A poem inspired by being a father to two daughters of my own.

One of my favorite hobbies is watching horror movies, especially those with scary monsters. However, I rarely get scared by them any more and, some time ago, one of my daughters asked me why. I jokingly told her it's because I'm a dad and there's nothing that can scare me any more as a result of that. After some consideration, I realized that would make a great poem and ended up writing this daughter-inspired piece.

Look at you wearing that old-fashioned hockey mask

Holding a butcher knife or machete with eyes full of rage.

You may think you’re terrifying

But, I, personally, have survived a pre-teen girl who went on a rampage.

So why don’t you once again focus on teenagers

Because, if you think you’re going to scare me, don’t even bother.

I, on the other hand, am raising daughters.

Raising your voice in anger or growling like a wild animal

But, I spend my days walking on eggshells

Because you never know what will set these girls off.

Yeah, one moment they may act all sweet and innocent

And even love their dad.

Just look at them wrong, however

Also, let’s not forget the various landmines throughout the house

Whether they are naked Barbies, other toys or pieces of board games.

I really hate to say this.

But, they would make a hunter like Predator envious and put it to shame.

Not to mention the glitter that seems to be everywhere

It sticks to everything and, if it gets in your eye, it can be quite blinding

Even on the rare occasion the kids are actually minding.

So, while you may be terrifying

I can honestly say you have zero effect on me.

In fact, you could say, over time, I became immune.

Because anything you could do won’t be as scary as what’s underneath my own roof.

You may be some big, bad and scary monster. But, I am a father.

And, just in case you forgot,

This makes me laugh everytime I read it... I just love it!

My daughter, when argued with, in her teens, used to race upstairs to her room and barricade the door. I have never understood how fast she could do it. Then she would not come out till she was ready. A moody female, yes,but all was well.She has now a respectable career as a social worker and today presented the family with Benjamin John Turner,weighing six and a half pounds, who is doing well. So don't worry about your daughter's emotional state. Moodiness in a daughter is not a sign of the path to damnation.

I feel the same about having taught 5 year children for 30 years. Me and 35 kids aged 5 years all to myself. Nothing phases me, scares me, surprises me. I can act unconcerned , keep straight-faced whilst trying not to laugh. Parenthood and Infants teaching - great training for life.
(and raising a family of sons isn't easy either )

Only One Day (A Poem)

A poem written in honor of our military veterans in observance of Veteran's Day. 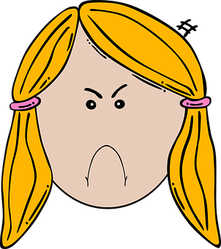 A short story about a stray cat that ends up in a shelter and finds his family.
80%  3   13 StevenHelmer
Poems

Only One Day (A Poem)

A poem written in honor of our military veterans in observance of Veteran's Day.
Loading ...
Error!