What If? by xkcd Author Randall Munroe: Bizarre and Hypothetical Science Questions Answered

Randall Munroe's book of humorously pondered scientific queries was Amazon's Best Book of the Month for September 2014. Any xkcd fan could have seen that one coming.

Randall Munroe cares. That's the crux of the matter. At least, he cares enough to find out the answer(s), no heed paid to how unlikely the scenario under scrutiny.

He's not like those scientists who roll their eyes, snicker, then fob you off with a 'that would never happen, coz no-one would attempt such a thing' or 'that breaks the Laws of Physics'.

Randall doesn't underestimate humanity's propensity to run with the ridiculous and embrace the absurd. He lives online, where the internet proves endlessly that if it can be conceived, some idiot somewhere will attempt it.

And if the hypothesis posed breaks the Laws of Physics, he'll say so, then work out the nearest equivalent to whatever was imagined that doesn't involve breaking the known universe.

Which is why we ask him our scientific 'What If?' questions. Falling over ourselves in a bid to out-do any of our peers in coming up with the most outlandish possible hypothetical situation to ever tax a logical mind. Then sitting back in gleeful anticipation, knowing that the answer will be hilarious and strangely informative.

Now Randall has collected together some of the highlights - and added a whole lot more, with over half being brand new content, never before published on the internet. Is it any wonder that his book shot right to the top of the Amazon best-seller list as soon as it was launched?

A classic before it even left the print shop.

I mean to non-scientists. People like me, who has never been trusted with the Laws of Physics, just in case I break them. But scientists love him too.

If science had looked like this at school, then we'd have all become rocket scientists. Except Randall Munroe, who left NASA in order to write a webcomic.

But the loss to the robotics department at Langley Research Center is most definitely our gain.

70 million of us flock to read xkcd every month. It's one of the most wildly successful websites in cyberspace. Practically everyone I know can quote at least one quip from it.

My own introduction to the wryly humorous, brilliantly observed and compulsively educational world of Randall Munroe came in a comment to my old Runescape blog.

This was back in the mid to late noughties, when my gaming had brought me into contact with a player burning pixel swastikas into a digital floor. I'd blithely inquired as to whether he was a Hindu. He assured me that he was not.

I pondered into the text box that maybe the gentleman had never studied History, and therefore wasn't aware that the icon he was forming - in constant repetition - was once the symbol of Germany's Nazi Party, thus linked irrevocably in many minds with the Holocaust. He duly informed me that the Holocaust never happened and... blah... blah...

You can pretty much fill in the rest by factoring in the fact that I wasn't going to let it pass.

Let's just say that it went on for over half an hour, and left me incensed that no-one behind the dozens of avatars gracing the GE that day - witnesses to our clash of ideologies - spoke up in support of my stance. I took it to my blog. I ranted, I raved, I talked of silence meaning approval and despaired of the Youth of Today.

Then, in the midst of a veritable mob forming of my readers - half of them tracking the player down in game; the other half grabbing the pitchforks and burning torches - my good friend Egghebrecht posted his comment. It was the image embedded above. My first, and still my favorite, xkcd comic Duty Calls.

I took the point and laughed, then followed the link back to Randall Munroe's website. Hours later, I'd totally forgotten about the Neo-Nazi in the MMORPG - and the indignant crowd unleashed upon him - because I was still giggling my way through the entire xkcd archive.

I've not really emerged in the intervening near decade. Which means that I've watched Randall Munroe's What If? blog bloom like a mushroom cloud detonated in gale-force winds. (Don't, is the short answer.)  It's definitely worth reading. All of it. And the book.

What If?: Serious Scientific Answers to Absurd Hypothetical Questions by the Creator of xkcd

Randall Munroe's What If?: Science at its Most Surreal

His Physics degree was certainly not wasted. It's put through its paces with glorious regularity, and the results inspire millions to take an interest in scientific inquiry. 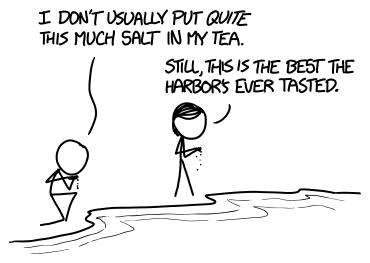 If I was to knock up a personal Top Ten Best xkcd Moments, you'd think they'd all be part of the comic strip.

There's so much going on which chimes with my own concerns - important stuff, like gaming, politics, media, tech support, velociraptors - that sometimes it feels like he's penning it all with me in mind as his target audience.

But my second favorite all time xkcd moment was featured in the What If? part of Randall's website.

This is a man who can even make math interesting and (on the surface at least) vital to know. There's no option but to be drawn in, when the topic itself is a good one. It's all that you ever wanted to know about science, but were too scared of the scientists to ask.

Randall encourages us to ask him anything. There's no withering disdain for the dreamers, the stoners, nor the liberal-arts types, whose grasp of science is shaky at best. He treats all hypothetical science questions as game on, and if it is possible to explore the possibilities, then it's downright challenge accepted.

The comic reproduced (above) gives a clue to what it was all about.

We all know that Americans can't grasp the rudiments of tea-making. But what if they were onto something, when they chose Boston Harbor over a tea-pot in their most famous attempt?  A surprising decision, so far out that it hadn't even entered left field, let alone come out of it. But progress is always made when humanity experiments with breaking the norm. Perhaps the tea brewing world missed a trick, when we decided to stay with the usual kettle and mug combo.

xkcd reader Alex Burman asked, and Randall Munroe explored the potential for lakes being transformed into the world's biggest cuppas.

Lake Tea was what the internet was built to host. Hilarious, brilliant flights of fancy coming one after another; short and sweet, yet with more citations than the average dissertation; teaching us about density, mass and energy in such an off-hand manner, that it took me months to realize that I'd even been exposed to Physics AND I understood it; chucking in legislation, history, sociology and mathematics too for good measure. Plus he illustrated it with xkcd type comics throughout.

It must have taken hours of research to produce just one nugget of pure internet gold.

Now Randall Munroe has given us a whole book of fabulously absurd scientific queries. Three hundred pages worth of hypotheses - all chucked into the mix by fans of xkcd - meticulously investigated, and concluded with humorous clarity.

Randall Munroe's What If? Kindle eBook

At the time of writing the hard copy is the number one best-seller in Amazon's Science and Scientific Humor category. Number two is the same book, formatted for Kindle!

How Do You Go to the Toilet in Space?
Zero gravity presents its own challenges, not only for answering a call of nature but other things too. Ingenuity is needed when everything wants to just float away.

All About EVP: Talking with Ghosts Through White Noise
Have we hacked into Heaven? The proponents of Electronic Voice Phenomenon claim that we have done just that; and conversations with the dead are the result.

Halifax Explosion: The Largest Man-Made Explosion Before Atomic Bombs
1600 dead. Over 9000 injured. 400 permanently blinded. One of the greatest single day disasters of the First World War didn't happen on the front line, but in Canada.
Updated: 11/12/2014, JoHarrington
Thank you! Would you like to post a comment now?
4

LOL Science proved and mathematically checked. Now for my natural inclination to break the system. What can I imagine that won't be there.... mmmm... has he done a comic about St Tydecho?

It is a proof for the plausible existence of a relevant xkcd comic for every situation. In reality all it says is that the closer we get to an infinite number of xkcd comics, the more likely it is there will be an xkcd comic for any situation (all the way up to 1 or 100%) given that we don't get a page not found error... which is like, duh, because infinity.

It made me so happy, especially to have come across it just after chatting here haha

We shall play it again. Often.

Awww! I can see the book context. Now to work out the xkcd context. What/who did he lose? OMG! I hope it isn't a teddy. They get scared!

Aww man, wish I'd been there for that... It's like a game I'll play with myself for lolz anyways.

LOL There was one night in the Skype call, ages ago, when something similar was said. We kept going until there was a fail, but I can't remember what it was. Then again, we were searching via actual subject. There probably would have been one that indirectly fit the bill.

Link on the comic pl0x!

I do love xkcd. Always for the win.

He's brilliant. I can't remember when I first discovered his comics but I'm pretty sure it was sometime during my undergrad. I love him. I'm convinced that he's written a comic that could fit every situation ever. Like, you know, there needs to be a version of Rule 34 but for his comics specifically.

(In fact I even remember reading a scene in your fiction and thinking 'this exact moment has been illustrated by an xkcd comic' ...it's fitting for many moments in and throughout as well, I still remember the specific comic too XD)

Excited about the book! :D

Jon Ronson follows a trail set by psychic operatives within the United States...

Israel calls it security. The rest of the world calls it a land grab and civi... 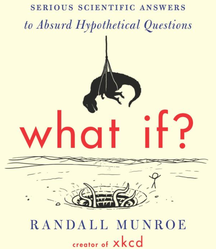 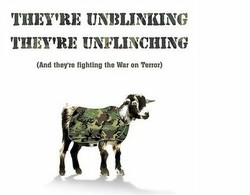 Jon Ronson follows a trail set by psychic operatives within the United States military and intelligence forces. His findings formed the basis of a movie of the same name.
87%  18   7 JoHarrington
Non-Fiction 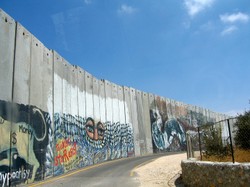