Say I Love You to a special lady any day of the year with a red heart necklace. For Christmas, Valentines, birthday, anniversary, or whenever, Rubies or Garnets, will thrill her!

Need a special gift for your sweetheart for a special day? Think hearts! Everyone recognizes the heart shape as a symbol of love, and nothing will thrill her more than a gift of jewelry.

Jewelry is considered by many ladies to be the perfect way for a gentleman to say "I love you."
Heart shaped necklaces or pendants are a natural choice, and red is the obvious color. In addition to being the traditional birthstones for January and July, Garnets and Rubies are time honored choices for red heart necklaces,

But, we may be making a mistake if we relegate red heart jewelry to Valentines Day. Although many associate it with romance, the heart is a universal symbol of love for our friends and family, too.

So, the red heart necklaces you see here may be just what you need to let your little daughter know she's special, to congratulate your best friend on attaining a special achievement, or to tell your sister that you'll always be there for her.

A garnet is a natural choice for a gift of love, as this gemstone symbolizes love and compassion.  It's also said to increase a lady's passion for her true love.  (Read between the lines!)

This dark red beauty shown below is a natural garnet cut in the shape of a heart.  It comes accented with three natural white topaz gemstones, and comes on a 14 k gold chain.

Other significant meanings for the garnet:   It's the January birthstone, as well as the official gemstone for New York, and also Connecticut's state mineral.  They are believed to promote success in business, and represent faithful friends.

Gernet is a Middle English word meaning dark red, and that's where the name garnet comes from.

Although we think of the garnet as a dark red gemstone, that's not always the case.  While red is the most common color, they are also found in other colors, including green, yellow, orange, purple, brown, pink and blue.

There is even a rare color changing garnet that resembles the Alexandrite.

They can be either clear or opaque.  The clearer ones are more often used in jewelry, while opaque ones have industrial uses, especially as abrasives.

Find Your Own Garnets

If you're the adventurous type, you can go mining for your own garnets.

In New York's Adirondack Mountains, you can tour the Barton Garnet Mine, and even prospect for your own beautiful red gems!

The four precious stones are:

Rubies and Sapphires are a form of the mineral called Corundum.  Corundum is one of only a few naturally occurring clear (transparent) minerals, and comes in a wide variety of colors, depending on what "impurities," or elements are present.  If that element happens to be chromium, then the corundum will be reddish in color, and that makes it a ruby, the most valuable form of the mineral.

To learn more about the various colors of corundum, and jewelry produced from it, see this article.

The ruby is the birthstone for July, and is said to symbolize royalty, vitality, friendship, love, devotion, and happiness.

In ancient times, rubies were laid into the foundation of buildings to ensure good fortune.

It is second only to diamond in hardness value, and can be just as valuable... in some cases, more so.

From a color standpoint, rubies are a less deep red color than garnets, and may even be in the pinkish red range.

Created Does Not Necessarily Mean Fake

When you are selecting a piece of jewelry containing a ruby or rubies, you will probably notice that the stones are described as either 'natural' or 'created.'

It may surprise you to learn that both have the same chemical makeup, as opposed to imitation or fake rubies, which do not.  The lab uses the same minerals and same physical process to 'grow' the gem, but speeds up the time frame.

Natural rubies are those that are mined from the ground, and, as explained earlier, they are a form of the mineral corundum that contains chromium, producing the red hue.

Created rubies are made in the lab, using the same minerals that make up naturally mined ones -  corundum with chromium, so they are chemically the same.

Large mined rubies are uncommon, so they'll usually be smaller than lab created ones.  Because flaws can be minimized, and color more controlled in a lab setting, the synthetic ones are generally less flawed and redder than natural ones.  But, really big, completely flawless ones are probably neither synthetic or natural, but imitations.

Quality synthetics are usually somewhat less expensive than comparably sized and colored natural ones.  But, if you see a piece featuring a large deep red stone purported to be a ruby  offered at $13.99, that's no ruby!

CruiseReady, The color range and the color-changing possibilities in garnets appeal to me. Do you prefer created or natural rubies?

Yes, rubies are special, but I think I actually prefer the richer tones of garnets.

I enjoyed your explanations of what makes a ruby and how they can be natural or created. I didn't know all this. I love gems but know very little about them. Rubies are beautiful :)

A gold heart locket is a special form of jewelry - one to be treasured, both ...

Cards to use when giving coffee as a gift to a java lover on Valentine's Day.... 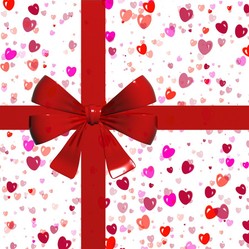 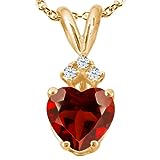 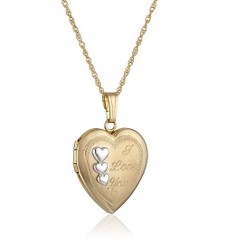 A gold heart locket is a special form of jewelry - one to be treasured, both for its inherent beauty, and for its deep meaning of love or rememberance.
100%  20   14 Mira
Valentine's Gifts for Her Cards to use when giving coffee as a gift to a java lover on Valentine's Day. Valentine's cards with coffee-related quotes or with cups of joe in the design.
Loading ...
Error!