What are Reiki Symbols

and how are the used?

In 1922, according to tradition, Sensei Mikao Usui meditated upon Mt Kurama seeking wisdom. While there he had a great revelation and was given the knowledge of what he came to call the Usui System of Natural Healing or Usui Reiki Ryoho. Later he added the 3 symbols taught during Reiki training.The Master Symbol was not used by Sensei Usui and it is thought that Dr Hayashi added that later.

In the systems of teaching developed by Dr Hayashi in Japan and by Mrs Takata in the Western world, the Reiki Levels were brought in and the symbols taught at the Second Degree, or Second Level, sometimes called a Reiki Practitioner.

As later Reiki traditions were founded and people have meditated on Reiki in their own practices new symbols have been revealed. These are what I call the non-traditional symbols.

Most Reiki Practitioners are taught to use the symbols in what Taggart King from Reiki Evolutions calls a Reiki Sandwich. Cho Ku Rei - Symbol - Cho Ku Rei

Experience has taught me that this isn't necessary.

My theory is that the Reiki Symbols, whether traditional or non-traditional, are icons and just like the icons on your computer, they provide a shortcut which links you to Reiki intentions. The important thing to remember here is that the Symbol is not the Intention.

As taught by Sensei Mikao Usui

Activates and empowers, balances and cleanses.

Use this symbol to remove negativity and cleanse a space before doing Reiki. It can help to clear negative (or what I call stagnated energy) during a Reiki treatment.

Purifies and helps to release trapped emotions, useful for illnesses caused by stress or emotions connected to past events and traumas.

Absentee healing and healing across the space-time continuum. Allows the practitioner to heal someone across the room or across the world and send healing energy into the past or the future.

Symbols can be drawn mentally, physically or through gesture. I've even drawn them using eye movement. I've talked to more than one experienced Reiki Practitioner who told me that over time they found they didn't need to draw the symbol at all, they just needed to say it or think of it, or focus on the intention behind the symbol.

The Dai Ko Myo, or Master Symbol is used for meditation, for empowering Reiki to a higher vibrational level, and for attuning others. I've seen mention in one place that it should only be used for meditation, but I've used it during treatments on many occasions to good effect.

As with the other symbols, intention is everything.

Use this symbol to increase intuition, enhance soul healing and strengthen the aura. 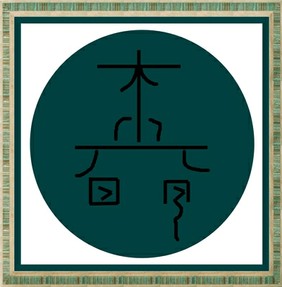 from a range of Reiki Schools

As Reiki has grown and evolved in the Western world several new schools teaching Reiki have emerged, each with its own style of teaching and traditions. The founders and people within these schools have channeled or otherwise discovered new symbols which they teach within those Reiki schools. I call these the Non-Traditional Reiki Symbols.

If a symbol resonates for you, I would suggest learning more about it and the Reiki tradition to which it is connected.

This is used by some people in Usui Shiki Ryoho Reiki for manifesting. I combine the reversed with the traditional Cho Ku Rei to create a doorway through which a journeyer can walk.

Some substitute this symbol for the traditional Dai Ko Myo.They can be equally powerful so I suggest using whichever feels right to you.

Cleanses and joins the chakras, represents the Kundalini energy and is used during the attunement process in some traditions.

Used within some Reiki traditions to close the connection between the Reiki Master and student after an attunement.

A Reiki symbol which was channeled by me during a Reiki meditation. It is the point between the physical and the non-physical self and a bridge between the two. Use it to connect to Spirit.

Who Are You Trying to Heal?
When my ego is in balance, I can offer the service of healing from a place of acceptance, instead of using it to meet my own needs. Continue reading →

Mirror Gazing
Since 2014, for over 2 years now, I have lived in a home that does not have mirrors in it. My only glimpses of my face are when I happen to use the vanity mirror in th...

More About Reiki from NanLT

This is interesting. I'm a Reiki Master too, and was taught that the symbols are sacred and shouldn't be shared. But if everyone is born with the ability to carry out Reiki, after an attunement, why not? I need to ponder on this some more, I think.

Fascinating. I had thought that Reiki was an older discipline.

Reiki is a Japanese technique that reduces stress and promotes relaxation.

A selection of Reiki inspired items which would make an ideal gift. Jewellery... 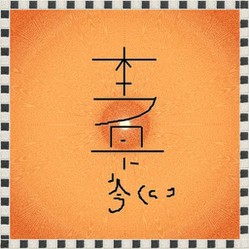 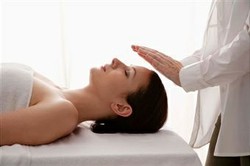 Reiki is a Japanese technique that reduces stress and promotes relaxation.
32%  2   3 NanLT
Reiki

A selection of Reiki inspired items which would make an ideal gift. Jewellery, cards, and more.
Loading ...
Error!