On January 6th there is a mad frenzy to take down the Christmas decorations. That tradition is more modern than you might think.

So much superstition has grown up around the removal of decorations from our homes. It was a fertile realm of religion, myth and legend to begin with.

But the stories that we associate with it now were political in origin. All of that bad luck was most likely a government official sniffing at your doorway.

It was all part of a campaign to make Christmas go away; at least in the form in which we know and enjoy the festive season today.

Decorations are Removed on January 6th

Dire warnings of bad luck await those who dare to buck the trend and leave their Christmas decorations up beyond Twelfth Night.

Last year the date was just not convenient.

Everyone in the household was working and we all had plans for the evening. It would have been much easier and less stressful all around if the Christmas decorations could be removed on the 5th or 7th.

But that's not the way things are done.

In the overwhelming majority of British homes, the tree, streamers and cards have to come down on Twelfth Night. If even a strand of tinsel remains at midnight on January 6th, then bad luck will plague us for the rest of the year.

Red-faced with rushing and irritability, my mother marshaled every member of her family into getting it all down. My father muttered things about superstition. I questioned the historical imperative. My mother demanded that someone get the ladders, and just get that blasted star down, because she had too much to do, and she wasn't about to stand here arguing.

Sometimes it's just easier to go with the flow.

When do you take your Christmas decorations down?

What's the Panic All About?!

Superstition and Tradition; plus what the neighbours might be thinking... 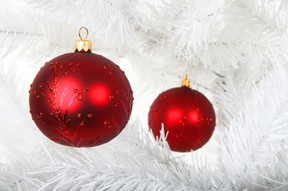 The issue here is two-fold. The first is an instinct of protection for home and family.

If it's bad luck to leave the decorations up past Twelfth Night, then why risk it? No-one wants their loved ones to suffer, even if the basis might be superstitious in origin.

Plus it might be true; and who does it harm to hedge your bets?

The second is that it's a tradition. Visitors to the house, or simply those walking by in the street outside, might see the decorations still up.

At the least, they might think our house is now plagued with bad luck. At worst, they might assume we don't know how to care for our own home. It's a matter of pride, akin to the pressure which would have seen my grandmother's generation scrubbing their doorsteps until they gleamed.

Did no-one ever stop to think how this tradition might have come about?

Discover More About Christmas Traditions Around the World

Buy these books to understand more about Midwinter festivals and how people have marked them through the ages.

Twelth Night: The Remnants of a Christmas Period

Or how the twelve days of Christmas became just one and a few recovery days. 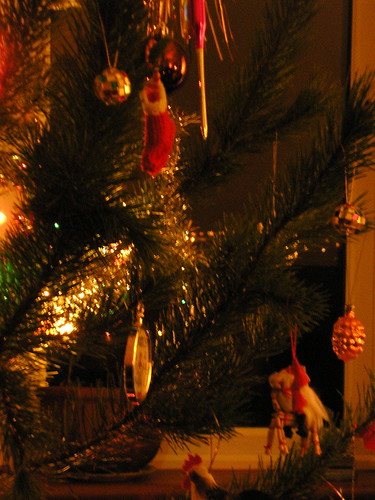 January 5th is Twelfth Night. The rush to get the decorations down on the 6th represents an acknowledgement that Christmas is now officially over.

Some confusion might arise from the fact that, outside the Epiphany of the (western) Christian calendar, there is nothing special about the twelve days of Christmas anymore.

Presents are given on Christmas Day; the New Year is celebrated on the night of December 31st, then it's just a slow slide back into work and the everyday routine of the rest of the year. But as with anything which makes no sense in modern society, there are more ancient traditions at work here.

In the west, the Christmas period used to be celebrated as the whole twelve days. Presents weren't just handed over on the 25th, but on each day from then until January 5th. The rich kept open houses, in which the local poor could collect alms each morning until Twelfth Night. Royalty bestowed titles; theaters laid on special plays (including a very famous one by Shakespeare actually called Twelfth Night); and people visited each other for the entire period.

However, Christmas also has a long history of political and religious tension. This is particularly true of Britain, where Catholicism and Protestantism have violently clashed, then both come under siege from the twin forces of commercialization and Atheism. The whole sorry saga has been brilliantly chronicled by Professor Ronald Hutton, in his seminal study entitled Stations of the Sun: A History of the Ritual Year in Britain.

The important point to make here is that there was a concerted effort by various religious factions to reduce the festive period. The ultimate aim was to abolish it in its current form completely. The birth and epiphany of Christ had to be marked, but not with patently Pagan celebrations. They were only partially successful. The reduction took place, but the festivities went on.

Glimpses of this historical extended Christmas do still remain. Each year, carol singers perform the song 'The 12 Days of Christmas', which blatantly talks about someone receiving presents for the entire period.

Then, of course, there is the rush to remove the decorations on Twelfth Night. In some ways, this could be viewed as an unconscious rebellion against taking them down on December 26th. Though that was never openly suggested, it must have seemed an inevitable next step at times.

This seasonal song recalls the tradition of giving presents throughout the Christmas period.

Gift Ideas for the 12 Days of Christmas

Purchase story, song and poetry to truly discover the magic of this festive period.

The Importance of Twelfth Night

How we are all saved from the forces of darkness and misrule. 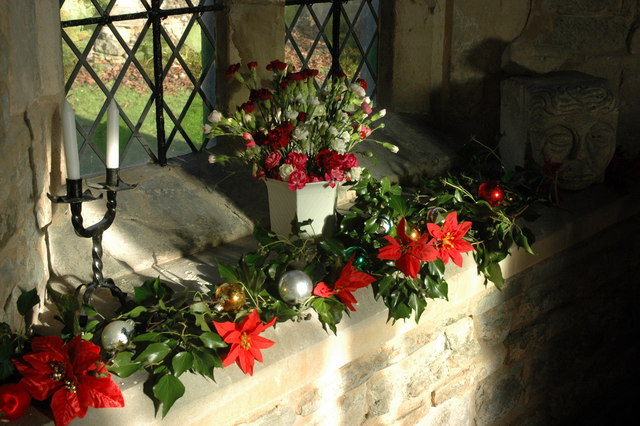 Those campaigning Christians, in the 17th and 18th centuries, were right to point the finger at the Paganism inherent in the Christmas celebrations.

Any study of the scriptures would be hard pushed to locate a shred of tinsel in the Nativity, nor did Jesus Christ ever pause in his ministry to hang a bauble on a tree.

But the real fault lay with their much earlier counterparts who, if they ever wanted to convert whole communities to the teachings of the Christian church, were going to have to compromise on some things.

The whole festival owes more to Pagan traditions surrounding Yule (or the Winter Solstice), than it does to the birth of Christ. Even the date recalls the birth of the Roman and Greek soldier god Mithras, whose worship was one of the major obstacles in evangelizing this new religion.

Elsewhere in the world, where the pressures from Roman Pagans were not an issue, the date of the Christ Mass differed. The Armenian Church celebrates January 6th, just as the Roman Church did until 354CE, when it was shifted as a direct challenge to Mithras. Now practitioners on both sides could celebrate on the same day in the same way, which paved the way for the emphasis slowly being moved from Mithras onto Christ.

More importantly, these twelve days arrived at a time of deepest natural darkness. The winter solstice meant that the days were at their shortest and night ruled the northern hemisphere. The decorations were a symbol of human defiance against natural forces, which would have us without color and brightness. It showed that we would not hunker afraid in our homes.

This sense of encroaching challenge also manifested in a feeling that something terrible was trying to attack our psyche.

In some ways, this was quite correct. If anyone was going to starve or freeze to death, then the middle of winter was the optimum time. Depression was a real and common threat. So the human spirit prevailed again.

For twelve of the darkest days, we railed against it with good times. We held parties and feasts. We gave gifts and danced. We sheltered each other's self-esteem with blasts of goodwill and companionship. Thus our families and our communities survived the forces of darkness and the ride of the Lord of Misrule.

Our ancestors understood this. Those decorations weren't just a rebellion of color, they were also a form of protection.

None of this was plastic and glass. The decorations were foliage and branches. They soaked up whatever evil presence might sniff at our doorways and then, once the period was over and we had all made it through, the decorations were ritually burned. They had done their job and the final act was the purification of flames.

This is the root of the belief that bad luck attaches itself to those who don't take down their decorations at the right time.

But when is the right time? And why only twelve days of Christmas?

That has its basis in the Catholic calendar, which states that no two religious periods may overlap. Twelfth Night signals the eve of the Epiphany, so Christmas has to stop then.

However this didn't affect the taking down of decorations until the late 19th and early 20th centuries. As secular feeling and industrialism cut a swathe between nature and humanity, we perversely paid more attention to the pressure from the church on such matters. Twelfth Night became set in stone as the date to remove the color, just as the Catholic church had tried to enforce for centuries.

Until then, it had all stayed in place until the beginning of February. This was Candlemas, when the first shoots of new life are apparent in the ground and winter truly has been survived.

Our homes were safe and it was finally time to turn our decorations in utter relief. Bad luck and goblins had been averted once more.

*bows* Glad to be of service.

If I hadn't already, you could have just requested it. I have no problem knocking up history pages, if it's something that I can adequately research (or better yet, already know about).

As I was just writing for my 12 days of Christmas ornaments page, I was wondering if Jo had any history written about it. Perfect!

Thank you for that extra information. Is that the nature of the Epiphany?

NORAD watches the skies in defense of Canada and the USA. But it's not just p...

Whether it's Nadolig Llawen or Nollaig Shona Duit, there are Christmas cards ... 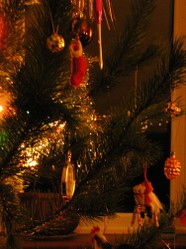 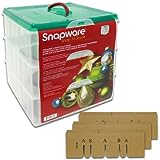 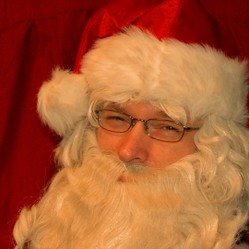 NORAD watches the skies in defense of Canada and the USA. But it's not just potential missiles they might spot on one magical night.
67%  10   5 JoHarrington
Christmas Traditions 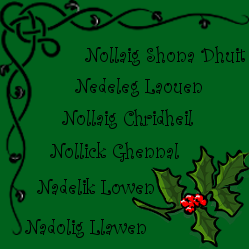 Whether it's Nadolig Llawen or Nollaig Shona Duit, there are Christmas cards to match. It's a beautiful way to convey seasonal greetings to all of your Gaels and Celts.
Loading ...
Error!