My wife bought this as a side dish for dinner last night. Read to find out why I enjoyed it.

Product Description: Frozen side dish from the Birds Eye Steamfresh brand consisting of pasta and broccoli in a light cheddar cheese sauce. This can be prepared either in the microwave or on the stove (I ended up making it on the stove) and my wife found it at one of our local stores yesterday afternoon while out grocery stopping. We made this to go with a steak dinner we were having last night.

A Great Complement for Steaks 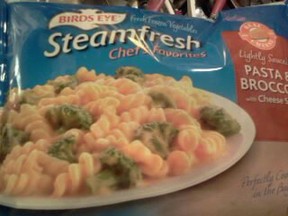 Even though I already had a couple steaks in the fridge, I knew our pantry was somewhat lacking in the side dish department and, since I knew she was going to be out shopping anyway, I asked my wife to pick up something to go with the meat. She ended up purchasing two bags of this product.

My original intention was to prepare this frozen side dish in the microwave, something that consisted of just one step since it would cook right in the bag. However, as it turns out, I must have been much more tired after work than I realized because, in a moment of pure stupidity, I ended up cutting open the still-frozen bags. As a result of this, I wound up having to follow the stovetop instructions instead. Fortunately, as it turns out, this didn’t make much of a difference. The pasta was still pretty decent.

Cooking the pasta on the stove, while not as convenient as in the microwave, proved not to be overly difficult. It was still the same basic concept only, instead of steaming the pasta and vegetables in the bag, I was steaming them using a little bit of water and a covered pot. And, while a little more work, the side dish did turn out as well as expected.

I did find I liked the cheese sauce on this pasta. It was light. But, it was also still full of flavor and, even though my taste buds were somewhat messed up by the peppery steaks, it was enjoyable. I also thought the pasta and broccoli were cooked to perfection.

Another thing I liked about this product was the size of the broccoli. A lot of other products like this tend to use oversized pieces and I’m not a fan of that because they are sometimes hard to chew. This product used smaller pieces. They still added a nice amount of vegetables to the dish but the individual chunks weren’t too large.

I may have screwed up a bit when making this pasta and broccoli dish. But, it still turned out very well and made a nice compliment to our steaks. I do recommend this product as a result.

StevenHelmer, Thank you for practical information, pretty pictures and product lines.
In particular, I appreciate gathering information about the quality bagged, boxed, canned, frozen, jarred products that help me extend what I prepare fresh when guests and re-serving requests outnumber what I (under)calculate.

Does the word light refer to the cheese or the sauce or both?

My wife purchased this product a couple weeks ago. Was it worth the money she... 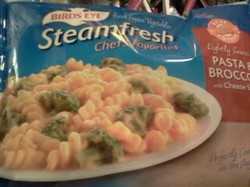 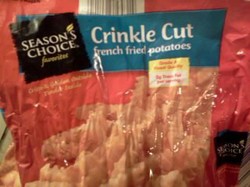 My wife purchased this product a couple weeks ago. Was it worth the money she spent on it?
58%  2   7 StevenHelmer
Other Food & Cooking