I purchased this product at Walgreen's a couple days ago. Read to find out what I thought of it.

Product Description: Butterfinger peanut butter cup-flavored ice cream bars from the Nestles brand. I purchased a box of 5 bars for a little less than $5 while doing some other shopping at Walgreen's a couple days ago. My wife and I have had a couple of these bars each, usually as an after-dinner dessert.

I had to run up the street to Walgreen's the other day for a couple items and, while there, passed their freezer section. I wasn't really looking to buy ice cream. However, I saw this product in one of the freezers and, thinking it looked somewhat different, decided to give it a try.

My wife and I have now eaten a couple of these ice cream bars each and, while they aren't bad, I honestly don't think they are anything special.

One of the things that attracted me to this item originally was the quantity. There were five bars inside the box. Most other products that were in the same freezer only had four and I figured this product would be a better value as a result.

However, while there were more bars inside the box, they turned out to be somewhat on the small side, at least when compared to similar products we've had. This did end up being a bit of a disappointment because, with that in mind, I probably would have gotten more value from another purchase.

I probably could have overlooked this had the peanut butter cup ice cream been particularly memorable. Unfortunately, that just wasn't the case. It tasted similar to the Reese's Peanut Butter Cup Ice Cream bars we've had in the past.

As part of this, I also couldn't help but notice there wasn't anything about these ice cream bars that screamed "Butterfinger." In other words, had I not seen the label, there was nothing from the flavor that would have told me these were based on that particular candy bar. This, in itself, was one of the most disappointing things about this product because I love Butterfinger candy bars and was really looking forward to a product that was based on them.

These, again, are OK flavor-wise. However, there is also nothing about them that is overly special or memorable and I'm not sure if it is a product I will purchase again in the future.

StevenHelmer, Thank you for practical information, pretty pictures and product lines.
The picture looks like the ice cream filling is toffee. Is the peanut butter in the chocolate or the ice cream or both?

Was there a range of ice cream flavors or was there just the one?

I purchased this product while shopping at Costco. Read to find out what I th...

My wife purchased this product from Schwan's home delivery service a couple w... 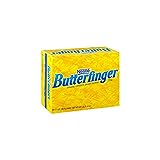 I purchased this product while shopping at Costco. Read to find out what I thought of it.
29%  1   4 StevenHelmer
Other Food & Cooking

My wife purchased this product from Schwan's home delivery service a couple weeks ago. Was it worth the money?
Loading ...
Error!