I decided to buy this and try it for dinner. Read to find out what I thought.

Product Description: Frozen Shrimp Pho Bowl meal kit from the Cedar Bay brand that is prepared on your stove top. I came across this product while at one of our local grocery stores yesterday afternoon and purchased it for $8.99. I wound up making it yesterday evening as a dinner for two for my wife and me.

It was pretty cold out yesterday afternoon and I wasn't overly enthused about leaving our warm house. However, our cats were out of food and, since I didn't want them to starve (or be pestered by them because they were hungry), I made a run to one of our local grocery stores.

Since I was there, I decided to pick up something for dinner. I was in the mood for something that was easy to make but was also a little different from what we normally have. After checking out the freezer section, I decided to purchase this product.

Purchasing this particular product did not come without some hesitation. The $8.99 price on this was a bit of a turn off, especially since it didn't make a lot of servings. In fact, I ended up spending extra at the store because I wasn't sure if it would be filling enough and decided to buy a couple other small frozen entrees to go with it.

The pho dinner wasn't too difficult to prepare. It was mostly bringing water to a boil and adding ingredients at specific times. I had the meal completely done in about 15 minutes.

However, I did have one incident where I was momentarily confused. The instructions made it sound as though there was only supposed to be one seasoning pouch for the broth but, when I opened the box, there were two. As a result of this, I wasn't sure if I was supposed to use both or if there was a packaging mistake and I accidentally received an extra one. I wound up using both and, fortunately, that did seem to be the right choice.

As far as taste goes, other than the rice noodles (which I have never been crazy about), I had no complaints about this product. One of my biggest fears when I was making it (especially since I added both seasoning pouches) was it would be too salty. But, that wasn't the case. The broth had a good flavor and there were just enough pieces of shrimp and vegetables to give the overall dinner much more substance than I was expecting.

In fact, this dinner actually proved to be considerably more filling than I thought it would be. I didn't need to make the other items I picked up because my wife and I were both full after one bowl each (though, to be fair, they were above-average-sized bowls). Even though I didn't have leftovers, I was satisfied with that.

This is still a little more expensive than I usually prefer to spend on a frozen dinner. However, if I were to find it on sale, I did like it enough to consider purchasing it again. I do recommend giving it a try.

StevenHelmer, Thank you for practical information, pretty product picture and product line.
What are the frozen entrees -- even though they weren't necessary -- that you and your wife chose to go with the shrimp bowl? Did your cats eat them or what did you all get for your feline sentients?

I purchased a container of this product yesterday evening. Read to find out w... 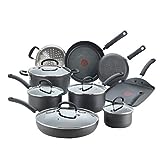 My wife and I decided to give this cooking series a try. Read to find out what I thought of it.
36%  1   5 StevenHelmer
Other Food & Cooking

I purchased a container of this product yesterday evening. Read to find out what I thought of it.
Loading ...
Error!