I purchased a couple of these at lunch today. Read to find out if they were worth my money.

Product Description: Fully-cooked cheese burger from the Kwik Trip Kitchen Cravings brand, available in their hot food section and consisting of a cooked hamburger patty, melted cheese and a white-bread bun. I purchased two of these cheeseburgers for $3.33 earlier today and ended up having them for lunch.

Now that it is warmer outside, I've been going for walks at lunchtime rather than driving home. And, as part of that, whenever I forget to bring some sort of lunch with me (or just get too lazy to pack one), I stop at the Kwik Trip up the street from my office and get something to eat. This includes their Kitchen Cravings Cheeseburgers.

The thing that attracts me most when it comes to this particular product is the price. The cheeseburgers (when they aren't on sale) are just $1.99 each or 2 for $3.33. This allows me to have a filling lunch without breaking the bank.

Admittedly, this probably isn't the healthiest lunch choice I could make and, because of that, I do avoid having these on a daily basis. But, the cheeseburgers are one of my favorite options when I do stop in to find something for lunch.

One of the main reasons for this is the burgers are surprisingly filling. They don't look like it when you first see them. But, I can usually get enough to eat by just having one and, because of the price discount when I purchase two, I can set one aside on days when my daughter has figure skating practice and I know I won't get a chance to eat dinner until late.

The burgers are also halfway decent taste-wise as well. I won't say they are the best I've ever had because, in all honesty, I've had better. But, I do like them better than McDonald's burgers and, unlike many others I've tried, they aren't dried out and tasteless. So, for the money at least, I do think they are pretty good.

Oh, and the fact I can buy them already heated is a nice plus too, especially since I'm not a big fan of the microwave we have at the office. That added convenience is something that only adds to their overall value.

As I said before, these aren't the best burgers I've ever had. But, the low price, convenience and half-way decent taste do make them worth the money.

I always warm them up first.

StevenHelmer, What do you do with the cheeseburger you save for during your daughter's figure skating practice? Is it lukewarm or stone cold?

My wife picked up a jar of this for our daughter's lunches. Read to find out ... 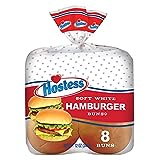 A review of the Kitchen Cravings Cheese Mountain Pizza that is available exclusively at Kwik Trip convenience stores.
30%  1   4 StevenHelmer
Other Food & Cooking

My wife picked up a jar of this for our daughter's lunches. Read to find out if it was worth the money.
Loading ...
Error!