A review of the Netflix baking game show hosted by Nicole Byer.

As I mentioned previously, my wife and I have been checking out the various baking shows on Netflix, usually watching them on nights when we can't decide on a movie. With few exceptions, we have enjoyed the ones we have watched. However, this is the one show I can easily say is my favorite.

There are a number of things I find I like about this series. One of the big ones, however, is I love the fact the contestants are amateurs with limited baking knowledge and skills. This, in my opinion, makes them much easier to relate to, especially since, while I like to cook, I absolutely hate baking. In fact, many of the contestants on this show actually do remind me of me, glancing at the recipe but ultimately just winging it (and usually failing as a result).

And, I have to admit, some of the contestants do wind up surprising me. I've seen some that looked like they were about to burn the kitchen down present desserts that were actually quite good considering their limited skills and time restrictions. That's not to say there were really any surprises as far as the winner goes, that has usually been easy to predict. But, some contests were definitely closer than expected.

I also like how the show judges go out of their way not to make too much fun of the contestants. I've seen similar shows (baking and otherwise) that kind of cross a line with that and they just aren't as fun to watch as a result. The judges in this series, for example, recognize the contestants are automatically at a disadvantage because they have a limited amount of time to duplicate a dessert that probably took hours to make and don't nitpick every imperfection.

Probably the only thing I would change on this series is, despite what I said about liking the amateurs, it would be good to have an occasional "all-star" episode with some high-end professionals competing for charity and bragging rights. But, even without that, this is a series I would continue to watch.

This is a fun series that I have enjoyed watching. I can't wait until there are more episodes.

StevenHelmer, Thank you for product lines, pretty pictures and practical information.
The library system here does not have Nailed It! amongst its Blu-ray and DVD collections. But it has a book published by the baking show creators and titled Nailed It!: Baking Challenges for the Rest of Us.

Would you happen to have read it?

A review of the Netflix series featuring bakers competing in a dessert compet... 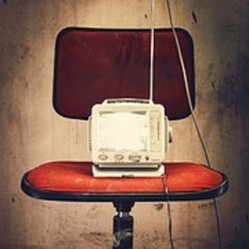 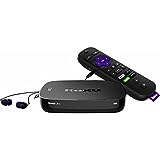 A review of the Netflix series featuring bakers competing in a dessert competition.
30%  1   4 StevenHelmer
Sitcoms & Comedies

My wife and I decided to give this cooking series a try. Read to find out what I thought of it.
29%  0   4 StevenHelmer
Thrillers