We decided to try this product on steaks last night. Read to find out what we thought of it.

Product Description: Prepackaged rub for beef, chicken and pork that is prepared with olive oil, balsamic vinegar and brown sugar and contains black tea. This product is available on the Steeped Tea website (www.steepedtea.com) for $14 per container. My wife and I recently purchased this and used it when we made steaks a couple nights ago following the instructions that were on the container.

Well Worth the Money 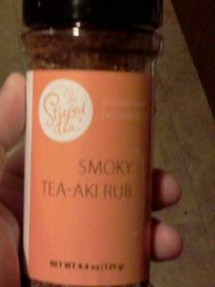 When it comes to meat, I tend to prefer to keep things simple. In fact, I really don’t like anything that is any more extravagant than salt and pepper. So, when my wife wanted to try this rub on some round steaks I had purchased, I did, in all honesty have some doubts.

Adding to my reluctance was the fact the recipe on the back of the container called for balsamic vinegar. I’m not a vinegar fan and usually do not like recipes that use it. However, since she wanted to try it out, I gave my consent. And, as it turns out, it was well worth it.

My wife used this rub before cooking the steaks in our slow cooker.  This actually allowed the steaks to seep in it a bit more than if we would have fried them or grilled them. As a result of this, we were a little concerned it would come too strong. However, this was not the case at all.

The rub actually gave the steaks a decent flavor. There was a bit of a kick that reminded us we used a little more than salt and pepper. But, it wasn’t anything that was overly spicy and, overall, I thought the flavor was much more unique than some of the store-bought products we’ve experimented with in the past.

The one thing that surprised me about this was the fact I couldn’t taste the vinegar. Mostly because of what I said above, this was appreciated and, by hiding that taste, it did improve the overall flavor of the steaks (which were also very tender thanks to us making them in the slow cooker).

In fact, the biggest surprise of the evening had to be our daughter. She’s a very picky eater and, even though she likes steak, she usually prefers it without a lot of bells and whistles (a bit like her father). She did, however, agree to at least try a bite of this and said she loved it. That, alone, made this worth the purchase.

As I said, I admittedly had some doubts about this rub when my wife first said she wanted to try it. However, it definitely lived up to the hype and, since I know I will get more than one use out of it, is something I do feel was worth the money. I know I would purchase it again.

I'm glad to hear how good it was, I would like to try this product also.

My wife purchased a box of these a couple weeks ago and I made them for dinne... 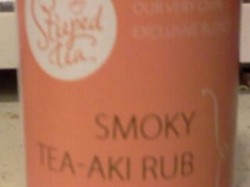 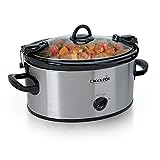 A review of the Kitchen Cravings Cheese Mountain Pizza that is available exclusively at Kwik Trip convenience stores.
51%  1   7 StevenHelmer
Other Food & Cooking 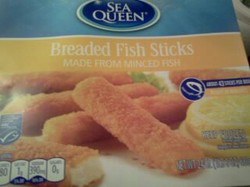 My wife purchased a box of these a couple weeks ago and I made them for dinner last night. Read to find out what I thought of them.
Loading ...
Error!