A review of the canister vacuum my wife and I purchased for our house earlier this week.

Product Description: Canister vacuum from the Filter Queen brand that promises deep-cleaning action, air filters that are rated higher than HEPA filters, a cyclonic design that never loses suction despite how full the chamber gets and a life-time warranty. My wife and I purchased this vacuum recently after an in-house sales demonstration earlier this week. 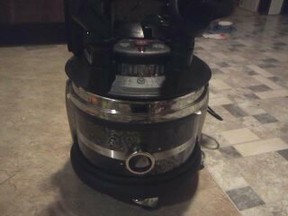 My decision to purchase this vacuum several months ago was something I made with some reluctance. While, at least from the demonstrations, the Filter Queen vacuum looked like a great cleaning device, I had enough doubts about it to justify saying goodbye to the pushy salesperson we had invited into our home.

However, my wife and kids seemed to love this product and the salesperson was willing to knock the price down considerably (though still expensive) plus give us $100 for our almost-dead vacuum so I pulled the trigger. Unfortunately, several months later, I am having buyer's remorse.

When we first started using this vacuum, we didn't have too many complaints about it. After all, it was new and a definite improvement over the vacuum cleaner we had been using for the past 8 years. But, as is often the case with many products following the honeymoon period, once we had it a while, we all started to realize it wasn't as good as we first thought it was.

First of all, the vacuum is actually kind of bulky. Like most canister vacuums, you have to pull it behind you while cleaning and, while it doesn't seem so bad from the description, this is something that can sometimes be a bit of an added chore, especially when we're trying to maneuver it down our narrow hallway.

There's also an issue when it comes to storage. There's no easy way to store the hose with the vacuum canister and, because of this, we actually have to detach it and hang it up in another room. Again, it's not something that looks like a big deal on paper. But, it's just an added step we didn't have with our other vacuum.

In fact, this proved to be such an inconvenience, we actually ended up purchasing another, more traditional, vacuum for days when we wanted to clean but didn't want to go through the added hassle of using the Filter Queen. And, unfortunately, when we did this, we also discovered another thing about the Filter Queen vacuum, it's just not as good as it was advertised.

I had actually used the Filter Queen a couple hours before we brought home the other vacuum cleaner. Based on what was promised to us, when we purchased the former, the new vacuum should have found little or no dirt to pick up. However, when we vacuumed with the new vacuum cleaner, it was almost full with cat hair, dust and other dirt.

Given what I paid for the Filter Queen (more than I care to admit), I honestly feel as though I was conned. This was sold as though it was the greatest vacuum ever invented. It is nothing more than a glorified Shop-Vac that will likely get sold (probably for less than $5) the next time we have a yard sale just to get it out of our house.

When we first purchased this product, I thought it was a great buy. Now that I've had it a while, the newness has worn off and I've seen how much better a new (much less expensive) vacuum cleans, I really am disappointed by this purchase.

I'll probably still keep it for cleaning out my car and other jobs that are better suited for a canister vacuum. But, if you have someone coming to your door offering to sell you this product, I highly advise against purchasing it because it just isn't worth the money.

StevenHelmer, Thank you for product lines, pretty pictures and practical information.
Sometimes I ask myself about my old-fashioned, stand-up, traditional vacuum cleaner that nevertheless is stored with all its parts intact and looks and works nicely going on 20 years. But then I go over everything that it does for me, and I don't want an update: Why fix it if it ain't broke?

Is there anything that you can do about the life-time warranty?

Do not buy. They do not stand but there product. Over priced low quality

I purchased these for a home reorganization project. Read to find out what I ... 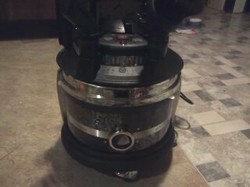 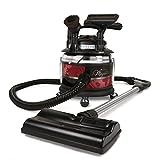 A short story about a stray cat that ends up in a shelter and finds his family.
17%  1   2 StevenHelmer
Housekeeping

I purchased these for a home reorganization project. Read to find out what I thought of them.
Loading ...
Error!