My wife picked this up for dinner last night. Read to find out what I thought of it.

Product Description: Pre-packaged frozen shrimp stir fry meal from the Wholey brand containing shrimp and vegetables in a citrus sauce and prepared in a frying pan on the stove. My wife picked up a bag of this product yesterday afternoon at one of our local grocery stores. She made it for dinner last night.

My wife had to pick up a few things from the grocery store yesterday afternoon and, since we didn't have any real dinner plans and the kids were already having something else, decided to pick something up while she was there. After considering a few other items, she ended up picking out this shrimp stir fry dinner because she figured it would be something we both would enjoy.

I've had frozen meals like this in the past and, based on that experience, began to wonder if it would be worth the money. After trying it, I'm sad to report it really wasn't.

I'll start out by saying there were a couple things to like about this product. The first was the convenience. Preparation consisted of adding the contents of the bag to the skillet and cooking. Unlike many other frozen dinners of this nature, there weren't a bunch of complicated steps to follow. And, as I've said before, convenience will always score points with me.

I also thought the stir fry had a good flavor to it. The sauce added just enough taste to the vegetables and shrimp without being overwhelming to the point it covered up the natural flavor of those items. It also wasn't too salty which, again, is a problem I've had with some similar products.

My biggest complaint about this product is the one I usually have with frozen dinners, quantity. This starts with the quantity of shrimp, which was used sparingly. But, it also includes the overall quantity of the frozen dinner as well.

Let's put it this way, I would not recommend buying this product as a dinner. Instead, there was just enough in the bag for us to consider it more of a side dish and we were very fortunate we had some other items we could prepare and serve with it so we had enough to eat.

If you are planning on having just this item for dinner, especially if there are more than two people eating it, you really need to buy more than one bag and that is something that quickly reduces the overall value of the product.

It has a good flavor and is easy to make. However, because of the lack of quantity inside the bag, I don't think it is a product I would purchase again.

My kids don't like shrimp (they like fish, just not shrimp and shellfish) so they wouldn't have enjoyed it as much. As far as college/high school get togethers go, it might be a good side dish but probably wouldn't be very filling if it was the only thing being served.

StevenHelmer, Do you think that your daughters might have liked the frozen shrimp and vegetable stir fry? The packaging and the quantity somewhat make me think of something that could be a space-filler at college or high school get-togethers.

I purchased this product this past weekend as a side dish for steak. Read to ... 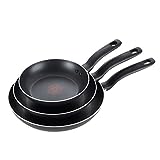 I purchased this product this past weekend as a side dish for steak. Read to find out what I thought of it.
57%  3   7 StevenHelmer
Other Food & Cooking