An American crowdfunding company has started a campaign with the aim of getting 1000 new projects from ten cities in Britain by the end of 2014.

US company Indiegogo is going round ten British cities hoping to convince entrepreneirs about the benefits of crowdfuncing to raise money for new projects, Crowdfunding is a way to raise money through a large pool of small investors rather than relying on banks and loan companies. The ten targeted cities are Birmingham, Bristol, Edinburgh, Leeds, Manchester, Newcastle, Nottingham, Norwich, Sheffield and Swansea

A mission to get British entrepreneurs to embrace crowdfunding is taking the message around ten cities with a roadshow that has the goal of prompting 1000 new projects by the end of 2014 attracting between them a million pounds worth of investment. The initiative has been taken by San Francisco based Indiegogo, a crowdfunding company founded in 2008 and which has had success in Britain but has been surprised at how little of this has been outside of London.

“A lot of companies outside of London are not hugely successful,” said Anastasia Emmanuel, marketing and UK country manager for Indiegogo, in Nottingham, one of the ten targeted cities. The other nine are Birmingham, Bristol, Edinburgh, Leeds, Manchester, Newcastle, Norwich, Sheffield and Swansea.

“I want to get the whole of Britain crowdfunding,” said Emmanuel. “You can access a global market from your sitting room.”

The UK is the company’s third largest market behind the USA and Canada, but most of the 700 live projects are based in London.

Campaigns range from cafés to film makers. Free cups of coffee or a role as an extra can often be rewards for investors. Bands looking to finance studio time will often offer free downloads. One of the most successful campaigns was for a new type of sunglasses, and a pair was given to each of the investors.

Crowdfunding is a way of raising money from the general public rather than relying on banks, investors and loan companies. Those that pledge money do so because they believe in an idea. There is no equity associated with the money they give but often there will be rewards or perks such as early access to the product if the project comes to fruition.

“Having gatekeepers such as banks telling you what can be funded doesn’t work,” said Emmanuel.

Companies or individuals with an idea they want to bring to market put the project on the crowdfunding company’s web site with a video and explanation of what they want to do and how much money they want to raise, plus details of rewards for making a pledge. The site will also show progress on how much money has been raised.

Indiegogo charges more money though for flexible campaigns than for fixed. On fixed campaigns, the company takes 4% of money raised. On flexible campaigns, it is the same amount if the goal is reached but if not they take 9% of what is raised. Also, most of the transactions are done through Paypal, which takes its own cut. These fees need to be taken into account when setting the target.

A typical campaign will last one to two months but with a maximum of sixty days. As well as raising money, the campaign also raises awareness and brings valuable feedback about the project. Each investor is a potential customer and evangelist for the idea.

For some, obviously. In fact, it is not unusual for companies to raise more then they need and Indiegogo advises them to plan for that eventuality. Emmanuel said that 87% of the companies that hit their target actually exceed it by more than 30%.

But when it comes to how many actually do hit the goal, she was unwilling to say, despite being asked more than once.

As the amount of money raised so far is always displayed on the web site and investors tend to be wary of projects that look as if they are not doing well, Emmanuel advises companies to have some investors ready to go when the project launches. These are normally family and friends. She said campaigns normally need to hit 30% very early if they are to attract more investors. Typically a campaign will take four to six weeks to prepare and can involve several hours work a day, which is why she advises investors to put a team together. This can not only extend the reach of early investors but provide essential help in promoting the campaign and answering questions from potential investors.

There is more information on the UK campaign here.

SteveRogerson, Thank you for practical information, pretty pictures and product lines.
Does Indiegogo indicate why the 10 cities were chosen? It must have something to do with available resources and investor interest, right?

How to deal with Collection Agencies, especially when they ste... 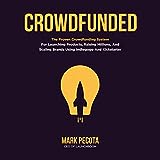 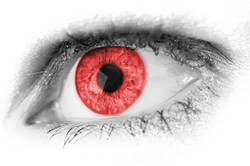 How to deal with Collection Agencies, especially when they step out of bounds and make you see red

Collection agencies are companies who specialize in collecting unpaid debt for other companies. They can be mean, threatening, ruthless, unethical, and cruel.
20%  0   3 JamesWhite
Finance