This is an picture tour of beautiful scenery in Colorado after a May snowfall.

We arrived at Denver, already thousands of feet high, on Wednesday, May 8. The weather was cold, with temperatures near forty degrees Fahrenheit. The sky was overcast, and a light mist was falling.

During the night the precipitation changed from rain to rain and snow. The snow was light and did not accumulate in the heart of Denver, but away from the center of the city some snow stuck to rooftops and trees.

May 9 was damp, and eventually the rain changed to sleet, albeit just a small amount. We did not do much that day except find a nice restaurant to celebrate my wife’s birthday.

This was day one of our trip.

May 10, a Trip into the Mountains

On Friday we went out in great weather, with the temperature a bit warmer and clearing skies.

Our first stop was at a coin show.  It was an indoor activity, and the stop went quite well.

Next, we drove to Boulder, Colorado.  The drive there was pleasant.  With the sky clearing the higher peaks in the distance became evident.  They were white with a snow cap.  The foreground peaks had new fallen snow, and the closer mountains were a mixture of white and green.  The snow was evident, but the snow did not cover the peaks completely.  The scenery was stunning.

In Boulder we found Pearl Street, a pedestrian mall.  We found food, and spent some time walking among the small shops.  The mall had rectangular raised flower beds with blooming tulips, each bed a different color.  Some had finished, but others were in full bloom.

After Boulder we went to Estes National Park.  The road went higher, and soon we were in temperatures below forty degrees.  Snow still was in patches on the mountainside.  It was right up to the road.  The scenery was spectacular.

Unfortunately, once we reached the park we had to turn back.  It was getting late in the day and the roads might freeze after dark.

On May 11 we went to Golden, Colorado.  We ate in a historic building that had served as the first capitol of Colorado in the 1860s.  The entire area was historic.

Golden would have been a difficult drive the day before, since it is high enough that snow was predicted even after the weather in nearby Denver had improved.

We next went to find the shrine to Mother Cabrini.  It was even higher, and snow was still present on the sides of the mountains.

The shrine is located near the original convent, which overlooks Denver.  The story is that Mother Cabrini went to Colorado to minister to the Italian miners.  She chose the location herself.

May 13 was our departure for home, but not until well after lunch.  The scenery from the road to the airport was even better, with more of the back mountains visible.  I assume we had gone higher and could see more.

On Sunday it was Mother’s Day.  We went to the cathedral for 10:30 Mass, which turned out to be a Solemn High Mass.  Next, we searched for a nice restaurant.  This took some time, but we went far enough from the big buildings to get a better view of the mountains.  Now the lower mountain peaks were snow free, which made the back range of snowcapped mountains really stand out.

Since most of the day was gone, we went to a game room at Dave and Buster’s for a little relaxation.

For me this was a wonderful experience.  Where I live, we do not have mountains, and rarely see snow.

The introductory image is my own.  My apologies for the reflections in some of my images, they were mostly shot through a closed car window.

I did not notice the pattern. As for clean, the place is much cleaner than my home area. The altitude did not really affect me, but m wife had a reaction to the altitude.

blackspanielgallery, Thank you for the photos, practicalities and products.
Did you notice the lovely frost pattern on the windows to scene 4?
The article "Cold Pursuit: Another Colorado Movie Not Filmed in Colorado" in Westword Feb. 8, 2019, emphasizes that Colorado historically and presently has "lackluster incentives and tax rebates" to production companies. Some production companies get criticized for environmentally unfriendly practices before, during and after filming. Is it possible that the Colorado stance is keeping the state cleaner, healthier and more wildlife-friendly?
Were there noticeable effects on you and your wife for so many altitude changes?

I enjoyed this trip because it was the first time I had visited the area. The Smoky Mountain area is closer, and the area I often visit. The two ranges are quite different. experiencing different vistas is better than constant repetition.

Mountains are amazing, they have their own charm. I had a glimpse of the Colorado river while taking the trip to Grand Canyon. It is so beautiful, that words fail to describe their beauty. You sure must have enjoyed taking a trip to Rocky mountains as this article describes. Since the name suggest rocks, I guess this is a rocky terrain with some incredible rock formations.

It was a good time to go, before summer heat sets in.

It sounds like a nice trip. I enjoyed your account and the photos. Mid-May is a great time to go into the mountains here as well. This year, however, we've had lots of rain this month.

Dustytoes, it was cold Thursday, and Friday morning. When we left it was getting over seventy degrees. Only one day was bad weather.

Frank, we did get to see much nice scenery. It is also important to handle obligations. We cannot take a vacation from religion, as you appear to be well aware.

I've never seen the Rocky Mountains and it looks as if you had a great time with decent weather, although sounds like it was cold!

You got much out of a short trip. It is good that you took the time to attend mass while on holiday.

Visit the Denver Zoo while in Colorado. Each zoo is unique and features diff...

This is one of a series of articles I will be writing on Colorado, the state ... 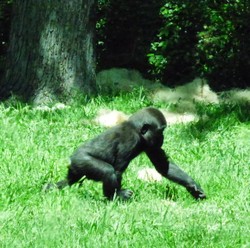 Visit the Denver Zoo while in Colorado. Each zoo is unique and features different animals. I have found the Denver Zoo to be a wonderful place for family fun.
32%  2   4 MBC
Colorado 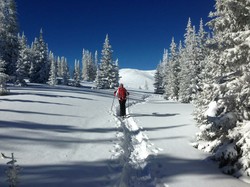 This is one of a series of articles I will be writing on Colorado, the state where I live and the wonderful things to see and do here. I just love the Rocky Mountains.
Loading ...
Error!