Romeo and Juliet is often thought of as a romance, but Baz Luhrmann's 1996 movie puts the spotlight on gang violence.

Baz Luhrmann’s 1996 adaptation of William Shakespeare’s Romeo and Juliet is a very modern version of the classic. Although it is abridged it retains the original dialogue which provides a wonderful contrast to a modern theme. I think in order to make this play fit into a modern day scenario, however, Luhrmann creates a type of gang war between the Capulets and Montagues. Luhrmann does an excellent job of contrasting the outdated language of the Renaissance with the pop culture of today and embraces the “live fast, die young” theme. His depiction of a gang war between the Capulets and the Montagues adds all the things that the modern world associates with gangs like drugs, sex, and guns, and pages and servants are replaced with each’s entourage. Prince Escalus is even portrayed as a Chief of Police. The Captain Prince, as he’s called in the movie, summarizes this adaptation’s theme best when he calls them, the Capulets and the Montagues, “enemies to peace”.

Why do the Montagues and Capulets Hate Each Other So Much?

It’s never explained in Shakespeare’s play exactly why the Montagues and Capulets despise each other, and although it’s not explained in the movie either, the opening scene helps to answer this question. The opening scene in the movie sets the tone for the rest of the movie. While in the play the opening scene is a scuffle that disrupts the peace, in the movie it’s depicted as a brawl that leaves a gasoline station up in flames. It’s worthwhile to note here that this scene also introduces the main players in the gangs. Tybalt, the Prince of Cats seems to be the leader of the Capulet gang and another noteworthy fact is that he and his gang all seem to be Latino. Tybalt wears a red vest with a depiction of the Sacred Heart on his chest that is often associated with Catholics, but also with Latinos as many of them are Catholic. This sets up nicely the discord between the Montagues and the Capulets as the Montagues are clearly all white. Surely this wasn’t what Shakespeare intended, but for the purposes of this movie, that is clearly the direction that Luhrmann is going.

Benvolio seems to be in charge of the Montague gang. While one would think it is Romeo, he’s too often not involved in their scuffles, with the exception of the main brawl that ends in the death of Mercutio and Tybalt. It always seems to be Benvolio that explains what happened to the Captain Prince and he seems to be the voice of reason, therefore, he seems the best suited for the role of gang leader. Also, in either the movie or the play, Lord and Lady Capulet and Lord and Lady Montague never direct a word to each other, conducting all dialogue through the Captain Prince. It is “their men” that conduct all the violence, as would be expected in a gang. This provides the viewer with a difference that can be a tangible source for their hate. Gang violence is often race related, and this is a theme that we as modern viewers can relate to.

To add to this hierarchy, Lords Capulet and Montague look like Dons. They really don’t need to speak to one another to convey this message but a scene in the movie that drives this theme home is the one after the gasoline station incident where the two are being chastised by the Captain Prince in his office. Not only do they look like Dons, but they are both wealthy and try to “talk” their way out of trouble later, after the deaths of Mercutio and Tybalt. In Act III, Scene I, Lord Montague says at the accusation of Romeo as the slayer of Tybalt, “Not Romeo, prince, he was Mercutio’s friend; his fault concludes but what the law should end, the life of Tybalt.” This is clearly an attempt to remove blame from his son. And Lord Capulet certainly acts like a Don when dealing with Paris. They are shown discussing a possible marriage with him and his daughter, Juliet, in a sauna, among other places, but I think the message here is that Lord Capulet is not only wealthy, but a man of leisure and conducts his business accordingly. It may be a grave generalization, but it is crucial in the selling of these characters.

Another tool that lent itself as a broadcaster of Luhrmann’s gang war portrayal, without polluting Shakespeare’s original dialogue, was the use of signs and brand names. In the gasoline station scene, the camera pans to a billboard that says, “Add fuel to your fire”. This happens just as Tybalt steps out of the car, in essence announcing that a bad situation was just about to turn worse. The billboard serves two purposes, in my opinion. Since Luhrmann chooses to leave out a lot of the original dialogue, mostly lengthy speeches, he acknowledges that this is a recurrent problem, without having a character actually say so. The Capulets and the Montagues are sure to start a fray if they encounter one another. Also, the billboard acts as a clever device to forgive the fact that the opening scene is taking place at a gas station, which is probably not how Shakespeare intended it. The stage directions in the play state, “a public place,” which could mean anywhere, but Luhrmann ties in the “fuel” pun as a metaphor for how things usually go when these two foes meet. Luhrmann continues this strategy throughout the entire movie panning to billboards that insinuate some sort of violence like the one that says, “Shoot forth thunder.” Once again, Luhrmann is suggesting the violence that plagues Verona is because of these two gangs.

An obvious problem that Luhrmann had to deal with was the conversion of swords into guns. In 1592, people in Verona fought with swords as indicated in Shakespeare’s play. It’s common knowledge today, however, that gang violence is conducted with guns. Luhrmann tackled this issue by taking advantage of our modern obsession with brand names and calling the guns used in the film either, “Longsword”, “Rapier”, "Dagger," or “Sword”. A clever camera shot pans to a close-up of the gun which has been engraved with its identification, i.e. either “Longsword”, “Rapier”, "Dagger,"or “Sword”. One can hardly deny the association popular culture has made between brand names and gangs. This adequately and effectively solves the problem and one can continue to enjoy the movie without any disbelief.

The dialogue Luhrmann chose for scenes with Benvolio and Mercutio, in particular, was essential in creating this gang loyalty and comradery. In Act II, Scene III, Benvolio and Mercutio have a lengthy dialogue where Mercutio basically mocks Tybalt and the two laugh and jest until Romeo arrives. Then, in the play, Mercutio chides Romeo for having left them the night before, but in the movie it’s portrayed as more like three guys talking trash. Mercutio, in particular, does an excellent job in the movie portraying a confident fellow that backs down to no one. This display is carried over to Act III, Scene I, where Benvolio warns of the Capulets’ arrival and Mercutio declares, “By my heel, I care not.” This is the sort of “tough guy” attitude that one thinks of when talking about a gang, and this goes along nicely with the “live fast, die young” attitude that Luhrmann is trying to convey.

A final observation on the dialogue and Mercutio specifically is that, in the spirit of trash talk, Luhrmann takes the dialogue and insinuates something it surely was not intended to. In the scene that coincides with Act III, Scene I, Tybalt asks to have a word with one of them and Mercutio replies, “make it a word and a blow”. According to the oxford English Dictionary, “blow” means a stroke or violent application, but that’s not the way it is perceived by the audience. Obviously, “blow” has other modern connotations and the way that Mercutio says it implies that he is suggesting that Tybalt perform a sexual act. This scene escalates as Tybalt accuses Mercutio of being Romeo’s “consort”, which according to the Oxford English Dictionary means partner, companion, or spouse. The implication in the movie is, however, ultimately trash talk, like a gang might engage in before a brawl. I find it interesting that this dialogue in the play sounds very serious and lacks the passion that Mercutio is able to give it in the movie. This was possibly another device that Luhrmann took advantage of to create this gang war.

In conclusion, “death to peace” is what the movie is all about. Yes, there is love and romance and a great tragedy in the making, but the fights between these two opposing sides take the spotlight. The gang culture takes center stage right away and Luhrmann creates, specifically with Tybalt, very colorful characters. The opening scene is unmistakably a gang fight and as I said before, it sets the stage for the rest of the movie. The difference in race and possibly religion answers the question of why the Capulets and Montagues hate each other so and the complex hierarchy that Luhrmann uses to replace servants and pages is the finishing touch in Shakespeare’s tale of woe.

This is so interesting, so many people actually do live by codes like these. I enjoyed your take on the gang wars. Thanks

What Makes a Tragic Hero Tragic?

All tragedies need a tragic hero or heroine, but what makes a character tragi... 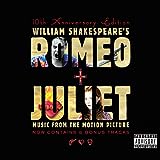 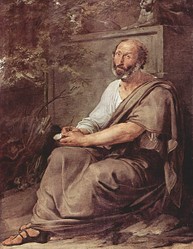 What Makes a Tragic Hero Tragic?

All tragedies need a tragic hero or heroine, but what makes a character tragic? Who are the most famous tragic heroes and what do they have in common?
100%  24   19 WiseFool
Stories