Mowgli is a fictitious character created by Kipling the Nobel Laureate. Nevertheless, the character is based on a discovery of a naked child in the company of wolves in India.

The bizarre discovery made in Central India during the British Rule was in the jungles of Seoni near Jabalpur. The village was called Sant Vavadi, and the wolf child was found by Lt. Moor. The story traveled far and wide and found mention in some of the acclaimed literature of those times. Eventually, it reached Rudyard Kipling who was born in India and had become an acclaimed author at a young age. Using his amazing creativity and imagination he crafted an intriguing tale of life in the jungles of Seoni Hills.

The escapades of Mowgli and the wolf pack still reside in our memory lanes, and the amazing narration fascinates one and all. Kipling wrote the accounts in his novel called "Jungle Book". It was the film called Jungle Book made much later which made the character of wolf child a global entity. The jungles are now protected for the sake of Sher Khan, Baloo, Baghira, and the lot. Now called Pench Tiger Reserve the characters of Jungle Book spring alive on an enchanting journey to Pench. Tourism is organized in the National Park for wildlife enthusiasts and holidaymakers who wish to relive in the Kipling Era and rejoice.

The jungles of Seoni Hills now encompass the surrounding region of Chhindwara, both in the State of Madhya Pradesh, and those that are spread into Maharashtra. The whole ecosystem is called Pench Tiger Reserve named after the River Pench which intersects the park and is the lifeline.

Politically the National Park is divided between the States of Maharashtra and Madhya Pradesh. The latter is also known as MP and Central India. The park has been carved out of remaining jungles full of birds and wildlife. On all sides of the reserves human settlements usually the tribal hamlets are situated. Urbanity is creeping in as townships grow and highways intersect. What was once a remote desolate place is now well connected with the outside world. These jungles find mention in "Central Indian Highlands" so well illustrated and written by James Forsyth in his book.

The reserve comprises the core that is inviolate, and only the forest staff is allowed to stay. No commercial activity except tourism in twenty percent area is allowed with much regulation. The ravage that took place during the yesteryears has finally come to a stop. And Mowgli Land is a secure place for Sher Khan. The tigers thrive in this reserve and their population is growing. The wolf is found in the outskirts of the reserve aptly called the buffer, sadly it is endangered and threatened by the overgrowing pool of humanity. Hopefully with the protection accorded to this conservation unit the charismatic canid will make a comeback.

This esoteric land is still captivating thanks to exciting animal watching opportunities and birding potential. The River Pench creates an interesting spectacle all along the terrain according to a panoramic grace to the destination. The river is dammed within the park and the dam is called Totlah Doh. This aquatic store is home to muggers, fish, tortoises, and turtles besides other aquatic life forms. It is the best place to watch wetland and shorebirds.

Mowgli is no more, but his companions are thriving in this Mowgli Land also known as Kipling Country. The mammals seen here are the tiger, leopard, sloth bear, bison or guar, wolf, hyena, fox, jackal, wild dog or dhole, Nilgai and Chinkara antelopes, sambar, chital, and barking deer. Recently a melanistic or black panther has been sighted here.

The targeted species are the tiger, wolf, leopard, sloth bear, and wild dog. Bison are found in abundance and easily seen. Most of the herbivores are common besides the wild boar and langur monkey.

There are more than 250 avian species comprising residents and winter migrants. Exciting forays can be made into the core area of the park on a jeep with binocular and spotting scopes. Winter is the best time to see the avian species but the resident birds in summer are no less striking. Targeted species are the Indian pitta, Malabar Pied Hornbill, white-rumped shama, black rumped flame back, paradise flycatcher, black-naped monarch, and many more.

Kaa the python is often seen on safari but most of the reptiles are less seen. The deadly snakes are common krait, cobra, and the viper mostly active in the night. Snake bite-related deaths occur in the villages and green fields though anti-snake venom is produced in India.

The floral biodiversity makes the reserve as enchanting as described in the Jungle Book. Mainly mixed forest zones are encountered along with bamboo. Pench forests are moist dry deciduous type drier than other reserves in Central Indian Highlands. 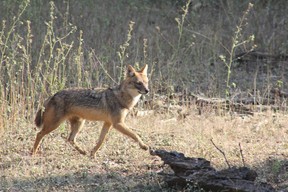 Tourism is organized in Pench during the whole year but the core area is closed for tourists in the monsoon. This period dates from July to September whence torrential rains create a slush everywhere and put stop to all tourism activities.

In order to explore this magnificent reserve excursions are organized during the day and late evening. Night safari is organized in the buffer zone subject to timings. For filmmakers and photographers, a full-day safari is available and is booked at the CCF Office.

In the core tiger safari at Pench is regulated and bound by rules. A permit is required to enter the core zone on an open jeep and this is a must. The safari permits are booked online at MPOnline Portal belonging to the State. This applies to excursions on the Maharashtra side as well and booking is done on their portal.

Pench receives nearly the same number but I presume less than Kanha and Bandhavgarh, Being a Kipling Country has brought it great fame. Open jeep refers to safari in the park only. For travel to other reserves taxis are available.

pateluday, Thank you for the practical information, pretty pictures and product lines.
Does Pench receive about the same tourist numbers as other sites or is it among the top 10?
It seems with the Jungle Book and Mowgli associations that it would be the latter.
I wonder about your description of open jeep ("In the core tiger safari at Pench is regulated bound by rules. A permit is required to enter the core zone on open jeep and this is a must.") access. Would it be possible to visit Pench, or other such tourist-beloved sites, by closed jeep?

As a naturalist/birder I love my job. But I also provide Seo for Digital Marketing and Contents and love both the jobs. Thanks!

Wildlife tourism in India is booming. The rare animals survive in protected a... 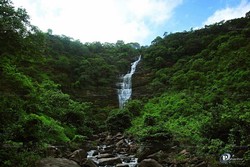 Filming Tigers in the Wild13 days ago

This is an article about Kanha National Park situated in Central India in the State of MP. The article informs how to organize a successful and enjoyable tiger safari in Kanha.
50%  4   5 pateluday
India 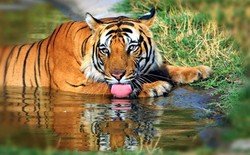 Wildlife tourism in India is booming. The rare animals survive in protected areas. These are hubs of immense biodiversity hence attract tourists from all over the World.
Loading ...
Error!