How to protect yourself from the harmful effects of "blue light" coming from your TV, computer or cell phone/tablet.

I’ve been thinking about buying a new television set and as I’ve started to research what set might be best for me I’ve come across many options in terms of size, features, cost and more.
While studying all the various choices on the market I came across some consumer cautions when it comes to eye health and light emanating from televisions, as well as other electronic devices such as computers. At first I thought this is just another overly protective message from the government or some special interest entity barking about the extreme chances of something happening. After all, what could be wrong with watching television, as long as you don’t view it with your eyes two inches from the screen?

As it turns out, there are some legitimate concerns being raised about the impact on eye health from watching electronic devices such as televisions. The impetus for much of this concern is that we use our eyes today much differently than previous generations. More and more of us are spending more and more time glued to our televisions, computers, smartphones and the like. How much more time? Studies show the average American spends more than four hours online, using their cell phones and on other electronic devices every day. Additionally, recent Nielsen ratings reveal that the average American spends about 34 hours per week watching live television, and another three to six hours watching recorded programs.

The Problem With Blue Light

So what does this mean for our eyes? Experts say that blue light, which radiates from digital sources like computers, smartphones, and televisions, can have an adverse effect on visual cells. In fact, researchers are learning blue light, found in sunlight and some indoor lighting, plays a role in the incidence and severity of age-related macular degeneration (AMD). That’s the disease that usually affects older adults and results in a loss of vision in the center of the visual field (the macula) because of damage to the retina. It occurs in "dry" and "wet" forms and is a major cause of blindness and visual impairment in older adults.

To combat AMD, we have macular pigments, like zeaxanthin and lutein, that act like “internal sunglasses.” These pigments protect and enhance vision, and are found in the center of the macula in the back of your eye. Internal sunglasses protect the cones and rods that are responsible for central and peripheral vision, respectively and can enhance vision as well.

The density of macular pigment is largely determined by diet, but can change as we age, becoming thinner or less dense and that can allow harmful blue light to reach and damage our eyes. The damage can include fatigue, strain, sleeplessness, and even more serious conditions like AMD.

Eye Strain and Other Problems

So how does watching television or using electronic devices cause a problem? According to the Vision Council, digital eyestrain is the temporary discomfort that follows two or more hours of digital device use. A variety of electronic devices can cause digital eyestrain, including televisions, desktop and laptop computers, smartphones, e-readers, tablets, and gaming systems, especially when they are used simultaneously or when switching repeatedly from one device to another.

Okay, but eyestrain can be dealt with, right? But, what is it about the ‘blue light’ emanating from our various devices that is the cause of concern? The U.S. National Institutes of Health has researched this subject thoroughly. As early as 1958, researchers found that different wavelengths of light, meaning different colors, can affect the circadian rhythm (e.g. sleep cycles) in mammals. Of all the colors in the spectrum, blues seem to have the greatest impact, they found. At first it was thought that these effects had no impact on humans. But later research found that indeed humans suffered from the same effect. How much of an effect? Quite a bit it seems. German researchers found a growing body of evidence that disruption of circadian rhythms may play a role in various “tumoral” diseases, diabetes, obesity, and depression. They sited the example of workers who are on night shifts and their experience of “increased morbidity and mortality for a number of diseases, including cardiovascular disorders and cancer.” This finding was of such concern that in 2007 the World Health Organization announced that shift work is a risk factor for breast cancer. That announcement caused the Danish government to start compensating some female shift workers with breast cancer.

Another study, conducted from 1995 until 2001, tested 72 healthy men and women in more than 700 experiments and found ‘blues’ are the strongest wavelength for suppressing melatonin secretion (melatonin is a hormone that impacts sleep).

Many other experiments have concluded that blues are more powerful in elevating body temperature and heart rate and in reducing sleepiness.

For the layman what blue light does is trick the brain into thinking it is daytime therefore causing us to believe it’s not yet time to sleep or rest.

So, what about televisions and computers? It turns out that such devices churn out huge amounts of blue light. And what can we do about it? Well, step away from your devices especially in the evening when bed time approaches – and don’t use your devices while in bed. But there are other options as well.

Amber glasses are one suggestion experts give. Actually, wearing a set of glasses with amber lenses can block blue light. And studies have shown wearing blue-blocking glasses – as impractical as it may seem when you are home watching TV – can actually improve your sleep and mood.

There’s also a computer app called F.lux that makes your computer screen adjust its color and brightness automatically depending on the time of day and your time zone.

Some other suggestions are to turn off all your house lights a couple of hours before bedtime or getting red or orange reading lights (they don’t give off blue light) – candlelight works well for this.

Not all blue light is bad. In fact, the sun gives off blue light and we all need some sunlight. But, getting it naturally from the sun by spending some time outdoors everyday, is far different from getting it from artificial sources.

So, what should I do as I search for non-threatening-to-my-eye health televisions? There are a number of companies that offer television and computer screens that you place on top of your monitor that for about $40 to $120 depending on your screen size are said to reduce the effect of blue light, although how that impacts your enjoyment of watching television or using your computer is a question. One manufacturer says you needn’t have the blocker screen on your television all the time, just a couple of hours prior to going to sleep.

But couldn’t television computer manufacturers address this problem by designing sets that have blue blocking protection built in? So far my research has found no such plans or existing products that feature such protective features.

As I plan to get a new television set I’ll keep in mind the protective measures I need to take. Perhaps you should as well.

TheWritingCowboy, What can be done about reducing blue light from e-readers, smartphones and tablets?

I've read of blue light affecting your sleep. I sleep in a completely dark room and try not to use the computer late at night before I go to bed. 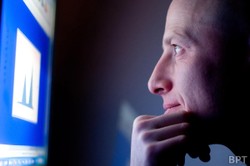 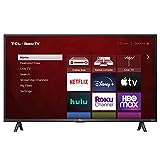 The Ice Bucket Challenge is raising lots of money for ALS, but how do you know whether a charity is legitimate or not? This article offers you tips and 'how to's."
98%  9   13 TheWritingCowboy
Newborn Health

Breast-feeding in public is sometimes controversial, as a recent incident in Beverly Hills demonstrated.
Loading ...
Error!