Saving the environment is a necessity, but there are many facets to environmental concerns. We must think, and often choosing to do good in one sense causes damage in another.

Saving the environment is important, and becoming more so every day. But, environmental awareness has many facets. We must be concerned with conserving nonrenewable resources, conscious of global warming, aware of the need for clean water and clean air, and avoiding adding to landfills. Then, there is the matter of not polluting the oceans. Environment responsibility cannot be summed into one axiom, and often several of these issues are impacted by decisions we make. So, while it is easy to say recycle, there must be a deeper concern, at what price? And, the real dilemma is how do we equate damage to a river against damage to the atmosphere, as an example?

One thing is easy to determine, reuse even by repurposing is usually a safe pursuit.

The following is intended not to discourage you, but to have actions taken after thinking things through.

A person decides to recycle.  The positive cannot be denied, natural resources that exist in a limited supply are being saved, and processing aluminum cans, newspapers, glass or plastic takes less energy than processing the raw materials.  In the case of newspapers we also save trees, which are, as long as they live, removing carbon dioxide from the atmosphere.  But, let’s say a person is recycling aluminum cans.  Well, the processing of cans has a lower impact on energy consumption than processing ore, which often means less negative impact on global warming.  We are making a simple case here where fossil fuel is burned to refine either the cans or the ore.  And, you do relieve the pressure on the landfill in your area.  But, if you have to bring the cans to a recycling collection center, you have to burn fuel, a negative.  And, most plants want the cans rinsed out, so you are using clean water, water that was treated with chemicals, and that will go down the drain to be processed with more chemicals at the sewerage plant.  What impact does making those chemicals have?  And, depending on your location, how much value do you place on clean water?  In some areas clean water is critically low.  The dilemma is simple, how much damage equals the good?  And, this may depend on your location.  Of course, if a truck is picking up the cans curbside, it will pass whether or not you contribute to the effort, so that takes your fuel consumption of getting your cans to the recycler out of consideration.

What we have is a complex situation where we have to compare apples to oranges.  There is no chart to help.

Emotionally, recycle is a buzz word so we want to do our part.  We can jump to the conclusion that it has to be best, or we can approach things logically.  Unfortunately, we do not have enough information to always make a decision.

A real difficult choice is when clean water is scarce.  Allowing lawns to die decreases the reflectivity of the earth, and increases global warming.  But, using water for lawns strains clean water resources.  Here, when to implement a reduced usage of water is important.  How far can a reservoir be drained before conserving the remaining water surpasses the responsibility of slowing global warming?  And, allowing the Earth to absorb more energy rather than reflect that energy to space has a role in increasing global warming.

Another dilemma is using an electric car.  This seems to be a clear decision, save burning fossil fuel.  But, that electricity has to come from somewhere.  And, in making it will there be a negative environmental impact?  One could argue that the power plant will operate at a predetermined level, so it really does not cause added environmental damage, but if hundreds of electric cars are being recharged simultaneously from the same grid the power production will have to be turnrd up.  Does that power plant burn fossil fuel?  Many do.  Yes, there may be a positive impact here, but is that electricity as clean as is advertised, or are people just not seeing the damage done producing the electricity?  So, electric cars nay be partially as beneficial as purported.

Solar energy has no obvious negative impact on the environment.  Wind power also appears to be a safe choice.  That is once the initial construction of the units is complete.  It does take a lot of resources to build a solar panel or a windmill, but the length of time they last makes the decision easy.

Another dilemma comes with the idea that we use our power consumption at night when there is an option, such as washing clothes.  Using electricity when there is a lull avoids overburdening the grid, and blackouts or brownouts can be averted.  But, suppose you have solar power.  Excess power made in the day can be sold to the power company, reducing even more the possibility of overburdening the grid.  But, suppose there is no danger of a blackout.  Selling electricity to the power company as an offset for what is used later seems benign.  But, a transformer is used in the process, and every time power is transferred from a primary to a secondary there is a loss.  Transformers never operate at one hundred percent efficiency.  So, there is a loss each way when selling back then buying electricity later.  Direct usage during the day is the best option for saving the environment by reducing the power needed by the power company.  The idea of using electricity during low usage hours is the best option except when solar power is involved.  Then, avoiding waste by losses transferring power twice is best.

The point I am trying to make is this is a complex issue, and simple ways of looking at such an involved set of issues of environmental awareness involveing multiple parts is a start, but we must dig deeper.  Look at every implication in what you are doing.  It is too easy to see one advantage of an action and automatically assume there is no negative consequences.  Act but think first.  And remember when it comes to the environment, no action is negligence.

Thoughtful article, one that should provoke consideration. Things aren't always as simple as they seem.

Some things are easier to see advantages with doing. Thanks for adding.

Rainwater saving is vital. I don't have a rainwater shower, as the sun's heat in North West England cannot be relied on, but I do capture as much rainwater as I can to water my plants.

I think more people should save rainwater, and use showers in the garden with water heated by the sun (no solar panel needed). And yet how many people do that?

This is a technically well-informed article which gets to the centre of the issue: how do we evaluate our actions. If we choose one criterion, e.g. minimizing CO2, we might lose on another criterion, such as preventing resource wastage. I suggest that there is no single criterion for this enterprise, and so we need to evaluate what we are doing through making a holistic picture of the world and what we are doing in it, and comparing this picture with a vision of the desired world state. I suggest that this will mean that our activities need constant refinement.

Air pollution is real. Look around and recognize it, then make your voice he...

Ecology has a multitude of different parts, but can be divided into two main ...

Once upon a time, life was like a domino game. Turtles, fishes of all kinds, ... 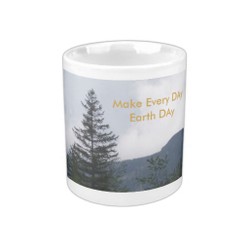 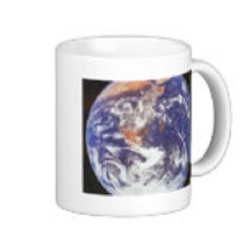 Air pollution is real. Look around and recognize it, then make your voice heard in an effort to curb it. It is he air you breathe that is at risk.
15%  0   2 blackspanielgallery
Environmental Problems 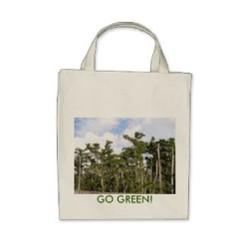 Ecology has a multitude of different parts, but can be divided into two main groups, impact on the environment and impact on species.
100%  10   17 georgebass
Global Issues 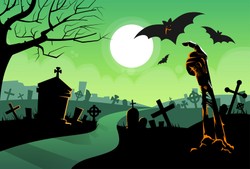 Once upon a time, life was like a domino game. Turtles, fishes of all kinds, and many, many other animals disappeared in the blink of a human eye, as you read these lines.
Loading ...
Error!