A solar eclipse is about to occur, and be visible from a large swath of the United States.

As occasionally happens, there is soon to be another solar eclipse. These happen every so often, and when they do only a small part of the population of the Earth can see the event. Hence, we often consider such an event as rare. So, there is a temptation to view the eclipse. But, there are also stern warnings associated with such a viewing.

What Is a Solar Eclipse?

It happens that the sun and moon each, by coincidence of size and distance, take up the same area of the sky.  The moon, the smaller of the two, is much closer than the sun to the Earth.  So, when the three bodies align, with the moon between the Earth and the sun, it is capable of blocking the solar disk, and doing so rather exactly.

The moon travels around the Earth in just under a month.  So, one might expect a solar eclipse monthly.  But that is not the case.  The reason is the moon does not go around the equator, rather it has an orbit that is slightly inclined to the plane of the equator.  Then, the Earth rotates on a tilted axis.  So, the moon misses being in the ecliptic position most of the time, and only occasionally is in just the right place to cause an eclipse of the sun.

Simply put, the Earth passes through the moon’s shadow.  But, not all of the Earth is involved in a solar eclipse.  The moon is hundreds of thousands of miles away, and the sun is much larger than the moon.  So, the shadow is a cone, and is rather small when it gets to the Earth.

People in the shadow are said to be in the umbra, the area where all of the light from the sun is blocked.  Think of the word umbrella, where rain is blocked.  In the umbra the sky would be as dark as night, and stars would be visible.

People close enough to the umbra would be in the penumbra, an area where only a part of the sun is blocked, and see the solar disk with a piece missing.

What Is the Safer Way to View a Solar Eclipse?

The eyes have a natural tendency to look away from the sun.  But, in a solar eclipse the light is less intense, so the eyes do not properly send the message to look away.  Never look directly at the sun, it can cause eye damage and possibly blindness.  Even in its partially screened lighting the sun still poses a danger.

Simple and inexpensive proper viewing involves old technology, the old pinhole camera.  Make a small hole in a piece of cardboard, and let the light pass through it.  You can then view the image on a different piece of paper or cardboard positioned behind the first one.

Some telescopes have solar filters.  But even those without solar filters can be used if the image is projected, which requires removing the eyepiece and projecting the image on something.  Make certain the projection is not on a reflective surface, use something like a paper screen, and move the paper from side to side to keep it from bursting into flames

When I was in college I was sent to the observatory to set up the telescope so the class could view sunspots.  Several of us from the physics department were to handle getting things ready for a freshman class.  We took the eyepiece out of the telescope and used a piece of paper to project the image, but soon realized it was difficult to stare at, and we could not hold the paper still.  We looked around and found a music stand made of painted metal, so we used the stand to hold the paper.  The paper had to be constantly moved, for when we stopped it would start to produce smoke.

And as for a camera, think about the heat building inside the camera.  It can damage the camera, so looking through a view screen may not be a wise solution.  Use cameras only if a proper filter is attached.

I recommend a telescope with a solar filter, and a digital camera connected to a computer.  You can then view the computer screen with no danger, even if the filter were to crack.

And, modern technology offers an array of devices that claim to be safe.  These span a wide range of prices.  Please read the instructions for any device you use.  Some glasses are safe only during the eclipse, not when the sun itself is visible.

Viewing and Photographing a Solar Eclipse

Visible in a Solar Eclipse

What Does One See during a Solar Eclipse?

The solar eclipse is an event of astonishing beauty.  When the sun disappears a golden ring will appear, the solar atmosphere, or corona.  At the last instant just before the sun finally totally disappears there the sun looks like a bright spot in the golden ring, which is referred to as the diamond ring effect.

Solar flares add to a solar eclipse, but are not always present.  First, if solar flares are present they may be too far from the rim to be seen.  Solar flares are localized, and associated with sunspots, magnetic storms on the sun.  Also, the sun goes through an eleven year period during which solar activity maximizes and minimizes.  At times there are no solar flares on the sun.  The cycle is tied to the time needed for the sun to reverse its magnetic field.  The sun’s magnetic fields twist due to differential rotation, meaning the sun takes a different amount of time to rotate on its axis at the equator than at the poles.  This is normal, and large, gaseous planets do the same.  Every eleven years there is a magnetic field reversal, and activity is at its peak.

How Are Lunar Eclipses Different?

Lunar eclipses are similar to solar eclipses, except the Earth comes between the sun and the moon.  The earth casts a larger shadow, but it is just the right size at the distance the moon is away from the Earth to pretty much exactly cover the moon.

The prediction is based on the tilt of the earth's axis and the motion of the moon. The motion of the moon are well known. It is about every year and a half that the moon passes through the line that goes from the earth to the sun, according to the video The Sun, part of season 1 of the Universe series. season 1 was fine, but by season 3 it went to some strange ideas. It also claims that totality will pass over any place at about one occurrence every 300 years.

BSG
I have been so looking forward to seeing this article when I returned from Italy. I saw it advertised but the signal was intermittent. It is so relevant just now.

This article was worth waiting for of course. Great facts and information. I am chuffed to see the mention of the old pin hole camera that we used to make as children. I think in UK we will get a partial eclipse.

Also I had wondered how a lunar ad solar eclipse differ an you have explained that very well TY. I also wonder how they are so accurately predicted years in advance. I know it is something to do with Newton.

Our friends have gone over to Alabama to see the solar eclipse next week. They are very excited about it and are staying with friends who work at the University. I can't wait to hear about their experiences.

Never look without proper filters. when I was in college, many years ago, we were warned in astronomy class to not trust filters, but technology is now much better and they can be safe.

Solar eclipse is an interesting phenomenon and although I have not had a chance to witness it, it should not be seen with the naked eyes.

Mars has a weak atmosphere, caused by its solidifying, which cost it a magnetic field. so, viewing the sun from Mars, even though at a greater distance, can bring reduced protection from the atmosphere.

blackspanielgallery, If Elon Musk's vision succeeds, you'll be giving similar advice and product lines to the first interplanetary species of humans on Mars!

Thanks. This is being timed ahead of an eclipse later this month that will impact much of the U. S., but it will remain available.

Veronica asks me to inform you that she is in Italy and is eagerly waiting to read your eclipse article on her return. 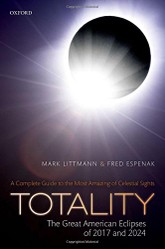