A review of the season 5 television episode that first aired March 21, 1992.

Synopsis: The Enterprise crew is unknowingly caught in a time loop, replaying the same day over and over again. Each time the ship begins a new cycle, the crew members forget the previous events but experience feelings of deja vu. The end result is always the same, however, the Enterprise is destroyed and all onboard are killed.

I have seen this particular STNG episode on multiple occasions and it is easily one of my favorite episodes from the series. I had a chance to watch it again yesterday and, despite knowing the outcome ahead of time, I still enjoyed every minute.

I think the thing that really impresses me about this episode is the way the writers don't mess around. The first thing the viewer sees is Captain Picard (Patrick Stewart) ordering the evacuation of the ship seconds before it blows up. Then, after the intro, the ship is in one piece again and we see the events (for the first time) leading up to the explosion.

When it becomes apparent the Enterprise is stuck in some sort of a loop, then the episode becomes even more interesting. Each time the loop starts over, the crew members are left repeating their day with no memory of what happened before or any knowledge of what is happening to them. So, even as the various clues, ranging from deja vu to disembodied voices, point them in the right direction, they are left with a very limited amount of time to figure out what is happening and to prevent the ship's destruction because failure means they would have to start over from scratch again.

I will admit, I still don't fully understand how Data (Brent Spiner) sent himself a message into the next loop (I'll just pretend the science sound and it would really work). But, it did seem somewhat cool when it played out in the next loop and the crew started seeing variations of the number 3 with no idea what it meant.

My only real question when it comes to this episode is, while we know saving the Enterprise stops the loop, what would have happened had Data's last-second audible avoided the original collision but still failed to save the ship? In other words, if the Enterprise would have still suffered enough damage to kill everyone on board but in a slightly different spot or with a little less intensity, would the loop have continued or would they simply have been dead? I guess we'll never know.

This is an entertaining episode that I do enjoy watching every time I have an opportunity to do so. I would recommend it as a result of that.

A review of the season 5 television episode that first aired February 17, 1992.

A review of the season 3 television episode that first aired in September 1989. 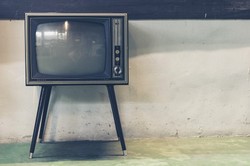 A review of the season 3 television episode that first aired in September 1989.
Loading ...
Error!