So what is really the supercalifragilisticexpialidocious meaning anyway? I'm sure you've heard this at least once and might even say it with a singing tone, but what does it mean?

The word Supercalifragilisticexpialidocious had a great part in my childhood. I love the Marry Poppins film by Disney and at some point I was even singing this word without any mistake in it! Now, however, not sure I could.

I got the idea of writing this page when I was talking recently with a friend whom I met for coffee about old films we've seen as kids. She has her young son with her, who asked what is the meaning of - and he really mangled up the word. He was so adorable?

This is when we started to explain him about Mary Poppins, and how this song was played with her and the children together. My friend promised him that she will rent the DVD to watch the musical together over the weekend.

I still remember the film which I loved and watched over and over again whenever it was shown on TV during my childhood.

This song was sung by Mary Poppins right after she won the horse race with cartoon characters. All flustered and excited, she met with reporters who told her that she must be probably out of words due to her win.

Basically one cartoon reporter asked her:

"There probably aren't words to describe your emotion."

To which she replied

that comes to her mind which is totally appropriate for the occasion. And then she started to sing the very famous song, starting with these lines:

And then the world stopped. Well, at least temporary to listen to her beautiful music.

Listen To The Classic Song Supercalifragilisticexpialidocious

So What Is Supercalifragilisticexpialidocious Meaning Anyway?

With this song basically Mary Poppins said that when there is nothing to say really, there is always something one can say, even if it's as silly as supercalifragilisticexpialidocious. It means it's fantastic, super, incredible, wow - amazing feeling! It's like...once you managed to say the word, you really got it off your chest.

I read an article a while ago on how the word was put together by the song writers. It goes like this.

So this might translate roughly to atoning for very fragile and extreme beauty while being quite educable.

Btw, I remember that as a child I learned that if I could say the word loud and without mistakes, I sounded precious (no wonder I'm a geek now).

Of course there is also another meaning for the words, which might not have been intended by the writers, but there it is: it's the 2nd longest English words (albeit a nonsensical word) currently in existence.

The longest one that is actually in the dictionary is Pneumonoultramicroscopicsilicovolcanoconiosis, which is basically a lung diseases caused by inhalation of silica dust (also called silicosis).

There are 2 other words that are even longer, however they are not officially included in the dictionary, so officially Supercalifragilisticexpialidocious sits proudly at #2.

Makes A Great Gift For Kids

Did You Use To Sing Supercalifragilisticexpialidocious As A Child?

What Do The Song Authors Have To Say About The Meaning?

The Supercalifragilisticexpialidocious song was written for the film Mary Poppins by the brothers Robert and Richard Sherman (sadly Robert B. Sherman passed away in 2012).

In an interview several years back Richard Sherman said that this word basically came up from a game the two brothers were playing ever since childhood: who can find the longest and most obnoxious word ever by adding double-talk words to make up something silly.

The word they started with was atrocious, so building on that came the words precocious. So from atrocious and precocious they built this lovely monster of a word that I sadly no longer can say without taking a peek, like I could do in my childhood.

Apparently the second longest word in the English language was built over two weeks.

At some point it entered the Oxford Dictionary, which defines it an expression of very exited approval.

Did You Know The Meaning Of Supercalifragilisticexpialidocious?

I loved this film - especially the scene of Dick Van Dyke dancing with the penguins. And yes, I used to sing the Supercalifragilisticexpialidocious song when I was a kid.

Great article! The Sherman Brothers came up with some really fun words for their songs, didn't they! In "Bednobs And Broomsticks" they created, "Sub-stitu-tiary Locomotion" and for the "Snoopy Come Home" movie they invented "Fundamental Friend Dependability," which my brother and I used to say all the time until it drove our mom crazy, hee hee...

Nice article. Had no idea about the meaning of the word!

I will try to remember this word - love to learn new words and this one is a challenge.

:) Now that you broke it up into 5 meaningful word bits, I'll finally remember it ;-)

Now I know what it means at last! I had no idea that it had found its way into the OED.

What does flying a plane have to do with fighting cockerels? How did the word... 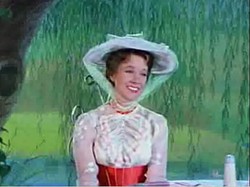 It is funny how phrases or words go in and out of style for no real reason. I argue there are some words that are so great, we need to bring them back.
100%  14   9 Mira
Meaning of Words

Forty-three popular Romanian expressions, most of them funny and some of them irreverent, to delight speakers of English. I've also made some mugs with these phrases.
100%  13   14 WiseFool
Meaning of Words 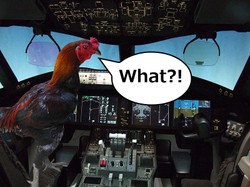 What does flying a plane have to do with fighting cockerels? How did the word cockpit come to be used in aviation?
Loading ...
Error!