Sometimes I get up rearing to go. Other days are not so good. I've read up on late life depression and how it affects me and others.

Some days I can’t wait to get up and start my day on the computer. I have articles and blogs that I’m anxious to write and emails to answer. I have some craft projects to work on, and maybe I’ll take photographs as I go and use them in more articles. Those are the good days.

Other days I just don’t want to wake up. I have to get up to let the dogs out. I have to make my coffee so I’ll be awake enough to take them on their morning walk, but once we get home, I go back to bed and sleep for an hour or two. More coffee and I check the computer. No one has emailed me. Posts on Facebook are all about politics or someone I’ve never heard of. No comments on any of my blogs or writing sites. No money trickling in. I have no ideas for articles or blogs to write. I search Google and Yahoo to find some subject that interests me. Nothing interests me. I don’t have any energy to clean the camper or work on crafts. I just wait for the day to be over. These are the not so good days.

One article made the comment that late life depression often stems from loneliness and social isolation. I rarely feel lonely. I’m a hermit by nature and more often feel crowded by my living circumstances. 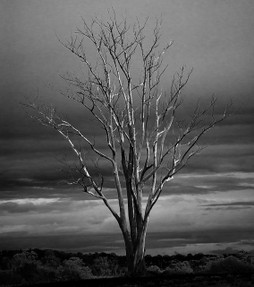 I just lost my truck though which leaves me begging for rides to the grocery store every so often. I can’t take my dogs and go to events or visit the few friends I’ve met recently.

I don’t have a working phone. It takes money to get my prepaid phone charged with minutes. I bought a cheap headset so I could use the computer and Google Voice. The headphone quit after 3 days.  I can’t talk to anyone on the phone now.

I guess in some respects, I am isolated.

I know there are different stages or levels of depression. I've hit different levels many times, as many people do, when reacting to disappointments, illnesses or death. But sometimes it seems to go on for too long and I can’t seem to function. It’s worse when I’m running out of  food and essentials. I’m in good company. Nine million elderly folks are at risk of going hungry every day, a 79% increase according to the AARP.  Even the food pantries are having trouble finding enough food to provide for this portion of the population. 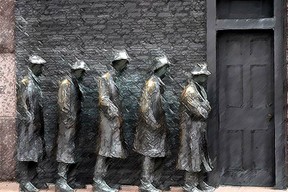 I just moved to Texas and I can see a difference between here and New England. The bags here are much lighter and the food is rather paltry. Still, it's better than nothing.

I read that suicide is prevalent in those age 65 or older. Suicide accounts for 5,858 deaths a year. That’s one elderly suicide ever 90 minutes.

I’m over 65.  I have been suicidal in my past, but now it seems pointless.

The only thing that helps me survive this black mood is to think about the things I am grateful for.

I am grateful for my two sweet dogs who insist I walk them twice a day and play Frisbee every morning.

I’m grateful that I have my own camper, even if it’s in need of some repair. At least it’s mine and I have a place to sleep, to work, and to live.

I'm grateful for the kindness of strangers. I've had several people I've never met reach out to me on occasion. I'm humbled and amazed at the generosity of people.

I'm grateful for my family. Even though we're scattered around the world, we've all tried to be supportive of each other. I suppose I should be thankful for the internet too. It has allowed us to keep in touch.

I'm grateful to have neighbors who will give me rides to the store when I need it. I have some friends who will send me emails and messages from time to time.

I’m grateful I'm not facing a New England winter this year. I will survive. Maybe things could even get better.

Do you deal with late life depression?

Thank you. Very good advice. I've been coming around to that conclusion myself but it's great to hear from someone who certainly has been through it all.

Hold on in there on your bad days and make the most of the good days, advice given to me by a lady of 100. A lot of people on here feel for you. Very good article.

Thanks so much for that. One thing that helps is laughter. Sometimes just getting a funny book or movie from the library can lift your spirits.
Money and sadness over loss are certainly two big issues with me too. I know the frustration of not being able to get out and do things that might make you feel better.

I find that lately I am feeling like I don't want to do things, and feel anxious more than I used to. Money is tight, and I have lost friends to death, and they can't be replaced. I find I'm happy when I write. Exercise is good too, so it's nice you have pets. I think as long as you realize you are a little depressed, you are not as bad as you think you are. It does seem if you have small families, isolation is an issue as we age, but when we are plagued with money issues, we can't afford to get out much. Reading is another activity that always makes me feel better. Many share your thoughts, and I hope it helps to know you aren't alone.

Thanks so much. It is amazing how many people have commented that they relate. Guess I'm in good company.

Thank you. I will keep that in mind!

Thanks, Remember everything you create online is a great accomplishment and something that only gets better and more rewarding providing for you long after you've forgotten about it. :)K

A HAMSTER in the snow! Wow. Yes, I would have taken him in too even though hamsters always bite me too.
I just took in some sad looking potted plants sitting by the dumpster. I'm going to see if I can bring them back. Even plants too...

I love all animals, too. Since I've lived here, I found a hamster in the snow (two years ago) he lived with us, shreded my curtains, bit me, but I loved him! He's now passed on. I regularly feed a stray cat which I've named cheeky and there's an urban fox which is getting closer and closer to my back door. I attract strays, they attract me. :)

I know about losing a job. I lost my house and farm.
You REALLY got your feet kicked out from under you. Sometimes I wonder how we survive, but somehow we do. Yes, it is thanks to friends in person and online. Just being able to talk about it helps.
And those animals too. (Obviously I'm partial to Border collies) But cats, dogs, horses, even birds, know when something's wrong. Even if they don't, we still have to get out of bed and take care of them. Bless their little pointy heads....

Antidepressant Foods that Make You Happy 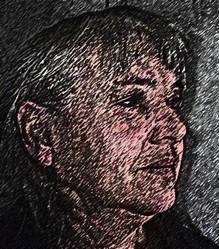 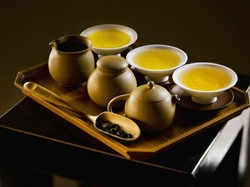 Antidepressant Foods that Make You Happy 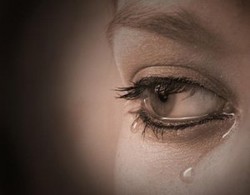 Living with fibromyalgia, FMS and Chronic Fatigue Syndrome, CFS, the feeling of pain and hopelessness can lead to severe depression, social isolation, and even suicide.
Loading ...
Error!