You can only listen to Silent Night and Jingle Bells so many times. Find ten great and unusual winter holiday songs to round out your playlist this year.

Ten Unusual Songs to Spice Up Your Holiday Season

Plus Bonus Version of Christmas Classics

The winter holidays have inspired a lot of wonderful music but often people play the same few songs over and over. Here I’ve compiled a list of lesser-known holiday songs that celebrate the season without being White Christmas. Bing Crosby’s great but sometimes you need something a little different to find your holiday cheer!

If you have a favorite, unusual holiday song, please do drop me a note down at the bottom of the page to share it…unless it’s David Hasselhoff singing Feliz Navidad. You can’t make me listen to that abomination again, Christmas or not.  And don't forget the Christmas mashups that make every holiday song unusual.

Pomplamoose Does Christmas, Too!

Not everyone wants to wish that you enjoy a particular holiday. Here you’ll find five non-specific songs that let you wish everyone Happy Holidays with offending people of different beliefs. As a bonus, they’re fun as well.

Happy Holiday – Peggy Lee: “While the merry bells are ringing may your every wish come true.”

The Merriest – June Christy: "To the beats and the debonariest, Greetings like the Merriest!"

Jing-A-Ling – The Starlighters "I love to hear our laughter mingle.  Ha ha, ho ho, gliding through the snow!"

This Time of Year – The Mighty Mighty Bosstones: "It's all for show, but that's all right.  That's not why I love this time of year."

I Hear the Bells – Mike Doughty: "I hear the bells, They are like emeralds and, Glints in the night"

The Scariest Santa Song Ever

From Swing to Rockabilly to Jazz

Santa Songs: Everyone Wants to Sing about Father Christmas

It’s only in singing of Santa Claus that grown people could pull off a song in which they pretend to be children without being creepy…well, too creepy. This list features a pair of songs about Santa getting stuck in the chimney. In the former Ella Fitzgerald acts like a child explaining to Santa that they’ve built a bigger chimney since last Christmas and in the latter Ben Folds uses some slightly coarse language to explain what they did about the less-festive results.

(Everybody’s Waiting for) The Man with the Bag – Kay Starr: “Old Mr. Kringle is soon gonna jingle, All the bells that'll tingle all your troubles away”

Santa Claus Got Stuck in My Chimney – Ella Fitzgerald: “There he was in middle of the chimney, Not quite up and not quite down”

Run Rudolph Run – Chuck Berry: “Santa make him hurry, tell him he can take the freeway down”

Santa on the Roof – Reverend Horton Heat: “Daddy, did you see Santa on the roof, since you just climbed down the ladder?”

Five more terrific winter holiday songs to enjoy that you and your guests likely know already.

Mele Kalikimaka
Yes, Bing Crosby, but several other versions to enjoy as well.

Feliz Navidad
Naturally Jose Feliciano but dozens of other covers to make your Christmas merry.

The Christmas Song (Chestnuts Roasting on an Open Fire)
Nat King Cole may own this song but that doesn't stop people from covering it.

White Christmas
Bing Crosby, again, but who hasn't recorded a version of this winter classic?

Baby, It's Cold Outside
A fun little duet that's been recorded a hundred times, at least.

Host a unique Zebra theme Christmas next Holiday season with the fun ideas an... 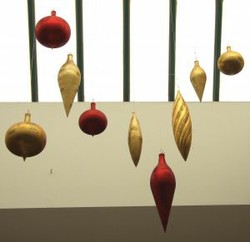 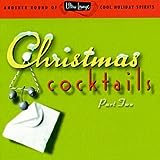 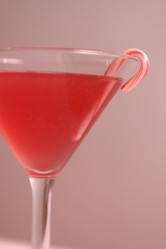 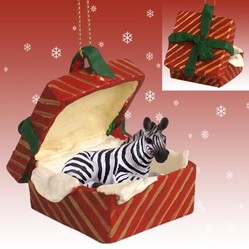 Host a unique Zebra theme Christmas next Holiday season with the fun ideas and accessories featured on this page.
Loading ...
Error!