Term Limits For Congress. Can it be done?

We've all heard people say they are for term limits, for members of Congress. But can it really be done? Let's take a look at what it would take, and if we can actually do it.

Here I will talk a little about what it takes to actually limit the terms for members of Congress, and I will give my opinion on whether I think it can be done, or will be done. Last I checked, Congress had a 15% approval rating. Oh yeah, that is the approval rating of their bosses.....we the people.
In the real world, how many of us do you think would keep our jobs, if only 15% of our bosses approved of our performance? I'm pretty sure we would be fired.
Image

The members of the House of Representatives are elected for 2 year terms.

When the founding fathers were creating the constitution, I don't think they anticipated that anyone would want a job like that for decades.

How is it possible to have term limits?

Quick Reader Poll. Should There Be Term Limits?

What it takes to change the constitution.

Method #1. The first way, allows the Congress, "whenever two thirds of both Houses shall deem it necessary" to propose amendments to the Constitution. After two thirds of both houses have proposed an amendment, they send it to the legislatures of all 50 states. If three fourths of the states (38 of 50) ratify the proposed amendment, then it officially becomes part of the constitution.

It is important to note however, that of all of the 27 amendments, none have been from method two.

If you care to read it, the National Archives has a more detailed description of the amendment process.

Do you think it will be done? Will we ever impose term limits on Congress, with a Constitutional amendment?

No, it will never happen.

In my humble opinion, the chance that it will ever happen in my lifetime, is pretty slim. Can you see two thirds of Congress agreeing on anything, let alone limiting their own terms? I can't see it.
And for a constitutional convention being called by the states....again, highly unlikely. Never been done before, and again, you would have to have two thirds of the states call for it. Then if either happened, it would then have to be ratified by three fourths of the states. On this subject, I see the glass as half empty.

I think many of our members of congress go to Washington, with the intent of doing what is right for their country, or at least what is right in their opinion.

In my opinion, it isn't the length of time they stay in their jobs, that is the problem, it is the fact that they have to run for reelection so often.

Got any ideas of your own? I would like to hear them in the comments section.

Actual First Page of The Constitution

Term limits can really get people fired up, when the subject come up. Many people like to start petitions when they are upset about an issue. Here are just a couple places where you can sign Term Limit Petitions.

Want to start your own petition? You can do so on the White House's petition website.

Exactly. I agree with you 100%. It should be a priority with people of both parties, but it doesn't seem to matter to most people.

My husband and I often mention the need for congressional term limits in our political discussions. Unfortunately, I don't think we will see them in our lifetimes, though. We sure need to get back to the original idea of 'citizen legislators' and away from the professional politician who sees his job as getting re-elected..

There should definitely be term limits in Congress. You make good points here.

I agree that something happens to people when they are elected to public office. They get blinded by their new power. How unfortunate. Great article.

Making money from home is a dream that many people have. I'm here to tell you... 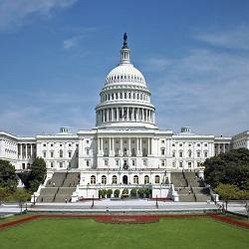 WWII was a very important part of the history of our planet. The people who had to save the world were ordinary people like you and me. Their letters tell the stories.
52%  5   5 pawpaw
Make Money Online 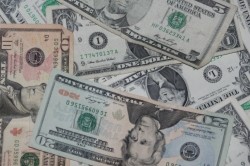 Making money from home is a dream that many people have. I'm here to tell you it's not a dream. I make money from home, and you can too.
Loading ...
Error!