WWII was a very important part of the history of our planet. The people who had to save the world were ordinary people like you and me. Their letters tell the stories.

I have a small collection of WWII letters, and what they contain, is more than just a friendly chat with folks back home.

They contain a slice of history. One day in the life of the person who wrote the letter. And for too many letters written during World War Two, the letter was the last written by the person writing it.

On this page, you will find information about collecting WWII letters, as well as some actual World War Two letters for sale. I have to warn you though, if you start collecting them, it can be addictive.

Save Your WWII Letters

If there are letters in your family, that were written during WWII, please save them. Many of them now days have monetary value, but they all have some historical value.

Each letter tells a little bit about that one day, in that one soldier, marine, or sailor's life, in their one unit, in whatever place on the globe they were fighting the war on that day in history.

Some writers wrote some very boring letters, and other writers make you want to read more, but just about any letter can hold interesting tidbits of information.

If you have any interest in history at all, I would highly recommend collecting military correspondence as a hobby. You can find out things you may not have read in the history books. Some letters have interesting letterheads from the various units, and camps. The intro photo, has a letterhead from Camp Forrest, Tennessee.

Like any collectible, the range of value of WW II letters varies widely, depending on factors such as rarity, historical importance, and content.

Good content, is actually not that common, because letters were routinely censored, so many people didn't want to test the limits, because they might get in trouble, and also end up with huge hunks being cut out of their letters home.

If the writer of the letter was an officer it can also make the price of the letter go up. The higher the rank, the rarer the letter. Letters that were written before the soldier went overseas, usually will be priced lower than once they are in combat. Things like letterheads can also make the price of a letter go up. Really, anything that makes a letter stand out against the millions of other letters out there, will help increase it's value.

One strategy to use in collecting military correspondence, is to buy lots. A lot is a group of letters, and in most cases, buying a lot of letters will hold down the per letter cost. Some people even resell some of the letters, to make some of their money back. But reselling breaks up a group of letters, which can mean losing the ability to glean all of their historical data.

One innovation that occurred during WWII, was V-Mail. V-Mail, was used to save time, fuel, and space.

The person writing the letter, would write it on a V-Mail form, and then take it to a place that would photograph it. Instead of transporting actual letters around the world, the film was transported, and then once the film reached it's destination, it would be developed, and then printed, and put in an envelope. The actual V-Mail letter only traveled a short distance compared to the distance separating the writer and recipient.

Some of the more popular V-Mail letters to collect, are the cartoon V-Mails.

Where Can You Find WWII Letters For Sale?

It is possible to find them at estate sales sometimes, and I've even found a few items at garage sales, but the vast majority of letters that end up being sold, are found on online auctions.

I've never tried it yet, but you could probably advertise in a newspaper classified section that you are interested in buying WWII letters.

I've found that once you let people know (friends and family), that you collect military letters, they will usually let you know, if they hear of any.

The fact that each letter had to be censored, meant that somebody had to read them. The censors would read each letter written by a member of the military, once they left the U.S.

Once the letter was read by the censor, and they found nothing that the enemy could use, the censor would stamp the envelope, with their censor stamp. Most would also sign their name, or initial it.

If the censor found something they didn't like, they would cut out the part of the letter that contained the offending content. If the letter was written on both sides of the page, that particular page might lose a message that the soldier or sailor really wanted to get back home. For that reason, most members of the military knew what they could write about, and what they couldn't. Most things that were forbidden, had to do with dates, and location. Many letters would begin with....."Somewhere in France", or  "Somewhere in Germany", or "Somewhere in England".

Thousands of people gave their lives serving in World War Two, and the hardest letters for me to read, are the ones which were written by those who didn't come home. Those are the ones that are more than a letter, and more than a piece of history. They should be treated with the utmost respect.

If you decide to start collecting WWII letters, I don't think you will be sorry.

There were thousands of soldiers who were taken prisoner during WWII. Most of them were allowed to write letters. Many of those letters still exist. It is hard to imagine what they went through, as P.O.W.s, but even though the letters were censored, you can get a tiny glimpse into one day in the life of a prisoner of war during World War Two.

Own an Original American Declaration of Independence

Or a first edition copy of the sheet music for 'The Star Spangled Banner'. O...

During WWI, from the years 1914, to 1918 when the war ended, millions of letters were written. Those letters are now very collectible.
40%  4   4 JoHarrington
Military and Historical Memorabilia 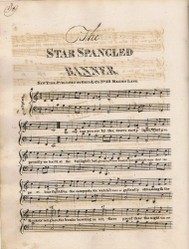 Own an Original American Declaration of Independence

Or a first edition copy of the sheet music for 'The Star Spangled Banner'. Or a prop from 'Star Wars'. You never know what will turn up on Amazon Collectibles.
Loading ...
Error!