That Day In September

An exploration of the emotions and feelings from 9/11 and an original poem written about that unforgettable day.

It Was A Beautiful Morning

Photo credits: All photos on this page http://www.morguefile.com

Before the planes exploded into the towers, before the Pentagon was hit, before Flight 93 burrowed into the ground in Shanksville, it was just a lovely morning in September--one of those mornings that makes you happy to be alive. The trees were still green and in full leaf, summer flowers had not yet faded. Birds were singing, the air was cool, but the sun promised a warm afternoon. The slightest hint of Autumn shivered in the air.

Maybe that made it all the more horrifying. That something so unbelievably awful could be unfolding on such a glorious morning seemed incomprehensible. Shouldn't there be a maelstrom of dark clouds swirling? Didn't the situation call for lightning bolts, and torrents falling from the sky like tears? All too soon the day would grow dark with clouds of smoke and debris, the whole world would look dimmer, seen through shock and fear. Remembering the bright promise of that morning  will always underscore the hideous reality.

Could people who lived through that day ever forget where they were when they first heard the breaking news? Forget watching with disbelief? Could we ever not remember the heartbreak, the fear, the terrible sickness of the soul that we felt watching those mighty buildings collapse, seeing ghostly, ash covered people running from billowing gray clouds of death and knowing it was real? Not just special effects in a disaster movie, but something we couldn't turn off and forget about.

Fast forward ten years. “Ground Zero” has disappeared. The ashes and twisted metal are gone. The smoke and dust have cleared. New buildings stand nearby, while others are under construction. A quiet, tree shaded square has been created—an oasis of quiet peace in the midst of the city's pandemonium. Two reflecting pools mark the place where the towers were. Nearly three thousand names are etched nearby. Three thousand. Even after ten years, we can barely comprehend....

My grandchildren watch the tenth anniversary services. They hadn't been born yet on that day. They ask why--just as we did then-- just as we still do. A decade later, we think we've healed. We think we've moved on. Then we watch 9/11 documentaries and it all comes rushing back.

“Why are you crying, Grandma?” my grandchildren ask. Not having seen it as it happened, they're insulated from the reality. Yes, they know it was a bad thing, a terrible thing--but it happened such a long, long time ago—before they were even born. They can't relate.

May they never have to.

That Morning In September

That Morning In September

That morning in September

The sky was clear and blue.

A husband kissed his wife goodbye. She waved

That morning in September

To give her kids a goodbye hug, ran back

That morning babies yet unborn,

Conceived in hope and love

Lost fathers they would never know

When death came from above

Who dreamed that bright September morn

Would end in infamy

When good and evil boarded planes

The day we woke in innocence

By quiet pools their names remain.

No words can tell us why.

All Rights Reserved/Copyright 2008 by Maxine Davis

Please leave comments of your memories or feelings about 9/11

Thanks. May our children never know such a day.

A very nice tribute, I too remember that day, I remember thinking I need to be with my kids, they were in pre-school at the time. I can still remember standing before the television as I watched the second plane... I can still feel it as if it were yesterday, all those beautiful people and their families, oh so sad. Thank you for honoring this day so beautifully

Thank You, that's so nice.

Beautiful poem on this day that is etched in our minds forever.

Ten years later we remember 9/11, the sorrow and grief for the tragic lost of...

In the United States, July 4th is Independence Day, celebrated in the entire ... 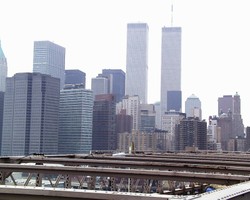 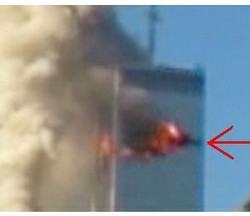 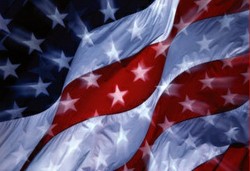 In the United States, July 4th is Independence Day, celebrated in the entire country. Citizens show their patriotism by flying American flags, and wearing red, white and blue.
Loading ...
Error!