The 12 days of Christmas

"The Twelve Days of Christmas" is a well known Christmas Carol. Was it a rhyme written for children? Was it intended to have some secret Catholic meaning for those persecuted?

Published in 1780 it is thought to have originated as a children's rhyme. The tune comes from a 1909 arrangement by English composer Frederic Austin, who added and changed some verses and wording, most noticeable the inclusion of the word "on".

On the First day of Christmas my true love sent to me
a partridge in a pear tree.

On the Second day of Christmas my true love sent to me
Two turtle doves and a Partridge in a Pear Tree.

On the Third day of Christmas my true love sent to me
Three French hens
Two Turtle Doves
and a Partridge in a Pear Tree.

The subsequent verses are

Many people believe it was written as a catholic worship song in England while the Catholics were persecuted and anyone who was Catholic would be executed in the most dreadful manner.

I find this unlikely as the Church of England holds very similar beliefs to Roman Catholicism. The song may well have been used by Catholics as a sign of secret defiance. The beliefs in reading the Bible and such things as faith, hope and charity are not exclusively Catholic so there would be no need for there to be a secret Catholic meaning.

The gifts are reputed to have hidden meanings about the the faith.

Here are the supposed meanings.

The "true love"   refers to God . The "me" refers to every baptized person. The partridge in a pear tree is Jesus Christ who died on a tree.

The executions for being Catholic were few and far between in England by the 1780's when the words were published . Consequently I find the idea that it was a secret Catholic chant unlikely unless of course it is an adaptation of an earlier chant used for such a thing.

You can make up your own mind.

No we have no Christmas myths and legends in Uk as far as I know. There may have been some centuries ago but when the Brits executed and beheaded their king Charles 11 in 1649 , the new British Republican government banned by law all observances of Christmas including eating our traditional minced pies and giving gifts. Some things recover but others die out quite quickly.

Veronica, The 12 days always make me think of Italy's legend of old Bufana who was too busy making her house and yard the cleanest in the village to meet the Magi. Is there any similar legend in the U.K.?

Yes I agree totally. But I am not going to deny the possibility that it is true.

It has been an amazing discussion and I thank all participants hugely for your thoughts and opinions.

Your idea of the "more obscure fashion" could well be at the back of it .

I have to say that to me those connections seem rather feeble but maybe that's how they worked, in a more obscure fashion.

My personal feelings are that Catholic connections have been added to the song to give it a religious rather than secular meaning at Christmas.

I read both the article and the comments, and it was all very interesting :)

Only the seven sacraments suggest Catholic origins, as Protestantism only accepts two sacraments.

Legally yes, only given by the crown but anyone could seize land and just declare himself a Prince.

Hey I may do that myself , Princess Veronica of Cheadle Hulme

I do think keeping old laws is problematic and I think they should be overturned to keep the statute book workable.

I agree that it was not in opposition to religion. The faith beliefs are too close.

It makes for a fascinating discussion though as you see.

200 years ago Christmas Day was hardly celebrated at all. In England it was s... 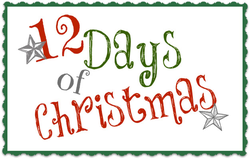 200 years ago Christmas Day was hardly celebrated at all. In England it was seen as just another day. So what brought about the change in the 19th Century ?
100%  128   17 Veronica
Regional Foods