A review of the season 6 episode that features Jamie Farr as a guest star.

Synopsis: A group of gypsies come to Mayberry and, despite warnings from Andy (Andy Griffith) not to cause trouble, start selling shoddy merchandise to the town’s residents. When Andy intervenes and tells them they are no longer welcome in Mayberry, they threaten the town with a curse of no rain. And, since Mayberry is already in the middle of a drought, it isn’t long before the citizens are turning on Andy.

Gave Me a Bad Impression of Mayberry's Residents

My oldest daughter and I have gotten into the habit of watching at least one episode from this series every night and, while we do enjoy the show in general, there is the occasional episode that really has me wondering just how uneducated Mayberry’s residents are. This is one of those episodes.

The thing that really got me about this episode was the fact the gypsies didn’t curse Mayberry with anything they didn’t already have. By the time they arrived, they were already without rain for weeks. So, why exactly were the residents so quick to believe they were cursed just because they went a couple extra days without wet weather? It’s not like the paper predicted rain and they didn’t get it. I really find it hard to believe anyone (fictional or otherwise) would be so gullible, especially since this is a later episode that no longer has Don Knotts’ Barney Fife.

The way the citizens turned on Andy was also a bit much, considering it was pretty obvious he was just trying to protect them. It wasn’t like he cast the gypsies out just for being gypsies. They were swindling people and were banished for that. Given the fact this show paints Mayberry as a nice, clean and close community, seeing the near lynch mob that forms was very disappointing to me.

I did like the funny twist at the end of the episode, when the gypsies (using a sudden rain storm as evidence of their power) nearly weaseled their way back into Mayberry only to have the source of their weather information revealed at the last second. However, sadly, it just wasn’t enough to make up for the rest of the episode and I really did not enjoy this one as much as I thought I would.

I think this would have been a better story for one of the earlier episodes that still featured Barney as deputy. Mostly because it required the entire community of Mayberry (other than Andy, of course) to be overly superstitious and gullible, this episode just wasn’t as good as it should have been.

A review of the season 6 episode that first aired in February, 1966. 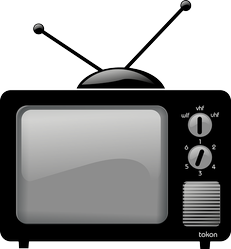 A review of the 1952 comedy starring Bud Abbott and Lou Costello.
58%  1   8 StevenHelmer
Mysteries