There is new hope for HIV positive people, and the world is referring to him as the 'Berlin Patient'.

Discovered in 1981, the HIV virus has now claimed over 30 million lives, and continues to claim thousands more on a daily basis. The graph below speaks volumes of the clear impact that HIV/AIDS has had on the populations in some of the hardest hit countries in Africa.

The disease does not discriminate, as many people might once have thought, and people of all races, creeds, religions, countries and sexual orientations are at risk of contracting the disease. Up until recently, contracting the disease meant, unless you could afford some of the most expensive medication in the world (perhaps with the help of medical aid), your life was all but over in a matter of years.

The man commonly known as the Berlin Patient has been stirring up something of a media frenzy over the last few months. He is known to the world as the first man to be ‘cured’ of the HIV virus, and his name is Timothy Ray Brown. There is an important reason that the word cured was put in inverted comas, as exactly what is implied by the word cured in this context is dubious.

In 2007, Brown, a 40-year-old man diagnosed with HIV, was given a stem cell treatment as part of a plan to treat his acute myeloid leukemia. What is the most surprising, is that the ‘miraculous’ effect came not from seeking a cure for HIV, but for Leukemia. After there was a relapse of the leukemia after the first stem cell transplant, he was given a second, and what happened next amazed doctors everywhere.

The second stem cell transplant came from a donor chosen not only for his genetic compatibility, but for also being in possession of a certain mutation – CCR5- Δ32 – which shows resistance to HIV infection. With the second stem cell transplant complete, and after a 20 month period without receiving antiretroviral treatment, HIV levels in his blood, bone marrow and bowel were below detectable limit.

Some doctors consider this a cure, whereas others are less hopeful. Although he has been tested three years after the 2nd transplant and found to have consistently untraceable levels of the virus in his system, many doctors are quick to remind us that the virus could be lying dormant in other tissues, such as the brain, which doctors consider to be something of a ‘viral reservoir’.

One thing is for certain, whether or not the virus stays permanently undetectable in Browns system: we are making exciting progress on a road toward a definitive cure, or even a vaccine for HIV, and we can now hold realistic hopes that those horrific life expectancy charts will take a more positive turn in the future.

Wow! This raises ideas for the search for a cure, no?

Hi Ed, interesting article. I also read about a guy who was imprisoned in Cambodia (I think). He contracted the virus there. His mother wrote letter after letter trying to get him released on account of his health, and eventually he was released (I think he had been imprisoned for life). And then he was cured -- must have been stem cell transplant in his case as well. 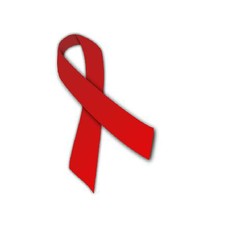 A medical emergency could happen at any moment. The question is whether you have the knowledge to save lives. We should all have that.
Loading ...
Error!