The Best Jack Kerouac Books That Are Not On The Road

The best of Kerouac's books if you have read On the Road and are interested in reading more, but don't know where to start.

Jack Kerouac wanted to create a mythology of his life and his friend's lives that he called the Dulouz Legend. His hope was to some day go back and edit the piece to have consistent names and themes, but unfortunately he passed away before he was able to do so. Fortunately, he was able to complete a number of semi-autobiographical novels about his adventures across America.

Pursuit of a life off the road

The Dharma Bums features a very different hero than Dean Moriarty. Japhy Ryder, based on the poet Gary Snyder, is a spiritual man who loves nature and the wilderness, choosing a life of relative solitude and peace, as opposed to Dean Moriarty, who is always looking for kicks and action. The differences between these two heroes demonstrates a theme in Kerouac's work, which is being torn between seemingly opposite choices, and never being able to reconcile his spiritual needs with his secular desires.

Through Japhy Ryder, Kerouac's narrator Ray Smith is introduced to Zen Buddhism, which Kerouac practiced to some degree for the rest of his life. He also catches some of Japhy's enthusiasm for the wonder of the wilderness, leading to the book's final revelation.

As far as the prose goes, this is some of Kerouac's closest writing to On The Road. There is still some editing, and it doesn't quite achieve the level of Spontaneous Prose found in his later works. It's a good follow up to On the Road, even if it doesn't have that book's fame.

The last days before fame

Desolation Angels is one of my favorite Kerouac book, and if I were to have to make a top ten list, it would be a solid number three. In it, Kerouac describes his days as a fire watchman, a job that he takes at the conclusion of The Dharma Bums, making it a sort of sequel to that book. It is a great chronicle of his inability to write, his constant struggle between the need for time and space alone to write and his need for company, action, and kicks.

At the beginning of Desolation Angels, Kerouac's narrator Jack Dulouz takes on a job as a fire watchman at Desolation Peak in Washington State, intending to use the isolation of the summer to write. Instead, he is tormented by loneliness and guilt, which makes it difficult for him to write (although the entire first part of the book is taken almost verbatim from Kerouac's notebooks, so it's difficult to understand what he means by unable to write).

The second half of the book describes his return to the city, not particularly satisfied with his literary output on the mountain, but excited to be back where the action is. It also describes the last days of his literary obscurity, when he was free from the endless harangues from fans and journalists, who either worshiped or derided him as King of the Beats.

The pains of first love

Most people discover Kerouac sometime in high school, usually as a sort of literary rebellion. Maggie Cassidy is an excellent book for teenagers, describing Kerouac's teenage romance with a girl in his hometown of Lowell, Massachusetts.

Jack Dulouz is a high school football star, born to two working class immigrants who speak a Quebecois dialect of French at home. His mother is a hard-working, disciplined woman, while his father is a rabble-rousing drinker. Dulouz meets and falls in love with Maggie Cassidy, an Irish American teen who his mother is wary.

In this book, Kerouac tells about his family dynamic, which goes a lot toward explaining his own internal conflicts that he never quite mastered. His father is fun-loving, but not very responsible, so a lot of the burden of managing the family falls to his mother, who Kerouac revered beyond anyone else in his life. He also talks about his early home-town fame as a football star, which would lead him to a scholarship at Colombia University, where he would meet future Beat legends Allen Ginsberg and William S Burroughs.

He also continues a theme that carries throughout his work, the need for his own pleasure, and the responsibility he bore to his mother. He always wanted to be a good son to her, even if sometimes that meant sacrificing his own happiness.

Kerouac's book The Subterraneans has some of his most effective symbolism, and is possibly the best example of his Spontaneous Prose. The work is fluid and fast-moving, legendarily written over the period of three days and three nights, telling the story of a short-lived but profound romance with a beautiful African-American woman named Mardou Fox.

Kerouac's narrator in The Subterreans is named Leo Percepied, literally "King Pierced Foot," the same meaning as Oedipus Rex. Not a very subtle reference, but an appropriate one. The main conflict in the book stems from Percepied's inability to completely leave his mother. While Mardou sometimes has a hard time scrounging enough money for dinner, Percepied knows he can always go home to his mother for a good meal.

Mardou is treated as an exotic object in the book, which is partially how Kerouac seems to see African-Americans. He has a wonderful description of seeing Charlie Parker at a club, and imagines that Parker is sizing him up, as a man and as an artist, after seeing him at a table with Mardou. He celebrates their culture and their enthusiasm, but he knows that he will never be part of it, that he will always be an outsider.

Again, Kerouac's narrator is a man between two worlds, one representing his desire, the other representing his responsibility. This book probably does the best at explicating this theme, even if it does it in rather heavy-handed terms.

If there is one book I consider to be Kerouac's best, it would be Big Sur. It's not a book for everyone, and I don't know if it would appeal to a casual fan, but for me it's the closest Kerouac ever came to what he was trying to achieve as an artist.

Once again, we find Kerouac's narrator Jack Dulouz unable to write. Here it is because he no longer has any privacy. Journalists are calling his house, fans knock on the door at all hours hoping to meet the King of the Beats. At one point, a thief breaks in and steals his journals and notebooks. His friend Lorenzo Monsanto (based on the great San Francisco publisher and poet Lawrence Ferlinghetti) offers Dulouz his cabin at Big Sur, where he can write undisturbed.

Dulouz isn't able to be alone for very long, so he eventually invites his friends from San Francisco down to Big Sur for a very long, very large party. Old and new friends converge at Big Sur, bringing a bittersweet goodbye to people we have met as part of the Dulouz legend. Kerouac's internal conflicts come to a head, and we see him resign himself to a new life, one that he chose but doesn't particularly like.

Lois McMaster Bujold is best known for science-fiction not fantasy, To date s...

Was Chrétien de Troyes a Woman?

12th century poet Chrétien de Troyes has been called the grandfather of the m... 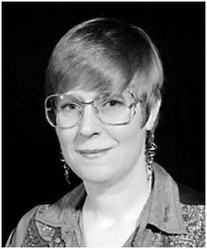 Lois McMaster Bujold is best known for science-fiction not fantasy, To date she has won four Hugo awards and at least one Nebula awards. She is best known for the Vorksigan saga.
89%  20   7 JoHarrington
Medieval Literature 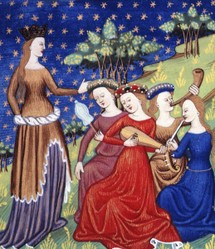 Was Chrétien de Troyes a Woman?

12th century poet Chrétien de Troyes has been called the grandfather of the modern novel. But should that be 'grandmother' instead?
Loading ...
Error!