This article goes over why sliding compound miter saws are the most important tool that you need. You will also learn where you can buy some of the best.

Miter saws are probably the best saw you can buy. A sliding compound miter saw will cut wood straight, compared to a circular saw cutting freehand.

The miter saw is designed so that every cut is precise and you don’t have to worry about cutting wood too short or too long. They have a spring loaded lever system that cuts wood straight every time you use it.

Some miter saws come with a stand, so you can easily set up the saw anywhere you want.  The saw clips right into the stand taking it less than five minutes to set up.  But if you buy a saw that doesn't come with a stand, you can just place it on a table or workbench.

You could even create your own stand. Whether you want advanced features or just a simple saw, you first need to know what makes a compound sliding miter saw good.

After using several miter saws, I realized that the most important thing is how accurate the saw can cut.  If the saw doesn’t cut where you want it too, consistently, then the saw is useless.  Although most new saws will cut accurately, a lot of older saws tend to get warped, resulting in inaccurate cuts.  So it is important to get a new one every so often.

Another feature that I have realized to be important is what angles can the saw cut.  Some saws allow you to cut at various angles, while others only offer a limited amount of angles.

Make sure you buy a saw that gives you the freedom to cut every angle possible, whether its 90-degree cuts or bevel cuts.  The more that saw allows you to cut, the better.

The last thing that I look for in miter saws is how easily is it adjustable.  When I use a miter saw, I want to change the angle of the saw easily, both saving time and frustration.  If adjusting the saw becomes a hassle, I will get irritated.

With the features I talked about above I have determined some of my favorite miter saws.

This saw is made by the company that makes the best table saw also.  If you want to buy the best miter saw you should buy this one.  It is a little pricey but, for the amount of years it will last you, it is well worth it.

This saws cuts are precise and will give you the versatile cuts that you would want out of a miter saw.  You can either buy this saw by itself or you can buy it with a stand, that includes mounting brackets.  This saw also has one of the biggest fences.

The fence is the part of the saw that you push the wood against so that your cut is accurate.  The bigger the fence the bigger wood you can cut.

Out of all the miter saws I have used this is probably my favorite. Not only is this saw less than have the price of the saw mentioned above, it’s also much smaller, which in my opinion is better because you can fit it and set it up practically anywhere

This Hitachi sliding compound miter saw even comes with a carbide blade when you buy it.  It also comes with a dust bag, wrenches so you can set it up, and an extended fence so you can cut bigger stock.

I like this saw because it comes with a laser making it easier to make accurate cuts.  And if you look at the reviews on Amazon you will know that other people also love this saw.  At $188 this saw this saw is well worth the money because of its durability and it’s ability to make the most accurate cuts possible.

It really depends on what kind of projects you are going to need the saw for. If it's just small projects, then i would suggest you just need a miter saw that makes simple cuts. But if you are doing bigger projects that involve you ripping the wood, then a table saw might be what you want. Ripping the wood simply means that you are cutting the wood in the same direction of the grain of the wood, as opposed to cross cutting the wood, perpendicular to the grain. Thanks for the comment!

I'm a DIYer and love cutting wood. I had a table saw and have thought of getting another. Would a miter saw be better?

How to Wash Your Clothes with Natural Laundry Products

Limit your family's exposure to chemicals by using green laundry soap. This g...

Yonanas is a frozen dessert maker that touts the ability to create an ice cre... 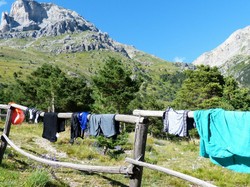 How to Wash Your Clothes with Natural Laundry Products

Limit your family's exposure to chemicals by using green laundry soap. This guide to alternatives for detergent will tell you how. Also included is a DIY laundry soap recipe.
100%  14   11 mulberry
Kitchen Appliances 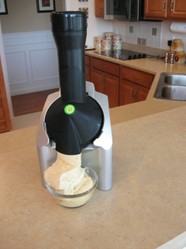 Yonanas is a frozen dessert maker that touts the ability to create an ice cream like treat that is much healthier than traditional ice cream. Find out if it lives up to its claim.
Loading ...
Error!