All over the globe, wildlife-watching tourism is a rising sector. It has accorded a big boost to the hospitality industry. Spotting the big five or three is trending globally!

The big five-story relates to wildlife watching in Africa but all trends boil down globally. In India, it could be the big three while elsewhere it could another numerical landmark. The crux of the story is that wildlife enthusiasts, photographers, and filmmakers wish to spot prime predators or mammals that a wildlife sanctuary or reserve, or National Park holds.

Destination management companies sell target species found in each and every National Park or WLS. They promise sightings of the big five and the targeted species of birds and reptiles.;

Hotels and wildlife resorts promise the best spotting of the target species in exciting and thrilling encounters (Jeep Safari). Mind you ecotourism is not a ruckus, it is a genuine pursuit to accord the best experience and earn money respectable for the performance. The experience is tangible and clients can measure the efforts of tour operators and wildlife resorts that service them.

Africa is World's second biggest and second most populated continent on Earth, but it is not known for that. The continent is well known for its extended wilderness now limited to large game reserves and private wildlife sanctuaries. Despite urbanization and degradation, the country is blessed with large long stretching contiguous tropical forests and savannah.

Africa is home to incredible populations of megafauna, although the biodiversity is much more diverse than it appears to outsiders.

The continent is home to over three thousand protected areas known as game reserves or National Parks. Among the protected areas are nearly marine 200 PAs, 50 biosphere reserves, and eighty wetland reserves. These are conservation units mostly under the aegis of local counties and NGOs. In National Parks of Africa, tourism is regulated by the government and a fee is applicable for game safaris. There are 55 countries on the continent and each has its own rules and regulation for wildlife watching so make sure of this before you travel for a wildlife safari.

The World has come to know African wilderness through books and magazines but most through a number of wildlife films and documentaries made by major production houses. Since the advent of TV, the popularity of African Wildlife has increased tenfold leading to enhanced ecotourism in Kenya, South Africa, Tanzania, and Namibia to name a few.

In Search of African Megafauna 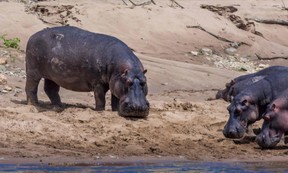 The big five-term was coined by the legendary hunters when the season was open. Now the big five wild animals are conserved as a National Policy, and hunting is banned all over Africa except in one or two countries that issue hunting licenses for an exorbitant fee.

These wild animals are found in the bush country which is actually long stretches of savannah or extensive grasslands with scattered trees, bushes, and rocky projections. These ecosystems are inundated by wetlands, intersecting rivers, and water holes.

The African landscape represents a romantic tapestry of exotic terrain shaped by years of evolution dating even before the impact of the tectonic plate movement. Turbulence and upheavals created by volcanic activities in the past, landslides, floods, sea level changes, and earthquakes have impacted the region through eons of geographical instability resulting in a spectacular landmass that is home to charismatic biodiversity. The most attractive elements of African wildlife safari are of course the predators and their associates but animals like Zebra, Giraffe, and Wildebeest are as enchanting. The big five legend remains an ecotourism focus besides events like the Great Migration in the Maasai Mara game reserve in Kenya.

Tourists, nature photographers, and filmmakers like to see the big five at one game reserve. Some of them join extended package tours comprising itineraries to destinations where these animals are found.

While all spotting in one is economical and easy to travel, tourists like to visit other game reserves to experience wild Africa.

Where to Spot Big Five?

These are the destination that can result in the sighting of the big five, but the most popular among them is Kenya at Masai Mara Game Reserve. Tanzania follows next. The great advantage of organizing a safari in Kenya is to witness the big five. Visitors can also witness the Great Migration during June and July every year. The spectacle erupts whence wildebeest arrive from Serengeti along with other antelopes, and Zebra in search of greener pastures in Maasai Mara. The most spectacular sighting takes place when they cross over the Grumeti River and the Mara River and onwards. The spectacle attracts a large number of tourists, filmmakers, and photographers every year. You can get an insight into great migration by watching wildlife documentaries on African Wildlife. 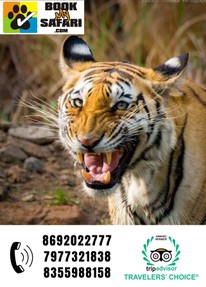 In order to reach Maasai Mara in Kenya Nairobi Airport in the capital city is the best destination. For Those traveling from India  BookMySafaridotCom, Mumbai organizes the best all-inclusive package tours.

Overseas visitors to India should contact BookMySafaridotCom for inbound tours to tiger reserves and then onward journey to Kenya in Africa.

Tourists prefer to join package tours for the company they provide others with the same interest and safety. Traveling on a package tour is also economical and is managed by experienced tour leaders, naturalists, and local guides.

The third sentence in your paragraph under the second sub-subheading, Where to Spot Big Five?, under your subheading Big Five Tourism mentions The Great Migration every June and July.

Wwoofing to see the world on a small budget

Asia is home to some of the most spectacular birds in the world but seeing th... 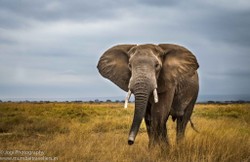 What is Search Engine Optimization in Digital Marketing18 days ago

Internet Marketing is the Global Buzz Word24 days ago Wwoofing to see the world on a small budget

Open to adventure? Maybe Wwoofing (World Wide Organization of Organic Farms) is for you: meet people, learn a language and culture, see the world, and help all at the same time.
60%  2   4 nickupton
Eco Tours 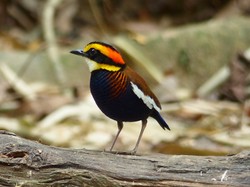 Asia is home to some of the most spectacular birds in the world but seeing them can be difficult unless you visit the right places. Here are some of the best birding sites in Asia.
Loading ...
Error!