The Complete Idiot's Guide to Hinduism - a Book Review

It may be strange to review a book that starts with a title like “the Idiot’s Guide to” but I was looking to learn something about Hinduism and thought this was a good start.

Lately, I’ve been reading articles, the sacred texts and books on Hinduism. One book was recommended by a well-respected Hindu website “Hinduism Today Magazine.” I bought the book and was immediately absorbed in the writing of Linda Johnsen, a writer who has been instrumental in introducing Hinduism to a western audience.

Since I’ve been learning all I can about Hinduism, I thought this would be a good book to explain some aspects of Hindu life, and it did - to a point. Johnsen explained the basics of Hindu belief, that there is one God, who is unfathomable and the Gods and Goddesses who abound, are aspects of that God in a form we humans can comprehend. It even says right in the Bhagavad-Gita, one of the best respected books of Hinduism, that it doesn’t matter what name you call God, it is all the same. Hinduism is the most tolerant religion in the world, acknowledging the validly of all religions. Unfortunately, the reverse hasn’t been true.

Johnsen give a fascinating history of Hinduism. She recounts the belittling of Hinduism by scientists who claimed the Vedas, the sacred texts, could not possibly be as old as they claimed. Now archeologists have found statutes from about 10,000 years ago that are the same as those being worshiped today. Hindu saints from 6,000 years ago acknowledged that their history was already ancient.

Johnsen also writes about the sacred texts and what is included in them and what Hindus believe. She explains the main denominations and some of the similarities between the miracles and teachings of Jesus and Hindu religion. She gives a very good description of the Hindu Gods and Goddesses and the different paths to enlightenment. She explains things so that even a westerner like me can understand how people can worship a Goddess like Kali. Kali is the destroyer and portrayed as a fearsome creature wearing skulls and licking blood. As she explains it, Kali is really the mother who will destroy the ego so that the devotee can find peace and God.

I was very fascinated by this book, yet I found a few things that didn’t make it a total winner for me. One was the focus on India itself. It was interesting to read the descriptions of the culture and how it could produce such a highly refined system of belief. What I found less interesting, however, was the tour-guide approach of one chapter on the great cities of India. I am living in the west and am interested in Hinduism as it affects my life. I doubt that I will ever have the opportunity to visit India.

I was disappointed that there was only one chapter, a thin section at the end of the book on Hinduism in the west. I would love to know more about how people have managed to follow Hinduism in our materialistic culture.

Another frustrating feature was the way section and chapter headings were named. The chapter discussing jnana yoga is entitled “The Razor in the Mind.” The chapter on bhakti yogi is entitled “Straight from the Heart.” This feature makes it difficult to go back and find a section unless you remember what she is referring to. In fact, this was a used book and someone had written the information on the chapter pages .If they hadn't done that, I would have.

I’m not sorry I bought the book. I know I will be referring to it often in many days to come. I learned much that I didn’t know and things I did know were made clearer to me. I would recommend the book to anyone interested in Hinduism. But while it is a good introduction, it is not a primer for those looking to learn how to become Hindu.

Linda Johnsen was born in Chicago and earned a Master’s Degree in Eastern Studies. She has published 8 books and has written well over 100 articles. She has spent time studying with great yogi masters in the US and in India. She travels between India and her home in California and lectures on Hindu Spirituality.

That's true. The long periods of time which pass as the Earth changes in Hinduism seems like it's happening, too.

Thanks. I don't agree with Watts though. Hinduism makes perfect sense to me. Buddhism is fine, but it doesn't work for me. It's almost more of a philosophy than a religion.

Hi Ragtimelil,
I have also been reading on Eastern Religions in the past 2 years. You might like Alan Watts. He began as a Episcopalian Minister, but realized his congregation didn't believe in the Christian dogma and such. He lectured and wrote a lot of books, which his son has saved, and the lectures can even be bought as CD's so you can listen. Watts basically takes Hinduism and says it would not make much sense in another country than India, so thinks the form taken outside is Buddhism. It's interesting stuff. I'm wrestling with that and Zen. It's a hard concept, as there is no "you". Yet I'm here. I think.

I found it interesting to since I couldn't understand honoring such a violent deity; Now it makes sense.

I found that point about Kali interesting. Never saw it mentioned that way elsewhere, or if it was, I don't remember.

I love biographies. I love to see inside someone’s life. Most of the time I a... 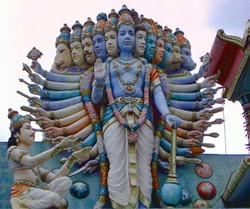 How do those following the path of Hinduism celebrate the winter solstice season? The festive holiday I discovered was Pancha Ganapati.
48%  7   4 Ragtimelil
Biographies and Memoirs 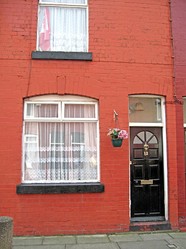 I love biographies. I love to see inside someone’s life. Most of the time I am surprised. They are not at all who I thought they were
Loading ...
Error!