The Cruel Sea, written in 1951, is one of the best known seafaring books by author Nicholas Monsarrat.

The Cruel Sea is one of the best known seafaring books by author Nicholas Monsarrat. Written in 1951, it is a fictional retelling of the experience of corvettes in the Battle of the Atlantic, written by someone who lived through it. Telling the escort duties of the fictional HMS Compass Rose until the ship is torpedoed and the surviving crew moved to the HMS Saltash to see out the war.

About The Cruel Sea

Written by a Royal Navy officer who served in corvettes and on convoys, drawing on his experiences and written less than ten years after the end of the war, The Cruel Sea is considered the best novel about the Battle of the Atlantic, and one of the greatest war novels of all time. It is not an easy read: it is realistic about the casualty figures, the injuries, and the hard choices the escort captains had to make.

Unusually for a war story it doesn't end with the sinking of the ship. The HMS Compass Rose is torpedoed, but instead of ending the story it follows the few survivors onto the HMS Saltash, and their continued service until the end of the war, as this is the story of people, not a single ship.

The Cruel Sea is not a Boy's Own adventure - it is about the grinding terror of escort duty in the Battle of the Atlantic day after day, escorting unarmoured merchant ships across the Atlantic in danger from convoy raiders and U-boats and knowing that this is Britain's only lifeline. The reward for completing that duty? To do it again, and again, to keep family and friends alive.

A Review of The Cruel Sea

"The best novel to come out of world war two..." Charles McCain

The HMS Jervis Bay was the sole convoy escort for convoy HX84 which was ambushed by a pocket battleship, the Admiral Scheer. The heroism of the Jervis Bay, protecting the convoy at the cost of their lives, earned the Captain a Victoria Cross.

The Cruel Sea on film

The novel was brought to screen by Ealing Studios, in a critically acclaimed film. With a cast including Jack Hawkins. Donald Sinden and Denholm Elliot, directed by Karl Friend, it was released to massive critical and audience acclaim.

It pulled no punches, and in a country where rationing and food shortages were still common, and the effects of the war were still being felt, it struck a chord with the audience. Given the high casualty figures in the UK, many of the people watching it for the first time would have lost people they had known in the war.

Trailer for the film by Ealing Studios.

The Cruel Sea on Film

Corvettes, veterans and the Royal Navy

The novel pulls no punches, and nor does the film. While, as Donald Sinden says, it is about what you don't see, the film makes it quite plain what is occurring, particularly in the heart-breaking choice the Captain has to make when there are crewmen in the water - and a U-boat hiding beneath them. Even filming it was dangerous, as all the stunts and ships were real. As Donald Sinden details, when the Compass Rose runs over a crewman struggling in the water, that was actually a stuntman being hit by a Royal Navy Corvette at full clip.

The making of a classic

The Master Mariner by Nicholas Monsarrat

Nicholas Monsarrat's greatest work remained unfinished at the time of his death. The Master Mariner was a planned triology, but only one book was completed. It is considered the best sea saga of all time.

The Master Mariner
The Master Mariner stories were written by Nicholas Monsarrat to illustrate the role of seamen throughout the ages. Famously unfinished, the existing books are considered classics.
Updated: 01/30/2015, tirial
Thank you! Would you like to post a comment now?
2

I had an extensive lens on HX84 and the Jervis Bay, which should be coming here soon.

The story of the Jervis Bay is one of great heroism, and there is the similar tale of the Rawalpindi, an armed merchant man that fought two pocket battleships. Magnificent heroism. There is the story of the destroyer Glow worm, which took on the Admiral Hipper and two destroyers. Glow worm's last act was to ram the Hipper, an act that took it out of service for the rest of the war. In each of these cases a heroic sea captain fell in action.

We might also remember the Atlantic Conveyor in the Falklands War, whose captain personally checked the burning ship for missing men and was the last off, but was swept away by a wave while the lifeboat struggled to reach him.

I get amazed with the vastness of sea, it looks never ending and infinite. The power of sea, tsunami and the destruction it can cause can be devastating. Perhaps, that's why the author calls it cruel. The author seems to be acquainted with sea as all his books reflect it,

The Master Mariner stories were written by Nicholas Monsarrat to illustrate t...

HX84 was a British navy convoy in the second world war. Attacked by the Germa... 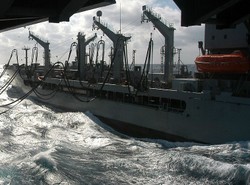 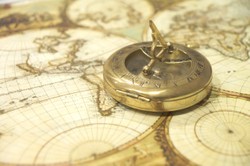 The Master Mariner stories were written by Nicholas Monsarrat to illustrate the role of seamen throughout the ages. Famously unfinished, the existing books are considered classics.
10%  0   1 tirial
Military History

In the eighteenth century, Longitude positions could not be measured. Ships were being wrecked so the British Parliament passed an Act setting a prize for a solution.
Loading ...
Error!