The Crystal Palace, built to house the Great Exhibition of 1851, is going to be rebuilt in South London. But can it come up to the standards of the original?

According to the BBC News, apparently the fantastic Victorian innovation, the Crystal Palace, is to be rebuilt on a site in South London. There are rumours that the Chinese are involved and that it won't be quite the same as the original Crystal Palace.

It will have to be pretty spectacular to live up to the original building. Maybe it's time to look back at this beautiful structure to remind ourselves of what a departure it was from the usual Victorian architecture.

The Crystal Palace and The Great Exhibition

In 1851, the Crystal Palace was erected in Hyde Park to house the Great Exhibition.  It aroused a great deal of controversy.  The Victorian public had never seen anything like it before.

Its primary purpose was to house goods and designs that represented the achievements of British industry and her colonies, as well as artefacts from the rest of the world. These articles would be gathered under one roof to expresss the optimisim of the age of industrialisation and the advent of a new era of progress and unity.

Here was the fabulous Koh-i-noor diamond, a cotton gin and agricultural machinery from the USA, sable furs from Russia, fine porcelain from China, scientific instruments from Berlin - although half the space, and pride of place, was devoted to British trade and industry, including displays of carriages, engines, textiles, clocks and Wedgwood pottery.

The Structure of the Crystal Palace

Wonderful and intriguing as the artefacts were, it was the structure itself that became the 'star of the show'.  The Crystal Palace was designed by Joseph Paxton, whose inspiration came from a previous project at Chatsworth House in Derbyshire, where he had built a huge glass glass conservatory.

The Crystal Palace covered an area of 18 acres and was the first building on such a large scale to be constructed entirely of prefabricated cast iron and glass.  Its construction was a miracle of organised labour.

The land in Hyde Park was handed over to the contractors on 30th July, 1850, and the building was completed by labourers, working day and night, in just 22 weeks.  Private capital paid their wages - not one penny of government money financed any area of the work.

Fantastic Tribute to The Crystal Palace on You Tube

From construction to the fire that destroyed it. Shows beautiful interiors.

The Opening of The Great Exhibition at The Crystal Palace

Lots of People, Pomp and Pride!

The opening of 'The Great Exhibition of the Works of Industry of All Nations' took place on Thursday, 1st May, 1851.  Queen Victoria arrived by coach from Buckingham Palace to be greeted by half a million people massed in the park itself, while 30,000 of the privileged elite were assembled inside the crystal structure. Massed choirs sang the National Anthem, the Archbishop of Canterbury said prayers, and the whole celebration was rounded off with Handel's 'Hallelujah Chorus'.

The grandeur of the opening ceremony reflected secular and religious pride in work and industry - two dominant themes of the Victorian age. According to Prince Albert, who took a leading role in organising the exhibition, the construction of the Crystal Palace and the display of artefacts from around the world symbolised 'the great principle of division of labour' and 'the realisation of the unity of mankind'.

Items Relating to The Great Exhibition 1851

The People's Palace - The Crystal Palace and the Workers

On those days when the entrance to the Great Exhibition was reduced to one shilling, the railways were bursting at the seams with people from all over England who had saved with their Friendly Societies and unions for the journey of a lifetime.

Nevertheless, many members of the upper class were concerned that the construction of the Crystal Palace and the opening of a Great Exhibition would cause riots and demonstrations by socialists and the rising unions.  In fact, only 25 people were prosecuted for offences committed inside the Crystal Palace during the whole five months of the exhibition.

Artistic Opposition to the Crystal Palace

Some thought it ugly!

To be inside the Crystal Palace was, according to one contemporary observer, 'to lose any sense of a beginning or an end'.  The panels of glass, with their delicate traces of solid iron-work, seemed to melt into the air so that it was almost impossible to distinguish between the inner and outer worlds.  Even so, most of the British cultural establishment condemned it.

William Morris described the exhibition as 'wonderfully ugly' and Edward Burne-Jones thought it 'cheerless' and 'monotonous'   Another artist, Pugin, who was responsible for creating a perfect replica of a mediaeval court for the Exhibition, described the Crystal Palace as a 'glass monster'.  John Ruskin acknowledge that it was a technological triumph, but ultimately he saw it as degrading the nobility of labour and denying individuality.

Demolition, Recontruction and Fire - the end of the Crystal Palace

In 1854 the Crystal Palace was removed from Hyde Park (an innovation in itself) and reconstructed on Sydenham Hill.  There it was enjoyed and loved by ordinary people for many years until the night of 30th November, 1936, when, in just three hours, the whole Crystal Palace was destroyed by fire.   All that remains now of its magnificent presence are a few foundation stones and a collection of dinosaur statues.

Can The Crystal Palace Rise Again?

The Crystal Palace was certainly a building which was ahead of its time, and one which captured the imaginations of generations of visitors.

It would be wonderful to see it reconstructed  and for it to become an object of affection to the people of London.   Whether that can be achieved today remains to be seen.  It might not have the same impact for us that it had on the Victorians.  For them this was something spectacularly new and innovative.

However, given time the new Crystal Palace, if it does get built,  might well find a permanent place in the hearts of Londoners.

All that Is Solid Melts Into Air - the Experience of Modernity  by Marshall Berman (Verso 21 Jun 2010).

A Visit to Tower of London Beach - Find History on the Thames Foreshore
A rare visit to the Thames 'beach' in front of the Tower of London resulted in some fascinating finds including Roman, Mediaeval, Tudor and Victorian artefacts.

Hello 2uesday - I'm glad it's filled in some gaps for you! I hope to put an article up shortly about Joseph Paxton. Did you manage to see the Marianne North Gallery when you were there? http://wizzley.com/visit-the-marianne...
I hope you don't mind me putting that link on here, but she is such a fascinating character. Thank you for your comment.

Elias - That is so sweet of you! Thank you for that lovely comment! :)
Johnny - I'm pleased you liked my article! Thanks for the encouragement.
Cmoneyspinner - I wonder how many panes of glass got broken! :)

I certainly missed your thoroughly researched and well written articles on art and architecture, dear Kathleen :) Thank you for this educative post!

Very nice post about the history of Crystal palace.

ologsinquito - Yes, you are so right! I'm glad you found the article interesting. Thanks for your comment.

Thanks for writing such an interesting article. It shows that things in this world are passing, and all this intense labor was gone in just three hours.

Following in the footsteps of fictional detective heroes, Holmes and Poirot, ... 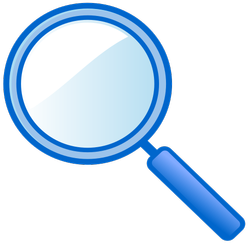 Following in the footsteps of fictional detective heroes, Holmes and Poirot, is elementary, my dear reader....just follow the clues and then click on your mouse!
16%  0   2 KathleenDuffy
Cultural & History Tours