The Docks is a short novella by VH Folland available in paperback and ebook, with a longer sequel Conflict of Interest.

Author's notes, comments, and details about The Docks (the crime novella by VH Folland), with links to extra content and material as well as information about the sequel, Conflict of Interest.

The Docks is a crime novella set in a dockside area in Britain. Harry has just finished a light spot of insurance fraud, only to find out he didn't know everything that was going on. Now he's on the hook for murder...

"Bob had told me we were going to sink the ship, but what he hadn't mentioned was that it wouldn't be empty when we did it. My jaw dropped in horror as I saw the arm, smashing out the cabin window, black against the flames behind it as it fumbled for the door handle on the outside to escape the inferno. Fumbled at the door that Bob had blocked."

Harry has been trying to go straight since he got out of prison. Out of funds, time, and opportunities he finally takes on something in his old line of work. Then everything goes wrong. Incomplete information and an unexpected betrayal leave him on the hook for a death he never planned. As his solicitor and the police debate the difference between self-defense and self-interest, Harry needs to unravel what went on - and why what he knows doesn't match the investigation's discoveries. Otherwise, he'll be back inside for life.

The Docks is available in Paperback at 4.99 or ebook price 0.99 from most distributors, including Nook, Amazon, Kobo, etc.

"Harry's journey and the book's ending satisfied entirely. I'm shocked that a book with this calibre of writing has such a small following." DA Boulter KBoards: 7 authors, 7 books, 7 reviews: 1/2 of an experiment in BBoS extermination

Trailers for The Docks

The Docks is a story I was rather proud of. It was inspired literally by a literary "don't". An editor I knew expounded at length about the fact that the phrase "Bob told me that..." should never appear in a story. Being me, and a rather contrary soul, I started with that and wrote from there. My immediate thought was, "but what is Bob hasn't told him everything" and the whole story grew from that but...

The Docks has had good reviews, and I was very flattered when Love Thy Author listed it as an Undiscovered Gem, but like most of my writing it doesn't get much exposure due to my total lack of confidence and therefore promotion.

The main question in the Docks was what exactly Harry was guilty of. Have your say below.

Not really a ladies' man

One extra five hundred word short I will admit to writing covers Harry's dating problems. Come on, with his record and his decided lack of social graces, you didn't think he was a ladies man did you?

You can read it for free online on my blog, here: Dating Problems

Conflict of Interest continues Harry's story as he tries to go straight. Too bad it's put him right in the path of an old mate's retirement plan...

At 30,000 words, Conflict of Interest is available from most ebook sites.

Trailer of Conflict of Interest

A Sample of Conflict of Interest

A short preview of Conflict of Interest. A fuller sample can be read at Smashwords:

Climbing out of the small window was harder than climbing in had been, but then I had the cash box under my fleece. Watching carefully through the small gap, I checked the alley was empty as best I could. Once the security camera was pointed the other way I slid my legs out, breathing in and forcing myself through the gap. The cash box dug painfully into my ribs, then went through the gap. As my feet hit the tarmac I looked up at the back of the camera and grinned. Quickly I headed towards it, planning to wait while it panned passed the side of the alley and walk out in the blind spot. Then I just needed to turn the corner, walk to the little cash-let office I was working from and drop off the proceeds of my second break-in of the night. Simple.

"Gimme your money." OK, it should have been simple, but things so rarely go as planned. I stopped and looked at them. One of the risks of a job like mine - wandering around at night in dark alleys - was running into idiots like this. There were two this time, all designer clothes and attitude, waving these pathetic little penknives like they thought I'd faint. Usually I'd either have gone along with it or thrown a empty wallet in the street and given them a thumping for their trouble. Right now I wasn't just carrying my money and, after all the fun this evening, I wasn't handing my haul off to anyone.

"Make me." I grinned, curling my hands into fists. Any excuse for a rumble. They actually took me up on it, I'll give them that.

I am in two minds about Conflict of Interest. While its a reasonable sequel, I don't think I conveyed what was going on as clearly as perhaps I might.

There are a few other planned sequels in notes and even draft form, but I'm siting on them because I'm honestly not sure whether they bring anything new to the table. Planned stories included his niece's school christmas party, a stolen classic car, and a bank raid where the robbers don't know that one of the hostages has a bit more experience in these situations than most. My main fear is accidentally turning Harry into some kind of action hero, which he's not. He's a likeable rogue with street smarts at most.

I could rewrite these without using Harry as a main character, but then the challenge is giving the new lead a unique voice and character.

Should The Docks have had a sequel?

Have you say - should the rest of the stories come out?

Kindle has a wide selection of books. On this page I will share some favorit...

Not sure whether to use KDP, to enter Select or whether your ebook can be sol... 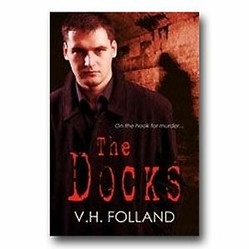 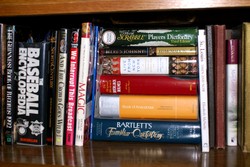 Kindle has a wide selection of books. On this page I will share some favorites from my Kindle booklist.
32%  4   3 VHFolland
E-Books

Not sure whether to use KDP, to enter Select or whether your ebook can be sold on Amazon without being exclusive? This is a quick and unofficial guide.
Loading ...
Error!