The Effects of Substance Abuse

So many people today, young and old are becoming addicted to drugs like painkillers and alcohol. What happens when you can't stop!

There are so many side effects from using and abusing drugs and alcohol that can cause long term serious problems with your body and mind. Even our older generation can get caught up in 'prescription medications' and it has become a part of normal everyday life.

This article will study the effects of substance abuse.

The Painful effects of Drub Abuse

A daughter's letter to her Mother

Just What Can Drugs Do?

The Side Effects Can Be Deadly.

We've heard so much about Cocaine, especially from high profile famous Stars and Athletes that have had serious problems with them, even to the point of death. Cocaine can cause such long-term effects like tremors and seizures, psychosis and heart failure. How sad that a big Star can do so well in their career and yet let a drug be their downfall.

Impure substitutes for many drugs in high doses can cause immediate life threatening problems like heart attack and respiratory failure, even coma. Combining drugs is just too dangerous. Most people know that but when you are addicted and that drug has a hold on you, the level of reasoning is gone.That person may not even believe they have a problem at all.

Take painkillers for example. A person with chronic pain may believe they are not addicted but when they have to take the pills day after day and it's all they can think about, they may have an addiction and sooner or later may question if they can get treatment for addiction.

Barbiturates, tranquilizers and others in this category are really being over abused today. They are prescribed by doctors but they can cause nausea, seizures and even coma. Some people again get to the point they don't realize how much they are taking and if they use them with alcohol, it could be deadly.

LSD was famous in the 60's but it hasn't gone away. Kids and even adults can still get it and it can still cause rapid heart beat, depression and disorientation. It's claimed to have long term effects like paranoia and psychosis.

Heroin is just an awful drug of the devil (those are my words) I've seen so many young lives destroyed because of this drug, and the overdoses have usually been proven fatal. Respiratory and circulatory effects along with seizures and death are just the tip of the iceberg.

Amphetamines have been proven to be terrible for anyone to take. High heart rate, high blood pressure, headache, blurred vision, dizziness, impotence, skin disorders, tremors, seizures and that's just a few of the issues with these stimulants.

Want To Know More About Drugs We Take Everyday?

The Elderly Generation and Drug Abuse

Are our elders at risk?

Studies are showing that this generation of baby boomers is going to overpopulate the health care system. Substance abuse and alcohol abuse will be atrocious according to some statistics.

Abuse of legal medications by the elderly 60 years of age and older is being considered one of the fastest growing concerns in our nation. Atkinson & Kofoed, Schonfeld & Dupree and CSAT (these are studies I believe) are saying these problems are underestimated, underidentified and undertreated. It is a real but smaller problem of the effects of substance abuse. It comes down to the fact that no matter what age, young or old, there is a serious addiction problem in our society today. Sad but true.

Do you think the older generation is hooked on painkillers?

Is There Really Treatments for Vicodin Addiction?

This will guide you to some ways to seek help for addiction. National phone numbers included.

Thanks for your thoughts on this important issue. I just wish it could be more mainstream and not hidden like it is or ignored.

Very important information. I cringe when I realize the many drugs so many elderly folks take, its so sad. Getting this news out is the first line of defense, making people aware that it's not needed or good and you can overcome the dependency, great work!

Good information on an important topic!

Mladen thanks for reading this. work in a nursing home and you would not believe the drugs, especially pain killers that are ordered, even for those in rehab. I wish drs. would try to use alternate medicine more, but it's easier just to write a script. Will take a look at your writings too.

Yes, substance abuse is new age disease. We are all addicted to something, and that is horrible, when you think about it. I am addicted to chcolate. :)
Now serious. It is devastating to see what drugs can do to an individual. I have one article written about addiction to one of new drugs on the market. It just tells us we are not learning. The society is coming out with new and more devastating addictive substances. Nothing can defend you from that fact, but your sane mind. I am glad to see people writing about these things.
Thank you! 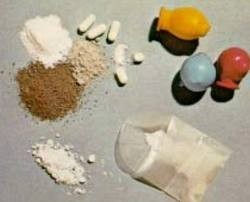