Everyone is entitled to their own opinion in regard to Social Networking. To post or not to post? What is considered appropriate and what is not? These are the questions.

I believe in freedom of speech and expression so I usually ignore posts on Facebook that I feel are inappropriate. So you may wonder, why I am commenting on a recent post ? Quite simply, because it bothered me. It bothered me because it compromised another right. The right to privacy that these two young people should value, for their family, if not for themselves. The lack of discretion, the gender bias in the response of my local media and the "likes" of a million people worldwide were just as unsettling.

On my way to work this morning I turned on the local radio station.  I gauge if I am running on schedule by what is on. If the World news is airing I will make it to work on time.  If the Local news has already started then there is a chance I will be late.

The local news had begun so I was distracted. I wasn’t distracted enough to miss a quick commentary on something that happened recently.  According to what I heard, a young man posted a picture on Facebook. In the picture he was  sitting with a young woman and  holding a poster that claimed she had agreed to have sex with him if his post received a million “likes”. They were interviewed at some point after the initial post and it was said they would honor the outcome if their post achieved this goal.  Apparently it did within 18 hours of being posted.

I realize this may have been a publicity stunt, a joke, or some other display of extremely poor judgment on the part of this couple but it doesn’t lessen how appalled I was. It bothered me for reasons that went beyond the story itself.

The commentators concluded by stating, “ Wow, her parents must be proud.” This was followed by a couple of other statements pertaining to the young woman.   I understand their sarcasm and would be disgusted, disappointed, and embarrassed if my daughter or niece were to engage in a stunt like this. However,  I would be just as disgusted, disappointed, and embarrassed if my son or nephew were to do the same.  I have tried to instill self-respect in my children.  I have also had the fulfilled expectation that they would show respect for others and at the least, refrain from taking advantage of the vulnerability of another person due to their own lack of self-respect.

I was irritated and saddened by the response of the commentators because accountability for this posting did not cause a negative reaction toward the male creator of this post, but to the female subject of the posting instead. They seemed to completely lose sight of the fact that there were two parties involved in this action. In reality, there were eventually over one million. One million people demonstrating how attitudes defining what is morally right or publicly appropriate have changed, among many other things.

Some may think I am over-reacting because I am still dwelling on this hours after initially hearing it. After all, there are far worse things happening in the World.  There are atrocities occurring every day that are based on the fact that there is a widespread disrespect for others and the morals and values the majority once held dear have diminished.

Positive changes in attitudes can sometimes come about in simple ways. I think that it is about time for parents and people in general to start voicing disapproval of acts such as this and try to instill in others that “liking” something that is degrading is not “funny” or acceptable.

One million people basically condoned this, encouraged it.  Of those one million people, how many of them have griped in the past year about the ills in society?  Many have probably complained about the high cost of social programs, the violations of human rights, the rise in crime or the loss of personal privacy and with little thought turned around and stamped their approval of something so simple, yet so unacceptable.  The disgrace of this is further amplified by the fact that postings for other altruistic causes have not succeeded in achieving a goal of the same magnitude.

Yes, I believe that accountability has to be assumed by many, not just one. In my opinion, the young woman but also the young man. The commentators from my local radio station (that focused on the role of the young woman), and one million others share the “honor” of demonstrating how our ideologies have changed. It may have started as a joke but I don’t see any humor in the act or in the overwhelming, encouraging response it received in a relatively short period of time.

Please Note: I did not personally see this post. This essay is based on what I heard on my local radio station on the morning of January 21, 2013.  I have since heard that Facebook pulled this post offline when it became aware of the nature of it. If this is accurate, then my response is a “like” or “thumbs up” to Facebook.

I have no idea what you're talking about, but I like that you're firmly convicted enough to take a stand on it.

"Letters and phone calls use to take time to write, make and exchange, and that gave you an opportunity to think things through." ---Or in my case as a foolish teenager 2uesday, it gave MOM TIME TO FIND THEM! (my mother was the master of search & seizure!)

Unfortunately young people don't think very far into the future and places like FaceBook give them the feeling of popularity for whatever they decide to do. Young people are bombarded with all kinds of immoral behavior these days. They not only get it in real life, but see it all over the internet. It is frightening that many kids no longer worry about what their parents or families will think. Society on a whole is on a downhill slide I'm afraid.

Oh, yes, indeed! Don't get me wrong, I'm quite happy to call myself 'old fashioned'. It's just so concerning (and slightly baffling) to look around and see that a significant proportion of the world sees things very differently from you. So, it's always lovely to read thoughts that chime with mine.

Thank you Wisefool...I was beginning to think no one found this article of any interest or worthy of comment.! Sometimes, in some situations/circumstances, I think "old fashioned" views are something to be proud of!

I agree with every word, Georgette. The disparity between the perception of a young woman and young man in regard to anything of this nature is an injustice that's existed for a long, long time (far too long). It's sad that, in the 21st century, this attitude is still prevalent. Both of them should be embarrassed by what is, let's face it, a youthful but catastrophic error in judgment. As already mentioned, they may well have negatively affected the rest of their lives.

I'm not quite thirty, and I already feel that my views are 'old fashioned' in terms of what is deemed perfectly acceptable, and even funny, among the social media generation. I dread to think where this is leading us.

Thank you for your input Tolovaj, interesting and valid points.

Posts like this (and reactions - interesting, there is only like, not dislike button on FB) are only a reflection of changes in society. We are living in times where everybody can create his/her own reality with specific norms. There is no universal right and wrong anymore, only reality which fits to specific individual. We can see this on web all the time with 'personalized search results, to enhance our web experience etc.'

Where is this leading us? We'll see, but we'll not see the same truth:)

Thank you for making a couple of additional points that I failed to make but totally agree with. What we write can often come back to "haunt" us and I do know that facebook is indeed used my many perspective employers now. Just so you know though, it wasn't a video that I saw. It was something I heard on the radio. Thanks Again.

Kids do not think before they expose themselves to the world.. At one time if a child/teenager acted impulsively in stepped the parents to provide the life lesson.. Now, everything goes straight to Facebook where it will forever remain.. These impulsive children do not seem to understand that there online choices will never disapear...All those bad choices will forever remain on the internet to haunt the person for a lifetime.. I agree- the boy should be held just as responsible.. However, where are the morals? She is afraid her dad will find out? How about when she applies for a job, and they decide to do a "facebook" background check? The world is a different place, and somehow we need to find a way to drill into our children's heads that this is not right.. that it will change their lives.. This brief moment of fame will fade leaving them both with an online tragedy... Soon, the media will turn as it always does.. It will no longer be funny.. it will be used as a lesson for other teenagers... Problem is.. most kids won't see the true lesson- they will just see the video as competition. Thank you for the article.. I am happy to see someone agrees with me.. 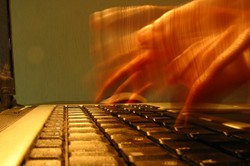 Solutions to Social Problems: Lessons From Other Societies (5t...
100%  37   10 AbbyFitz
Other Social Issues