The Inheritance Tales-A Prologue in Couplets

A Narrative poem about the gathering of heirs waiting to hear the reading of the will. It is written in the style of The Canterbury Tales by Chaucer.

This is a narrative poem I wrote in grade 12 for my English literature class . We had the choice of writing our own version of The Canterbury Tales or Beowolf. I chose The Canterbury Tales and based it on a group of people gathering together to hear the reading of a will. This is the prologue only-an introduction to the characters. The narrator is neutral. One character is all bad, one is all good, others are complex-as real people generally are. But in the era of Chaucer, people were described in literature in physical ways that matched their moral characters.

A Prologue After The Canterbury Tales

When my aging Master passed away,

A fortnight ago on Saturday,

Not a tear of sorrow could be shed

For the man who died within his bed.

He had been sick for quite some time.

His failing health was such a crime.

And I, his butler, feel that I should

Relate what no one else ever could.

To tell of a matter which came about,

As soon as family and friends found out

Of the anticipated will which once he wrote;

They tavelled to his home upon the hill

To hear the reading of my Master's will.

And so begins this tale of expectations:

The anxious figures low on patience.

The admirable Nurse was the first to arrive:

The most considerate and thoughtful woman alive.

She had treated Master with maternal affection

And thereby gave him much needed attention.

When no one else had the time to care,

She sat for hours in his bedside chair

Talking with him till he fell asleep.

This lady was the only one to weep

At his death, no kin, and to be sure,

No one was fonder of him than her.

I greeted her warmly at the door.

A pleasant expression on her face she wore

With a gentle smile that reached her eyes.

She looked at me as one who is wise.

As an orderly woman she was simply dressed:

No extravagance to be found, I noticed.

Her watchful gaze was alert and keen.

She reminded me of a matronly aunt I had seen.

And though I could continue, I must confess

That to rant and rave I can't; I digress.

Then came his Partner, a formidable man

In property development, the business heran.

He wore a lavish tuxedo and smoked a cigar,

And on his right check, a jagged scar

That extended from his mouth to the tip of his ear.

He could resemble a robust pirate with a sneer-

Which he did when he smiled an insolent grin

To heighten the blemish and pucker the skin.

The business flourished under his firm hand,

For no one had his knowledge of the land.

He knew of each estate bought and sold;

His corporation grew while others would fold.

Prospective clients were treated to a meal

In hopes that they would strike a deal.

The monopoly he owned he acquired dirt cheap;

The prices at which he let them go were rather steep

No one held this fact against him;

Truthfully, of this they were rather dim.

The will would be read by the Lawyer.

As counselors go, he was a shrewd employer;

A clever and cunning agent,

His shady actions were never blatant.

His features were gaunt, his cheeks were hollow,

The purpose of his words; he wasted none.

Rarely did he surprise or stun

His audience. He never smiled

Nor lost his temper, turning wild.

His suit was as clean as a waxed floor.

His thin moustache tells one more

Of the character of this man:

More so than I can.

The grieving Widow descended the staircase,

Her velvet dress was a dark, blood-red,

And she wore a silk hat upon her head.

as a hostess she was elegant and meek

She greeted her guests in accentuated Greek.

She turned around and led the way,

Down the hall with a gentle sway

To her hips, till we reached the room

where we'd hear the will, I assume.

From the bar she served us drinks

To soothe tense nerves, I think.

Once she had her glass of sherry,

She lightened up, her manner merry.

She went around and hugged us all.

Turning towards the narrow hall

She paused, giving the partner a kiss.

An accountant, Master's only Son was late.

An important man who expected people to wait

For him to come, and they usually would.

They employed him to see where they stood

Financially before an audit.

HE fixed them up as he saw fit.

His body was short and fat

And his flesh expanded when he sat.

His graying beard was as thick as fog;

His croaking voice made him sound like a frog.

This man was an expert on finance

And could discover with just one glance

Whether someone was rich enough

For his time; if not, that was tough.

I'm sorry to say I've come to the end

Of introducing this interesting blend

Of people. They soon would know

They still had some time to spare

Before they knew exactly where

The old man left his fortune,

and who would get the largest portion.

In the morning it would be read

Soon after they arose from bed.

Time went slowly, so I taught

Them of an idea I had thought:

To tell a story, one by one,

we all agreed, and the order that we derived

Was to speak in the order that all arrived.

Have you read The Canterbury Tales by Chaucer?

The Canterbury Tales by Chaucer

The original text, in the author's original language of the Middle Ages

Been very busy lately, so I am just replying to this now. I have some books that I want to read as they are famous titles but haven't yet because they are in too good condition. Somehow, the idea of reading a new-looking hardbound copy of a book makes me think I am going to ruin the book. I need to have just paperbacks of famous titles to make sure I will actually read them. I collect books to read, not as investments to sell later. Thanks for the compliment and for sharing your thoughts of the original.

what a fun assignment, Flora, and you did ti well. I have a beautiful copy of the Canterbury Tales that I haven't yet read. I often have trouble with archaic poetry, though I have read the cliffs notes. Nice work, Flora. I enjoyed this very well.

Hi, Mom! Glad to see you back online. Yours is the first comment about this epic poem on Wizzley. All my other comments have been for my articles, not the one poem. I think I will focus on articles here only.

Hi Flora,
This is one of my favourites of yours and I'm glad to see it published here. I think the part about the widow is absolutely priceless!
Great work.

an introduction to me 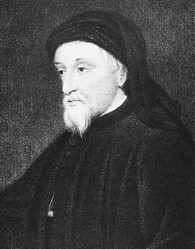 A review of Leaves of Grass, by Walt Whitman - Father of American Poetry
100%  34   30 Jewelsofawe
Inspirational Poems 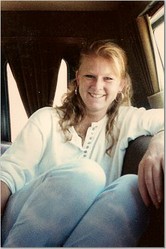