The fight between two heavyweight champion boxers, Jack Dempsey and Gene Tunney, took place September 22, 1927 and is still talked about today. It's known as The Long Count Fight.

The rematch between former champion Jack Dempsey and the current champion Gene Tunney took place September 22, 1927 at Soldier Field in Chicago, Illinois. With an estimated 104,000 in attendance and a record-breaking $2,658,600 at the gate, Dempsey had hopes of regaining the world heavyweight championship.

There were 3 key points that were different for this bout:
1. The fight would go 10 rounds instead of the usual 12.
2. The size of the ring was 20 feet as opposed to the normal 16 feet.
3. After a knockdown, the fighter on his feet must retreat to a neutral corner before the referee could start the count.

above photo provided by and available at Amazon...see below.

A neutral corner is with no trainers

The neutral corner rule regarding the fighter still on his feet after a knockdown was in place for this fight at the request of Dempsey. The rule states that the fighter on his feet must retreat to a neutral corner before the referee can start the count on the fallen fighter. The referee would start the count at 'one' and the fallen fighter has 10 seconds to rise to his feet on his own power.

Tunney was dominating rounds 1 through 6 by points. Although round 6 is disputed by some who say Dempsey had the lead. Then came the fateful 7th round. Dempsey had Tunney against the ropes and pummeled him with a barrage of lefts and rights sending Tunney to the floor. This was the first time in his career that Tunney was knocked down.

Dempsey either forgot or ignored the new rule and did not retreat to a neutral corner, instead he stood over Tunney waiting for him to get up as he always did with his opponents. Referee Dave Barry directed Dempsey to a neutral corner but by the time Dempsey complied 5 seconds had elapsed on the clock. Tunney with one hand on the rope rose to his feet at the official count of nine; the unofficial count was actually 14 seconds giving Tunney five precious seconds to recover.

Tunney dominated the final two rounds and won by a unanimous decision.

Of course there are those in the Dempsey camp who said Dempsey would have won had it not been for the extra 5 seconds of recovery time for Tunney.

Not a boxing fan, but this was still interesting, as ig showed that Dempsey may well have been the author of his own undoing by requesting the special rule. Must have given him some pause

They're compact, lightweight and affordable. They will easily fit in a handb... 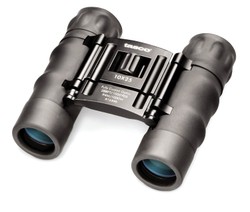 They're compact, lightweight and affordable. They will easily fit in a handbag or backpack and are comfortable to wear around your neck when walking or hiking.
Loading ...
Error!