The Macchiaioli Art and Artists

Discover the wonderful world of the Italian Macchiaioli painters.

You are likely familiar with the work of French artists such as Monet, Renoir, Cassatt, and Degas, but are you aware of the paintings done by the Italian artists Banti, Lega, Abbati, or Fattori? Before the French Impressionists made a dreamy splash on their canvases, the Italian Macchiaioli painters were capturing captivating idyllic scenes of their country and its people.

Macchiaioli: Not a Pasta Dish

I was looking at some artwork the other day and realized I'd forgotten a lot of art history - probably because I had a class in art history about 100 years ago in college. I love looking at art, and if I brush up on my history I will sound quasi-erudite while walking through art galleries, which is not something I frequently do but, whatever.

So, I'm going to refresh my art memory by sharing information, starting with an art movement that is not as well known, as say, the impressionistic one. Those Impressionists get all the hype!

Even if you don't care about what painting goes with what art movement, Macchiaioli works are still interesting to look at. Unlike my old art history book that was fatter than a dictionary and used 8 pt type - I'm sticking with bite-sized bits of information about the art world you don't need reading glasses to see.

About the Portrait Above

Even a picture about pictures is worth a thousand words, so this tour starts with the Portrait of Signora Martelli. What to notice:

These traits exemplify the Macchiaioli philosophy and style used by i Macchiaioli, who were a small band of painters in mid-19th century Tuscany.

Home of i Macchiaioli

The Macchiaioli, descendants of the Renaissance era and just ahead of the Impressionists, came together in the 1840s, over coffee. At that time there was a movement in Italy called the Risorgimento (perhaps related to the pimento). The Risorgimento was a push to unite the entire Italian peninsula under one government. Macchiaioli paintings were a reflection of this desire for unification.

Slowly, some states in the Italian peninsula ousted their foreign leaders and the Risorgimento became a sprout rather than just a seed idea. However, when Italy finally was unified, the idealism of the Risorgimento was not met.

One group of discontents, who hung out at Caffe Michelangilo in Florence, took their frustrations into the countryside, creating a painting style illustrating simple daily life and the Italian landscape.
The Macchiaioli created the united Italy they had hoped for through their art.

How Much Do You Know/Remember About Art History?

Why Are They Called i Macchiaioli?

The name of the Macchiaioli refers to "spots" of color. Historically, some painters did not draw their subject on a canvas first. (yikes) Instead, they lined up "spots" of color and contrast (light and shade) on the canvas.

Using a "macchia" (spot or stain) technique in combination with bold strokes, Macchiaioli artists attempted to capture their spontanious emotional reactions to their subjects. They often painted outside to study and capture subtle tones and shades of light.

Interesting sidenote: the word macchia can also refer to "outlaws" or "renegades."

Promenade in a Garden

Most of the Macchiaioli painters died penniless, unappreciated in their own time (the bane of artists throughout history). During the first half of the 20th century, they started to get recognition for their work, and The Macchiaioli found their rightful place in the Italian art timeline.

Still, Macchiaioli is not a household name, but it's their own fault. They should have gone with the Macchia, or Macoli, or macChia - something snappy that people aren't afraid to pronounce.

Places Where You Can See a Macchiaioli Painting

Only the 1st one listed is in English

Are the Macchiaioli as noteworthy as the Impressionists?

Yes, their paintings are just as beautiful and moving as the Impressionists

I was not aware of this group of artists, but I love their use of light. If, as you say, they were "just ahead of the Impressionists," they must have influenced them, no? The spots of color are reminiscent of the Impressionists' use of color. What was the relationship between these two groups, and between this group and the pointillists?Now I'm heading to Wikipedia. See what you've started?

Any cheers or boos for the Macchiaioli art movement?

Informative article about a less known school of art. Great painting too!

I love the paintings you've depicted here and am eager to learn more about this school of art. Thanks for introducing me to them! 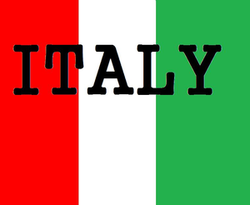 The Art of the Macchia and the Risorgimento: Representing Cult...
100%  9   6 KathleenDuffy
Famous Painters