The Vaquita Porpoise lives in just one place on earth, and there are fewer than 200 of these critically endangered marine mammals there.

What makes this porpoise species so special? They're special because they are so rare. They are, in fact, the world's most endangered marine mammal. People rarely see porpoises, since they, unlike dolphins, are not inclined to 'socialize' with humans.

An additional reason that the Vaquita Porpoise is rarely seen is that it lives in just one spot on earth, and there are very few of them there. Indeed, scientists estimate the total population of this species is around 200. Yes, just two hundred - maybe even fewer!

Is the World's Rarest, Most Endangered Marine Mammal

The Vaquita is actually a porpoise, rather than a dolphin, and is the world's most endangered sea mammal. Yes, they are mammals, as they breathe air and give birth to live young.

As far as we know, they live in only one place on earth - in the warm waters of the northern Sea of Cortez, which is also known as the Gulf of California. The species was only discovered in 1958.  Unlike dolphins, to whom they are related, they flee from, rather than approach boats, so they are harder to study, and there is still much to be learned about them.

Scientists think there are at most perhaps 200 of them in the wild.

Vaquitas are smaller than other porpoise species.  Fully grown, they measure around five feet long, and weigh only about 120 pounds.  They don't seem to travel in the familiar pods, like dolphins.  They've only been observed swimming alone, or with one or two other individuals.

To learn more about how you can adopt one of these rare marine mammals, or donate to the World Wildlife Fund, visit the WWF's pages about the Vaquita.

There Are Seven Porpoise Species

Only One is Critically Endangered 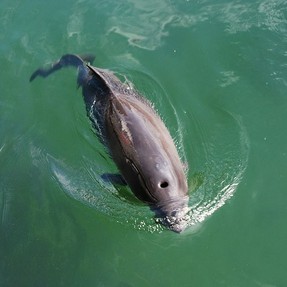 he seven species of porpoises, five have fins on their backs, and two do not.

Those with dorsal fins include the Vaquita, Harbor, Spectacled, Dall's, and Burmeister's Porpoises.

Of the seven species, three have been assigned a Conservation Status.

Those porpoises with a conservation status:

CRITICALLY ENDANGERED - Probably less than 200 left alive, making it the most endangered marine mammal on the planet.

Not Endangered, but a number of threats to the current population are recognized. Listed as "LC," for Least Concern, the lowest rung on the 'concern' ladder. 1.2 million are remaining.

Also listed as LC, estimates are that there are about 700,000 in the wild.

The Story of a Baby Vaquito

Who Humans Tried to Save

Here's touching rare footage of a live baby Vaquito, who was separated from his mother. Humans tried to save him, and in this video, the story is told from the baby's point of view.

It highlights the grave danger in which the species finds itself, and points out the main threat, as well as what is being done to help the porpoises survive.

It's in Spanish, with English subtitles, and reminds me of the old phrase, "Out of the mouths of babes..."

Help Save the Vaquita!

Do you know the difference?

It seems that some people are confused about the difference between dolphins and porpoises.  A few even seen to think the the two terms both refer to a bunch of 'big fish.' They don't.  There are major differences between the two.

They do have quite a bit in common, though.  Here are some of them:

Below are some basic points to help you remember the differences. 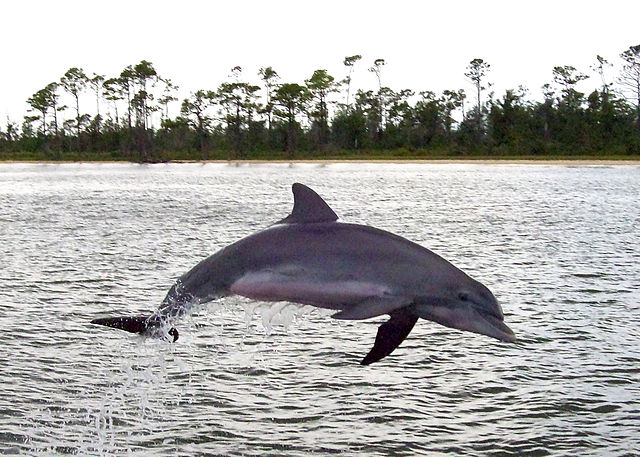 If You Enjoy Stories about Marine Life

Sea Horses: Fish of a Different Color
Learn a little bit about seahorses, as well as why a Seahorse theme is perfect for the bath, no matter what your favorite home decor color is. Why you should never use real ones.

I Love Dolphins, But NOT for Dinner
Bring some dolphins into your kitchen, not to cook but to enhance your decor. Learn why the mahi-mahi replaced 'dolphin' on many restaurant menus.
Updated: 06/07/2016, CruiseReady
Thank you! Would you like to post a comment now?
4

Did you already know about the Vaquita Porpoise?

CruiseReady, Is the Vaquita porpoise like the olinguito in that the species' existence comes as a surprise? What seems to be the suspected future of Vaquitas, whose numbers now seem to be in the two, not three, digits according to online sources?

I think that may be because we actually see a lot more of them They seem to relate really well to humans.

You're so right. We hear much more about dolphins than we do about porpoises. Very nice article.

Bring some dolphins into your kitchen, not to cook but to enhance your decor....

Rock pools are amongst the most fascinating ecosystems in nature. Exploring ... 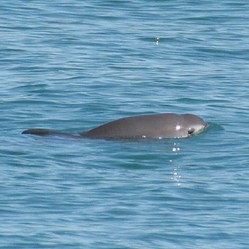 Bring some dolphins into your kitchen, not to cook but to enhance your decor. Learn why the mahi-mahi replaced 'dolphin' on many restaurant menus.
81%  23   6 KathleenDuffy
Other Marine Mammals

Rock pools are amongst the most fascinating ecosystems in nature. Exploring them reveals the beauty and fragility of these miniature worlds.
Loading ...
Error!