The Skinny on Comfortis -- Flea Control Pills for Dogs

If you're struggling with a pets flea or tick infestation, you want relief right away. However, there's a variety of products on the market and it's hard to know which one to get.

When you're struggling with a flea or tick infestation with one of your animals, you want relief right away. However, there are so many different flea prevention products on the market that it's hard to know which product to get. Are they really all that different? Will they all be just as effective? During this article, we'll take a look at one flea control medication in particular. Comfortis is a beef-flavored, chewable tablet designed to kill and prevent fleas in dogs. Here are all the details you need to know about this particular flea medication.

The active ingredient in Comfortis is spinosad. Spinosad is a chemical insecticide derived from a naturally occurring bacterium called Saccharopolyspora spinosa. This particular bacterium is a rare type of soil bacteria that was discovered in 1982 in a soil sample collected by a scientist vacationing in the Caribbean. As scientists studied the newly discovered organism, they found that it could be modified into spinosad to kill insects.

In insects, ingested spinosad impacts the nervous system, causing rapid excitation. Within one to two days, the insect dies. Studies so far indicate a 100% mortality rate.

Not only is spinosad perfect for the fleas who would attack dogs and humans, it's also being used against fruit flies

, caterpillars, spider mites, fire ants, and leaf beetles. It has no effect on many insects considered to be beneficial, such as ladybugs, predatory mites, and pirate bugs. Currently, it's being tested as a way to control mosquitoes in West Africa and Israel.

Spinosad in Your Dog

Developed as Comfortis by the pet med company Elanco for flea control in dogs, one tablet per month is enough to keep the fleas away. The product is not recommended for cats, nor is it recommended for puppies under fourteen weeks of age. Especially effective in flea control, some vets are reporting that owners see dead fleas within a half an hour of taking the medication, with all the fleas dying within a matter of a few hours. Vets find the product to be so beneficial that some are choosing to stop offering other flea control methods and only offer Comfortis.

Vets aren't the only ones who feel that the active ingredient of spinosad is particularly effective. Owner reviews from around the web extol the virtues of this particular medication. Here is a sample of a few of the more positive reviews that we found:

Generally, the only complaint pet owners had about the product was that their dog didn't want to eat the pill. Owners remedied this problem by crushing the pill into something the dog would eat, such as chicken, cheese, or beef.

So far, very few side effects have been noted for spinosad. The worst side effects reported so far has been vomiting for some dogs. Prolonged vomiting or sickness has not been reported.

Comfortis is more expensive than most other flea control products. The majority of people who try the product with their flea-infested dogs, though, report that the higher price is worth every penny. After all, it is ultimately more expensive to pay over and over again for a product that is not very effective than it is to pay one time for a product that works immediately.

Keep Your Pet Safe from Fleas

Get Book Smart on Flea and Tick Prevention 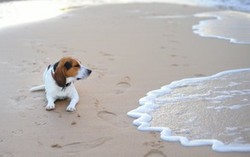 Ecology and conservation issues associated with the Rusty Blackbird, Euphagus carolinus: how and why this bird is declining, and how we can help it
100%  6   21 DerdriuMarriner
Possums 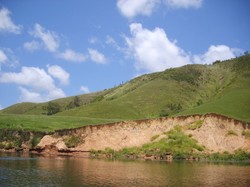 Ghosts abhor the ground. They appear and disappear like grey floaters. The same can be said of Daintree River ringtail possums.
Loading ...
Error!