The History of St Patrick Pt 3

The third part of the story brings us back to Ireland again. This time Patricius came, not in chains, but of his own free will and volition. He was on a mission from God.

In 432, Patricius returned to Ireland. The first time, he had been a terrified, enslaved teenager; and spent six years dodging death. But now he was Bishop Padraig, better known to us as St Patrick.

Having made an audacious escape, he'd spent years learning the priesthood in a French monastery. Most of his Roman contemporaries thought he was insane to step outside the Empire. The Irish were barbarians, subhuman, unworthy of baptism.

The Mission of St Patrick 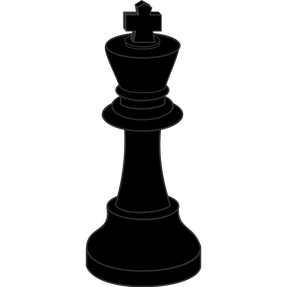 From the monks and all his fellow Christian brethren back in France, Patrick knew what to do.  All missionaries of the time did the same.  It was tried, tested and known to work.

They didn't bother with the common folk, as Jesus Christ himself had done.  Missions were much more effective if a high born noble, or even a monarch, could be converted.

With just that one turning of faith, a whole household would be forced to follow suit.  Family members, councilors currying favor, banner men, courtiers, soldiers and slaves.  They would all become Christian, if their leader did first.

By the time their children had been born and raised in the religion, all would have forgotten that it was originally about politics.

This Patrick knew.  It was how his own Romano-British family had been converted a couple of generations ago.  French missionaries had not visited the local Celtic roundhouses, they'd made for the Roman style villas, where the wealthy lived.  Where the trend-setters, employers and valued customers lived.  One such conversion caused a ripple effect for miles.

This Patrick did.  As soon as he set foot on Irish soil, he made for the nearest Rí stronghold.  The Irish clan chiefs and petty kings were ten a penny in the 5th century, but each was powerful in his own domain.

Moreover he knew how to talk with them.  His own background, like that of every other high-ranking Christian in his world, was from the same high-born classes.  He knew how they thought and what concerned them.  He spoke on their level, in words that he was taught in seminary classes.  He made conversions.

But that wasn't all Patrick did.  His teachers had taught him with the Roman Empire in mind.  He was amongst the Irish; and six years as a slave there had also taught him all about them.

Irish Spirituality and the Ancient Religion of Ireland

Every hedgerow had an attendant nature spirit. The great pantheon of Ireland watched over all. Patrick stood before them with HIS God. 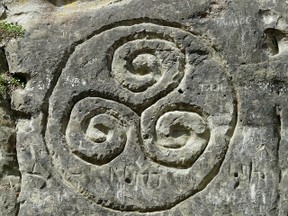 To understood how St Patrick converted the Irish to Christianity, you first must understand the times in which he worked.  More to the point, how spirituality already existed in Ireland.

Patrick came with a message of one God to rule them all.  The Irish had a pantheon of Gods and Goddesses.  In addition, there was also the sanctity inherent in the landscape itself.  Local deities of rocks, mountains, meadows and trees.  Household spirits; ancestor worship; the holiness in lakes, groves and the ocean.

For the Irish (and indeed all Celts), there was a magic to the Earth, the sky and the ocean.  Each aspect of human life had its own divine intermediary.  Call on Morrighan for the battlefield and Macha for the child bed.  Call on Shannon for the river named for her; and Erin for the whole of Ireland.  Call upon Lugh to bring the light.

When Tagdh the Bard looked for poetic inspiration, he called upon Nuada.  When the fishermen cast out in the morning on their boats, they whispered a quick prayer to Lir or Manannan.  When the farmer prepared his seeds for planting, then he'd look to his wife to make the necessary arrangements with the Goddess Brighid.

It was a rich and vibrant spiritual world, filled with home-grown deities; and it's not easy to ask people to switch allegiance from that to an unknown, untried, single deity from the Middle East.  So Patrick didn't.  He was much more clever than that.

Guides to the Ancient Lore of Ireland and Irish Paganism

St Patrick's Catholic mission took place amongst people with a religion of their own. Learn more about 5th century Paganism in Ireland. 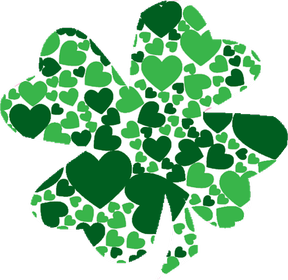 The best way to convert a people to your own point of view is never to dismiss their own.  It's to reinterpret it.  The facts remain the same, but the conclusions shift into something entirely different.

St Patrick never once denied the Irish Gods and Goddesses.  But he said that his Christian God was bigger and above them all.

It was a very Roman way of doing things.  Caesar had allowed all his conquered people to keep their leaders and deities, as long as they placed him at the top of the hierarchy.  He'd made himself a God, just so he could receive his spiritual as well as Earthly due.  Patrick merely borrowed the tactic, as Christian missionaries were wont to do elsewhere.

All of the Irish deities still existed, but here's the big secret:  they were just aspects of one God.  Manannan was just the name that God used, when He watched over the ocean.  Diancecht was the name He used when He was a physician.  It was all smoke and mirrors, but the Irish people had proved themselves worthy of The Truth.

These were Celts!  They were used to the concept of the Three-in-One.  They could easily imagine one divine force with separate faces.  St Patrick's trick was to merge more and more until they saw that being as just one God.  Just leaves on the same shamrock stalk.

If the deity in question proved too big to shift, then St Patrick declared that He or She was actually a saint.  The great example here is the Goddess Brighid, who suddenly transformed into St Brigit.  Same area of divine influence, same expertise, same prayers, but now with a Christian twist.

Then there were all those features on the landscape, which Patrick claimed for his own.  If there was a particularly holy rock, dedicated to a powerful local deity, he held a mass on it.  It became St Patrick's Rock.  If there was a local shrine, he founded a chapel covering it.

Little by little, mile by mile, conversation by conversation, he brought all of Ireland into the Christian fold.  It was a very Irish kind of Christianity, which would have been looked at with some askance over in Rome.  But the Romans were already looking at this mission as something bizarre, so where was the harm there?

Patrick was so successful in his strategy that his tactics were later appropriated in other 'barbarian' missions.

St Patrick used three leaved shamrock (clover) to explain the Trinity, but it also worked well for how the Irish deities were all the Christian God.

How Did St Patrick Convert the Irish to Christianity?

Ireland became Christian because of St Patrick's passion, energy and sheer force of personality. It felt like the right thing to do. 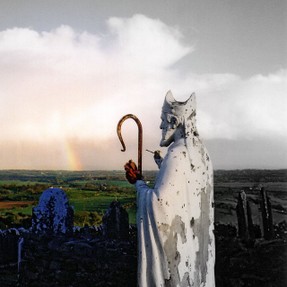 The strategy was all there.  St Patrick headed first for the nobility, and he had an explanation and/or secret about the existing Irish pantheon and nature spirits.  All good.

But conversion is a two way street.  St Patrick could evangelize all he liked, but it wouldn't get him very far, if the Irish laughed in his face.

Imagine today me turning up and declaring that YOUR holy site now belongs to my deity.  What would you do?

Nothing much changes over the years.  The 5th century Irish were just like you and me.  The same mumbles, grumbles, protests and downright riots would have ensued (and probably did), but for one major factor.  Patrick himself.

For a start, he was relentless.  Nothing changed overnight.  He devoted the rest of his life to being the apostle of the Irish.  He found converts one by one, home by home, settlement by settlement, stronghold by stronghold, until whole areas had people baptized.  Then he instructed those who would stay behind to maintain the faith and find more converts in that region.

He pointed out what was in the interests of each.  Why should a king convert?  Because the alternative was following the Druids.  The druidic faith held a monarch synonymous with their land.  Too many failed crops could technically lead to a blood sacrifice.  The Christian faith held God responsible for the land, with a monarch as his anointed, chosen leader.  It granted much more power without accountability.

Why should a slave convert?  Because God had reached down for Patrick when he was a slave.  He had helped Patrick escape and now look at him.  Moreover, Patrick was teaching an anti-slavery message alongside the Gospel.  Those clan leaders who converted freed their slaves.

People converted because they wanted to.  It's the only way that anyone does anything on a deep soul level; and Christianity was presented as just that.

Still, not everyone was a fan and not everyone took Patrick's Mission as a wonderful and benevolent thing.   Part four of his story will linger upon that.

More on the Story of St Patrick

The History of St Patrick Pt 1
Who was St Patrick? Pampered Roman child; shivering, starving slave; learned priest; precociously young bishop; missionary; all of the above.

The History of St Patrick Pt 2
St Patrick is possibly the world's most famous patron saint. On March 17th, people all over the world will celebrate St Patrick's Day. But do you know his story?

The History of St Patrick Pt 4
In the final part of St Patrick's story, he takes on those who would really like him to shut up; and takes a stand against slavery.
Updated: 03/10/2014, JoHarrington
Thank you! Would you like to post a comment now?
10

Then my work here is done.

looking forward to the next one :)

Glad to have entertained you. :)

I love these pages, Jo. Off to read the fourth installment now. :)

Yay! Thanks for reading it. :)

Some absolutely great points. Loved it!

Thank you very much. He's an interesting man to write about!

All of these Wizzes have been really interesting, Jo. You have a great knack for bringing it all to life!

It became a blueprint for future missionaries too. Clever man, St Patrick!

Fascinating. Interesting to read his tactics for conversion.

The History of St Patrick Pt 2

St Patrick is possibly the world's most famous patron saint. On March 17th, ... 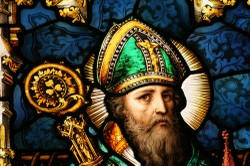 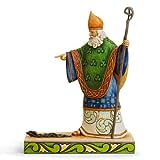 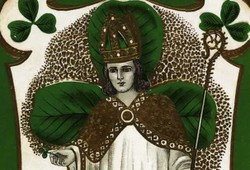 The History of St Patrick Pt 2

St Patrick is possibly the world's most famous patron saint. On March 17th, people all over the world will celebrate St Patrick's Day. But do you know his story?
Loading ...
Error!