Every once in a while you see a movie that you feel you shouldn’t get too excited about, because it’s not great filmmaking, and yet you like it a lot . . .

It happened to me with The Switch (2010), starring Jennifer Aniston, Jason Bateman, and a very good child actor, which stole the show, called Thomas Robinson.

I won’t spoil the film if I share its storyline, because the film is nothing if not predictable. The acting, however, is much better than expected in a romantic comedy.

Kassie (Jennifer Aniston) and Wally (Jason Bateman) are best friends. As it often happens in romantic comedies, the two don’t see that their friendship is turning into something more like love. In the meantime, Kassie decides to have a child and goes for artificial insemination. Enter Roland (Patrick Wilson), an assistant professor at Columbia, married to a beautiful woman. Roland is the sperm donor. He happens to need some extra money. (This is a bit far-fetched, because, well, he is a professor at Columbia after all, and we also learn later that he has a cabin in the woods and likes to lead an adventurous life, a lifestyle which, of course, requires some money.)

In any event, he does what’s expected of him. At a party Kassie’s best girl friend throws for her. Kassie gets pregnant and moves to New Jersey. Ah, initially we were in New York City. Fast-forward seven years later. Kassie moves back to NYC and brings a quirky kid with her, who likes to spend time on WebMD, believes he has various illnesses, knows more about medical stuff than his own mother, and is regarded by the guy who thinks he’s his father as neurotic. The kid, Sebastian in the movie, played by Thomas Robinson, is one kid to remember.

The scenes in the movie where Wally spends time with Sebastian are truly endearing, even if you’re hardened against the ploy of using a cute kid to pull at your heart strings. These scenes with Wally and Sebastian are truly beautiful and are the ones that make this movie. Think of About a Boy or Kramer vs. Kramer. These are somewhere up there.

Another Nice Kid Actor (And a very enjoyable movie): About a Boy (On-Demand Video)

Back to the story. As it happens in romantic comedies, the woman gets tired of waiting for her best friend to declare his love and believes she can love someone else. Roland, on the rebound from his marriage, is quite smitten with Kassie and thinks he’s in love with her.

And that’s when Wally (Jason Bateman, who does a great job) tries to tell Kassie something. Not only that he loves her . . . but also that he’s the kid’s father. You see, he got very drunk at the party, and, in a manner which I found funny, managed to spill Roland’s sperm into the sink, proceeding, afterwards, to replace it with his own.

So not much in the way of the story, but a very enjoyable movie, with, well, I’ll say it again, memorable acting from the young Thomas Robinson. And Jason Bateman's acting is pretty spot-on, too. I know I’ve seen him before, but now I know he can act.

A film with more substance, with a more intricate story and superb acting, is Kolya.In this movie that won the Academy Award for Best Foreign Language Film in 1996, Zdenek Sverák, acting the part of an older cellist in former Czechoslovakia, gets to take care of a little boy called Kolya (played by Andrei Chalimon).

You will have fun with The Switch but will soon forget it. Kolya, on the other hand, will stay with you. It's such a lovely movie, and yet not shallow at all. Getting the two together in a film is rather hard.

This movie gets 10/10. Apparently the writing is even funnier in Czech, but the film draws many laughs not only from the language, but also from the situations, facial expressions, and general great acting.

Mira, Glassmakers and settlers historically coordinated efforts so that farmers and townspeople moved in -- instead of clear-cutting lands in addition to those already being worked by craftspeople -- once glassmakers had exhausted (not clear-cut) the land of trees needed for their craft. Oftentimes, I feel like that's the reason why the Czech Republic has such a recognizable light when movies are filmed there, especially in less urban areas and particularly in forest and woodland edges.

Jason Bateman is a very gifted comedic actor, and not only that: I saw him in The Gift recently and he pulled off a dramatic part with ease. I look forward to seeing him in more varied films. As for Kolya and woodland scenes: yes, I love seeing that too, in European films or American period films. But I'm not sure I understand what you're saying about glassmaking.

Mira, My reactions precisely to both "Kolya" and "The Switch." That kitchen scene is hilarious, as only Jason Bateman can do. Also, I always love Czech Republic-filmed movies since woodland scenes make me think of the traditionally eco-friendly progression -- in cooperation with villagers then moving in to farm instead of cutting down more trees -- of glass-making there.

I have recently seen Jason Bateman in The Change-Up. I didn't have time to watch the whole movie, but it was just as fun as the first time. I really enjoyed watching the beginning. I'm also looking forward to Horrible Bosses 2. You're right, they're great comedic actors, both of them! We'll see both of them again . . . and again in Horrible Bosses 2 :-) It's so clear that casting directors do hold on to a great pair of actors when they find one :-)

Hi Katie, thanks for stopping by :-). Hope your work pays off or will pay off according to the time and energy you're putting in, and that you'll reap more and more passive income from sources like Wizzley!

I haven't seen the switch, it's been a very busy couple of years for me. I plan on slowing down and taking in a lot of good movies as the weather cools down and winter sets in. Thanks for the great movie reviews. :)K 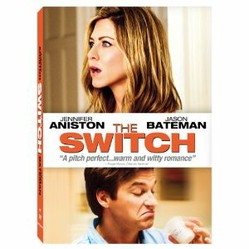 Make a statement with inspirational jewelry with quotes, or gift it to someone dear or who needs encouragement in difficult times.
100%  15   16 Mira
Precious Metals