The Water Diviner is an historical fictional war drama film by debut director Russell Crowe about Gallipoli’s battle casualties and traumas from 1915 on.

The historical fictional war drama film The Water Diviner by debut director Russell Crowe acquaints viewers with the Battle of Gallipoli’s casualties and traumas from the campaign’s dates of April 25, 1915 to January 6, 1916. It begins on August 7th during the Battle of Lone Pine, in honor of the only Turkish pine (Pinus brutia) not felled to cover Turkish trenches, from August 6th to 10th on Turkey’s European peninsula. It continues, with World War I’s (July 28, 1914 – November 11, 1918) end, to southeast Australia’s northwest Victoria.

Joshua Connor's three sons' favorite story in The Arabian Nights is "Prince Ahmad and the Fairy Peri Banu," about three sons of the Sultan of the Indies, each with magical aid: Ahmad's magical tent, Ali's magical telescope, Hussain's magical carpet.

Joshua endures the heartbreaks of Eliza’s accidental or purposeful drowning and Father McIntyre’s (Damon Herriman) officiation on consecrated ground in exchange for the family cart. He finds himself three months later in:

Joshua therefore heads to Çanakkale, from which fishers regularly cross the straits without permits.

The Connors have been reported missing in action as members of ANZAC (Australian and New Zealand Army Corps) during the Entente Powers' military campaign on the Gallipoli Peninsula (Gelibolu Yarımadası), East Thrace (European Turkey), southeastern Europe.

Joshua knows that favorable and unfavorable outcomes respectively can be predicted from:

Joshua lets nothing pass despite:

Prisoners captured during Gallipoli campaign were held in buildings at foot of rock.

The plot manipulates personal and political conflicts despite critical conversations and pivotal observations in Greek and Turkish, nevertheless conveniently subtitled into English translations. It needs no foreknowledge of Eurasian history since actions and dialogues make events culturally enriching, educationally entertaining, and geo-historically enthralling. It offers such elegant touches as:

Joshua Connor's three sons' favorite story in The Arabian Nights is "Prince Ahmed and the Fairy Peri Banu," about three sons of the Sultan of the Indies, each with magical aid: Ahmad's magical tent, Ali's magical telescope, Hussain's magical carpet.
illustration of Prince Ahmed's first sight of Fairy Periebanou by Willy Pogany (August 24, 1882-July 30, 1955); Frances Jenkins Olcott, More Tales From the Arabian Nights (1915)
"The Story of Prince Ahmed: The Fairy Palace," opposite page 222: Not in copyright, via Internet Archive @ https://archive.org/details/moretalesfromara00lane/page/n256/mode/1up

Shot on location in Turkey and in Australian Outback, Russell Crowe's directorial debut is film adaptation of novel inspired by sentence in letter: "One old chap managed to get here from Australia today, searching for his son’s grave.”

Mira, Yes, the Blue Mosque certainly is amazing (as is so much of the old architecture of Turkey and Iran). Russell Crowe is as conscientious and dramatic as a director as he is as an actor and singer. This is a film which I'll be moving on and off my DVD shelves a couple of times yearly, along with my other favorite Russell Crowe movies.

The Blue Mosque is pretty amazing. I haven't looked at it in a while.
I'd be curious to watch Russell Crowe's debut as director. Thanks for the review!

Native only in the area of Sydney, wild Gymea lilies reach heights of 16 feet... 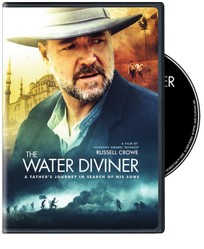 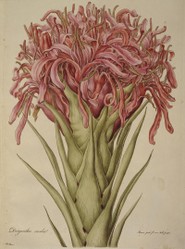 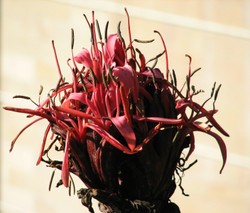