The Woman in Black: Angels of Death

Hammer Films have commissioned Susan Hill to write the next installment of their block-buster The Woman in Black movie.

It was kind of inevitable that, after producing the biggest selling British movie of the past twenty years, you would want to follow suit with a sequel.

Hammer Films are doing just that. The studio has commissioned author Susan Hill to write a story set forty years after the events of The Woman in Black.

However they are keen to call it the 'next installment' rather than simply a sequel. This is patently the beginning of a whole movie franchise.

All that is known so far is that the plot will follow a young couple moving into Eel Marsh House. Presumably no-one warned them that one of the previous occupants hadn't yet vacated the premises.

The Woman in Black II is Unlikely to Star Daniel Radcliffe

Unless there are flashbacks involved, the time scale of the storyline suggests that Daniel Radcliffe will not be back to reprise his role as Arthur Kipps.

His character would be in his 60s or 70s by the time that the next installment picks up the story of The Woman in Black. Though Radcliffe was famously aged with make-up for the Harry Potter finale, that was only one scene. It would be difficult to maintain the realism of such a young actor playing an older man throughout an entire film.

Also neither Hammer Films nor Susan Hill have mentioned Arthur Kipps in relation to the sequel. It will have to stand or fall on merits other than Radcliffe's considerable pulling power.

Read Wizzley reviews of The Woman in Black

The Woman in Black DVD

A Fan's Reaction to The Woman in Black: Angels of Death

Will this be a mixed blessing or a curse? I want it to be marvellous! 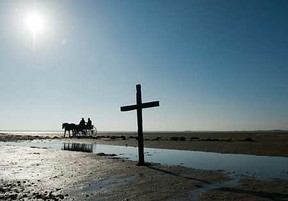 This is not an adaptation of an existing Susan Hill story, so even diehard fans are going to find something new.

As someone who counts herself amongst their number, I have mixed feelings about the announcement of The Woman in Black sequel.

On the one hand, I'm thrilled to bits that Susan is going to be writing a) in this genre and b) in this specific location again. I read that classic ghost story long before anyone had even made a stage-play of it, let alone either of the films.

The fact that she will have grown as an author in the interim makes this whole prospect even more delicious to contemplate. I want her to hurry up and get it published already!

On the other hand, I'm very dubious about the wisdom of turning this story into a franchise. Sometimes less is more and that is the very technique used to render The Woman in Black such a chilling read.

The visual nature of the movie screen means that the shocks and horror had to be pumped up a gear, so it was already bordering upon going too far. Sequels have to go further still. I'm worried that the light touch will be lost; and with it the whole story.

Of course, I, along with everyone else, will have to reserve judgment until we've seen it.

Buy this story to immerse yourself in one of the classic ghost stories of all time.

Latest News about The Woman in Black: Angels of Death

I'm more confident about it knowing that Susan Hill is on board, but I'm in a real wait and see mode for this one.

This could be good if Susan Hill is behind it, otherwise it'll be rubbish.

I'll admit that's an avenue which I hadn't considered. That people who were put off by Daniel Radcliffe's casting might be attracted to the sequel.

I have to defend the lad though. He was very good in the first film.

Oh, and I haven't even watched the first part. :)
Shame on me. I promiced I will, and I will. Maybe even tonight! :)
But I must say the version without Daniel R. is more promising.

The Woman in Black Movie is a gothic horror movie starring Daniel Radcliffe. ... 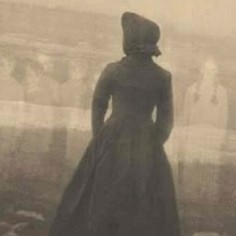 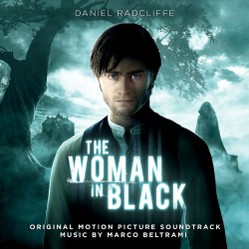 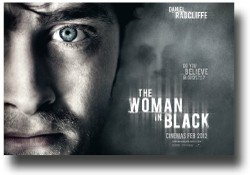 The Woman in Black Movie is a gothic horror movie starring Daniel Radcliffe. It's based on a book by Susan Hill.
Loading ...
Error!