Arguably Germany is the center of Europe. Making Berlin the capital city a must see for all visitors to Europe.

Don’t worry. We didn’t mention the ‘wall’ or ‘checkpoint charlie’. We have far better reasons for you to go to the German ‘Hauptstadt’.

Berlin is a European center of art and culture, with a clear influences from the West and East. I however found there to be a distinctly German flavour to everyone and everything.

1. Döner kebabs are cheap and tasty

If you have never experienced a doner kebab at 4am after a night of drinking and dancing, you are missing out on one of the greatest late night pleasures known to man. Doner is the staple street food of Berlin created and more prevalent than ‘currywurst’.  Created by Turkish immigrants in the 50′s, it consists of a pile of shaved meat (we are pretty sure it’s mystery meat), stuffed into toasted bread, topped with a simple salad and covered with your choice of garlic, spicy or yoghurt sauce. Very similar to a gyro- but better. For around 2 euros, a doner kebab is cheap, filling and will damn near save you from starvation!

2. Berlin is a city of young artists, musicians, writers, etc…….. which means, no one has a real job

There are perks to visiting the city whose mayor once called it ‘poor, but sexy’. The Berlin unemployment rate is so high that there is virtually no traffic at  5 o’clock. That means, that the thousands of cafes in Berlin are packed full of young people drinking beer and coffee all damn day long.  On a recent trip to Berlin, I counted the number of people in a suit. During the entire week, I saw one. This is definitely not Frankfurt.

So Germans may not be the warmest people on earth. But you might find it refreshing to be able to go into any store and not have a sales associates ask you bogus questions like ‘can I help you look for anything’ or ‘how are you’ a thousand times a day. I mean, do total strangers really care how you are doing?!

4. The train system works on an honor system and is accessible all over the city

The are no turnstiles in Berlin. You only buy a ticket just in case a ticket controller asks to see one. However, in actuality, this is a relatively rare occurrence. We don’t, by any means, advocate breaking the law anywhere you go, but it is nice to know, that in Berlin, if you, let’s say, forget to buy a train ticket, the chances of you getting caught and fined are very, very slim. Not to mention, the entire city is accessible by train or bus.

5. It is the ultimate ‘whoever you want to be or think you are’ destination

In Berlin, you can be your alter ego. Think of Berlin as an urban, everyday ‘burning man festival’. Well, maybe not that extreme, but is a city far from mainstream. Berlin is completely counter culture. People dress how they want, listen to the music they like and do what they feel. From vampire bars to sex clubs and everything in between, you can experience whatever you want- without judgement.

6. Shopping outside the box

Berlin is a great place to shop. While you have your usual high end stores and large retail centers, Berlin also has great boutique stores with unique apparel, art and other goods designed by local artists. Check out the ultra hipster neighborhoods of Prenzlauer Berg or Kreuzberg.

7. It is super multi-cultural

Berlin has nearly 3.5 million inhabitants with nearly 500,000 people holding foreign passports. All in all, almost 30% of Berlin residents are of migrant origin. Berlin is jokingly thought to have the largest Turkish population after Istanbul. It also has large communities of Middle Easterners, Eastern Europeans, East Asians and sub-saharan Africans. The most common foreign languages in Berlin are Turkish, Russian, Arabic, Polish, Kurdish, Vietnamese, English, Serbian, Croatian, Greek and other Asian languages. Check the Carnival of Cultures (Karneval der Kulturen) in Spring. Its a parade and festival that shows off Berlin’s international culture.

If you like street art or just find it cool to look at the work of people who defile buildings in their spare time, then Berlin is the place to be. Graffiti is a much a part of Berlin culture as the techno music. Even the Berlin Wall is now a canvas for street artists to display their work. I’m pretty sure you can’t just whip out a can and start spraying up at Potsdamer Platz, there are tours available that will allow you to let your inner tagger shine. Check out Alternative Berlin.

9. You can drink a beer on the street, train, while walking, pretty much anywhere you can lift a bottle to your mouth

While it may not be exactly “proper” to get trashed in the daytime while walking down the street, there are no laws that say you can’t in Germany. And let’s be honest, sightseeing with a beer in hand makes walking tours a little more interesting.

I like the German architecture a good example is the Reichstag building. I recommend going on the free tour they have. 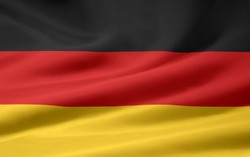 Berlin: Portrait of a City Through the Centuries
73%  2   4 Sam
Germany

No matter if you travel to Germany for fun or for work, knowing when the different public German Bank Holidays are will help you to avoid closed shops and find out about some ...
45%  5   4 mivvy
Germany