In this article I will look at the best new game consoles of 2014, to help you find a suitable platform for your gaming needs.

Firstly let's talk about the handheld consoles. The 2 contenders for best handheld console are the PS Vita and Nintendo 3DS. The PS Vita is the more powerful platform, for people that like a lot of action in their games. The 3DS is an affordable platform for people that like smaller fun games, maybe puzzle type games. If you scroll down I have included video reviews for these handhelds.

If you look at the top game consoles over the last 2 years, the changes have been more evolutionary and less revolutionary. There are of course a lot of speculation as to what the future holds. However, until the companies involved announce a new generation of consoles, you can't go by rumors.

The Nintendo Wii is a fairly popular platform. It is cheaper and less powerful than the XBox 360 and Playstation 3. The Wii is a fun console for families. When I use the Wii I do find myself wishing for the extra graphic abilities of the more powerful consoles.

Price
Now with the economy being what it is today, we must take into account how much something costs. For the upgraded version, the PS3 costs around $500 and the Xbox 360 will run you about $400, a difference of $100. Now this seems like a big difference, but when we take into account that the PS3 has a built in Blu-Ray player and that PSN (The Sony service that connects you to multiplayer games online) is free compared to Xbox Live, which costs an annual subscription fee of around $50, the PS3 is cheaper.

Based on this I'm going to give the PS3 a 7/10 and the Xbox a 7/10 also. The price of Live makes the prices about even. Eventually the Xbox will cost you more, but Live is supported better than Sony's online system.

Graphics
Graphics is something at which both consoles excels. In my opinion there is no notable difference. So I'm going to give the Xbox a 7/10 and the PS3 an 8/10, because of it's Blu-ray player, that delivers improved graphics when playing videos.

Controller
Both of these gamer consoles use cordless controllers, so there is no difference there, but the two are far apart in design. The Xbox controller has been designed with the user in mind, with its ergonomic features and unique feel. The Microsoft team has obviously spent a lot of time and money designing this controller and it was worth the effort. The new controllers shipping with the Xbox Slim, are even better to use than the original, but they have a very similar layout. In comparison the PS3 controller doesn't compare, it just doesn't feel as good in your hands. So because of this I'm giving the Xbox a 10/10 and the PS3 a 6/10. The Xbox controller is my favorite controller.

Exclusive games
In this category I can only see one winner from the beginning. Halo is exclusive to Xbox and is one of the biggest game franchises around with new releases each year. In comparison PS3 have no real rival. Most DLC is available earlier on the Xbox too. Resistance is fun, but Call of Duty is awesome. Because of this I'm going to award the PS3 a 5/10 and Xbox 360 a 7/10.

Appearance
This category that doesn't really matter to me, but I know it's important to some people, which is why I included it. The Xbox has come in more colors, but the PS3 looks nicer with its glossy finish. Which is why I'm giving the PS3 an 7/10 and the Xbox a 7/10. They are both better in different ways. Although, this shouldn't be a deciding factor.

General Rating
For the ultimate rating I will be giving my own evaluation for both devices. I own both the 360 and the PS3 so I feel I can be unbiased and each console has their own features that I like. But I'm going to give the PS3 an 8/10 and the Xbox a 9/10. This is because I enjoy playing games on the Xbox more than I do on PS3, but I can't figure out why!

I know many of you will have a different opinion than mine. Let me know which you think is better by leaving a comment and voting in the poll.

I know many of you will have a different opinion than mine. Let me know which you think is better by leaving a comment and voting in the poll.

Kinect
If you haven't heard of the Xbox Kinect, you will soon. Microsoft is spending $500 million on marketing for it. For those that don't know, it is a motion control add-on for the Xbox 360. Much like the Nintendo Wii and Playstation Move, games are played using motion instead of button presses. However, unlike the Wii and Move systems, Kinect doesn't rely on a controller to sense your movements. It uses camera's, infrared sensors, and microphones to track where you are and what you are saying. There is absolutely nothing you need to hold to play, which is pretty cool. No more broken televisions or windows resulting from controllers flying across the room.

In the end, you have to decide what you want out of a gaming system. If you enjoy motion controls, games that make you sweat, or group type games, then this is a fantastic new way for you to game. If you are more of a serious gamer, I'd probably recommend waiting until more games come out for the add-on. I am very happy with the Kinect. I have high hopes that someone will make a great game that really interests me soon. In the meantime, I can still enjoy all the hardcore games for the Xbox system. In this regard, the Xbox bundle package is really becoming a one-size-fits-all gaming system given how diversified it has become.

My gaming daughters are so going to love these new game consoles. I don't use them much but I watch my daughters play and the consoles are a vital part to have updated ad versatile, my like the integrated type. 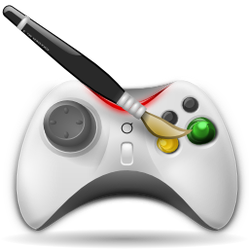 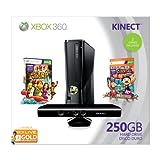